Nugent Says Palin Would Make Great President Because of her Looks. I Disagree, For He Has Not Taken A Gander at Yours Truly.

Ted Nugent does not think that Sarah Palin should or could be President of the United States as of today. Phew! Thank god, we nearly dodged a bullet. Nugent, a noted and well-known political theorist carries much sway amongst the voting public in America. I know it has not been long for me to revert to bad habits (you know sacrificing comedy and jokes for political commentary) but honestly, "who asked for your opinion?" Well, it appears to none other than Holly Bailey on behalf of Yahoo!'s The Ticket news blog.

Frankly, I could care less that an aging and irrelevant "rocker" is offering his opinion on a subject. We get it, you like guns and hunting... Are these skills necessary to running a country that does not engage in a hunter-gatherer economy? Um... Let me scratch my red beard and ponder this for a moment. The answer is a simple "no," we do not exist in a prehistoric epoch of humanity. We now have the beast known as Capitalism, which satisfies all of humanity's ills.

Here is the quote that I found particularly amusing. Nugent extols the virtues of Palin by stating ""She's coming from the street, she's coming from the we-the-people rank and file, she makes sense when she talks, she says all the right things, she's sincere, she's knowledgeable, she's articulate, plus she's damned good-looking." I do not know where to begin to analyze this statement. She is universally known as a walking disaster... When she is mentioned, it usually ends with the mentioning of her looks. I am sorry but if looks is all it takes then this handsome buck should be President. 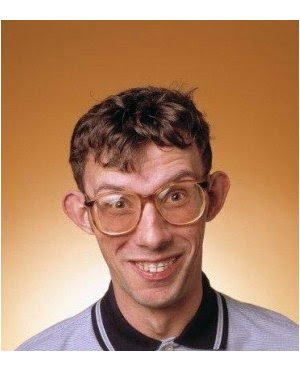 Furthermore, Palin lacks the necessary political knowledge to be the leader of the free world. Good job, you did not even finish your term as Governor of Alaska. Does that mean that when you see something shiny, you will drop everything to follow it? That is trait I want in a President. Lack of focus and will. Not resignation and cowardice, who does she think she is... Nixon? Doubtful after all, Nixon had "charm." I will say this, the candidate running on the "attractive" ticket needs a running mate, I will take you aboard but be warned you will merely be overshadowed by my inherent sexiness.
Posted by Manfred "Manny" Funkowitz at 5:17 PM