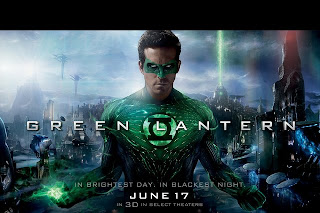 Bence with a new column that I'd like to bring to the offices of portemaus. I've really enjoyed myself these past few months writing about movies and hopefully sparking some discussion among the masses. Now movie night will continue to be my primary focus, but I wanted to branch out a bit so here I am with "nerdlert".

In case you couldn't tell, I'm a nerd. A big one, and if for whatever reason that wasn't apparent to you so far my next column is about "watchmen" and then after that I have a movie night about indie sci fi. Now I'm not saying I love me some d and d or mmorpgs but I know what those are and I DEFINITELY played magic in my youth. I love comics, and toys and sci fi and fantasy and super heros and "stuff" and things that blink. This column will be a place where I can geek out about silly nerd things. Ill probably only spend a few paragraphs if that on each thing and I imagine ill talk about a few things per article with no real connection between much more free form and random thoughts than the brilliant structure of "movie night"

So two things really inspired me to want to write this column. One was the new footage/trailer for Green Lantern, and the other was a graphic novel by Brian Wood called "Demo."

I mentioned that I love comics. Ok well I LOVE comics, my dad is definitely responsible for this. He used to take me to the comic book store and I would buy 2 or 3 and wed go home and read them together and talk about them and then play superhero or whatever. This obviously didn't last forever but I still kept collecting....I'd fall off for a few years but I've always come back. Comics are the mythology of our time and when you have someone like Morrison tackle batman or the x-men he creates classic LITERATURE. Fables, ex-machina, unwritten should all be taught in school.

Ok so that brings me to Brian Wood and "Demo". I discovered Brian Wood after reading his run on DV8..far different than anything Warren Ellis was doing with the property. I loved how different Wood's take on superpowers was, I then sought out DMZ which is by far his most successful endeavor as we follow matty the photojournalist through war torn manhattan. For whatever reason I never paid much attention to "demo", but when I finally picked it up and read the description about him writing short stories about youths with power I became intrigued. After reading some of the reviews describing it as an amazing modern day version of xmen I knew I had to but it. So as much as I agree that this book is the best version of xmen since morrison, its kind of misleading. For one there's no team...also each story is self contained. What he does is paint a picture of youth better than anyone in recent years and he injects all the drama and yearning to belong and emotion that comes with growing up and represents that with power. His stories always come to some conclusion on what it means to have power or control over your life. In some stories it is quite literal such as super strength or invulnerability, in other stories it is much more obtuse such as photographic memory or amazing observational skills.

The best xmen stories always mixed the fantastic with the real giving us an amazing story about youth overcoming intolerance and dealing with the extreme emotions involved with being young and different. When you look at "demo" with this filter you can see how he has created something that carries on this spirit. I don't want to go in to as much depth as I usually would with films because each story unfolds so beautifully and sometimes horrifically that they should all be experienced with fresh eyes. Instead I'll leave you with some ideas that are presented in this volume. What would photographic memory mean to a relationship, what if the best marksman in the world hated war, and lastly if your neighborhood hated your family for being different would you bring animals back from the dead to slaughter a city block. So once again I urge you all to check out Demo from Brian Wood, his examination of youth in the modern age is honest, intriguing and packs an unexpected emotional punch that is all too absent from stories of "powered youths."

The second item that really got the nerd juices flowing was the newest Green Lantern trailer. I'm a bit of an optimist in general and I always had hope for this film. Green Lantern, Batman, X-men and spider-man probably had the highest rotation for me growing up and I never thought I would ever see a GL movie come to fruition. Alas even I was a little worried after seeing the first trailer. Don't get me wrong sinestro looked amazing and the few seconds of oa looked cool but everything was such a tease that I was afraid it might not deliver on the epic scale it needed to. That has all changed with this 4 minute clip from wondercon. HOLY SHIT they made a frakking Green Lantern movie. If this new trailer is how the movie is going to be then they nailed the tone and look of the film. Abin sur crashing to earth looks brilliant, Mark Strong's voice rules....and Oa, the home of the lanterns, looks to be one of the most amazing easter egg filled scenes I've seen. As the camera pans over we get glimpses of Stel, Salaak, Boodika, Kilowog and more. If Campbell has put this much effort into the whole movie then the world is about to get smacked on its ass by the overwhelming cool that is Hal Jordan and the frakking Corps......like I said....big nerd. So if you have any sort of nerd in you or maybe you just like Mr Reynolds wearing skin tight CGI...go to Apple's trailer website check out this trailer and get ready for DC to have another hero alongside Bale and crew.

That's it for this first installment of Nerdlert. Hope you get as much enjoyment out of these two pieces of nerd culture as I do. Don't let the word comic deter you from missing out on some amazing literature.

Ill keep posting more and more but if you are at all curious about "good" comics here's some authors to begin with
Morrison, Vaughn, Spencer(he's new but his first volume of "Morning Glories" is the closest thing to a succesor to lost that I've seen)

Most anything from these guys is amazing.