I thought I would take a departure from the Muckraker and the tepid Trump article that is firmly entrenched within my craw, I felt that I would publish a premature Literature Society post. Basically, I wanted to pull something from deep within the cockles of me heart. The Literature Society was a logical replacement for the PORTEmaus Book Club which --let's face it-- failed because I could not stay on task. I am in the midst with finishing the Hemingway (thereby "old yellering" the Book Club or relieving it from the throes of death) and also working on Hebert George (H.G. if you're nasty) Wells' Tono Bongay as the inaugural post. So, here in its stead is a sneak preview involving some funny books.

Certainly, a lot of funny books or comics are formulaic and superficial, however their are comic series that transcend the genre. No Bence, while Grant Morrison did not write this (which is kind of good considering he has severe third act issues... With the exception of Batman and Robin which is solid) critically acclaimed, canceled and would have been forgotten series had it not been for a recent release in a series of deluxe additions with the final one released this past march. With the multitude of the series emanating from Gotham City with fantastic tales about corrupt city chock full of psychotic villains, superheros who rely on their wit, intellect and a utility belt full of sweet batarangs. Oh, how could I forgot a butler by the name of Pennyworth. 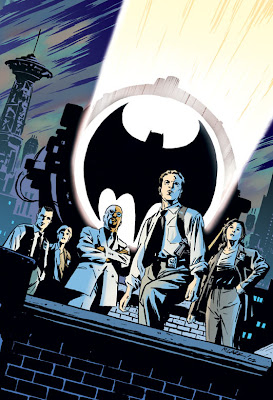 So, who really wants to hit the beat with a bunch of relatively unknown flatfoots on the mean streets of Gotham City when faced with that as competition? The answer simply (at the very least) is Manfred Funkowitz. Gotham Central is quite possibly the best series (subjectively speaking) to be printed by DC Comics within the past decade (this is very bold talk considering their stable of characters, writers and artists). Ever wonder what a police procedural set within a city where the police and their work are overshadowed by the specter of Batman? This is Gotham Central. 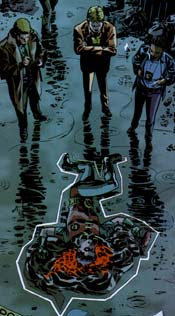 The series follows the officers (of the Night and Day shifts) comprising the Major Crimes Unit (MCU) who handle the "freak beat" and routinely run afoul of villains the likes of Joker, Two-Face, Mr. Freeze among the common thugs that round out their work days. It is very rare in the mediums (film, music, literature or what have you) outside real life where you encounter rich and interesting characters... To the point where you treat them almost like living, breathing beings in their own right (Deadwood fits within this category but that is another topic for another day). 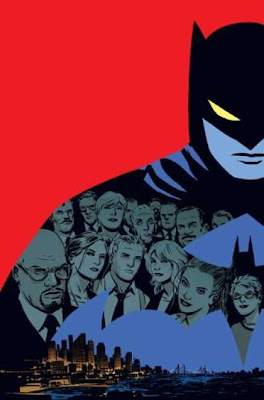 Spanning the period of three years or forty issues, Gotham Central was not long enough. The fortieth issue ends with the death of one of their ranks and that was it. Sadly, it seems that the series never made its projections and it was finally given the ax. It is a shame, it was refreshing to view the world of caped individuals through the lens of "real" people. How does the actions of a vigilante in a cape and cowl affect the psyches of law enforcement officers. Surprise, Surprise, many of them despised him and loathed the fact that a signal (which only the office temp can operate or it implies the city backs his actions) bears his emblem on their place of employment. 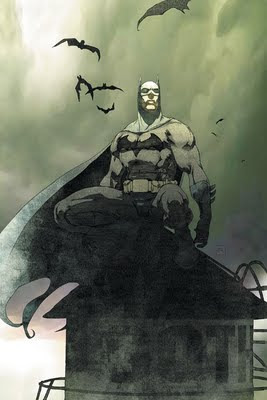 One post could not even begin scrap the surface of this series. One could have told stories as a city held hostage by the joker armed with a sniper rifle from the perspective of the cops hunting him and still not done these comics justice (not a pun... or was it?). The whole time I read this series, I felt that it would make an amazing television drama (not on the CW)... Not only that, it would be popular. This is not surprising considering the popularity of The Walking Dead. It almost had me dust off my typewriter to crank out a spec script for the comic. Thankfully, my fear of copyright infringement kept my nerdiest urges in check. Needless to say, it was a great series of issues.

Epilogue:
I would like to close this early morning rambling with the following thought. I hate... nay loathe... abhor... Yes, that is it! Abhor the term, "Graphic Novel." It seeks to gain legitimacy from people who will not read them anyway. They are collections of single issues not one single work that spans xxx number of pages. When I was young and being made fun for reading them, we referred to them as "trades." Not many people will care about this short paragraph but I wanted to get it out there. Good morning, ladies and gents... Can you hear the rooster crowing?
Posted by Manfred "Manny" Funkowitz at 12:19 AM