So, Osama is Dead, Wonderful... But, Is America Suffering From a New Afflication... Premature Celebration? 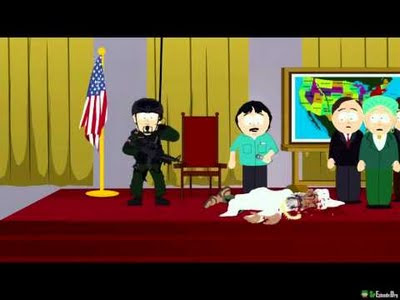 A wise animated character once stated "We got him" and much like this episode of South Park, the whole situation with the real life Osama Bin Laden ended in a similar random fashion. You might be wondering what I meant by random but lets face it... He kind of has been a bit of a specter these days. Perhaps, all of the cave dwelling and dialysis makes one less than ready to be in front of a camera. I always thought it was funny that he enjoyed being in front of one since he had a face for radio (or one that only a mother could love).

So after a decade... A bleeding decade of sporadic and random appearances by the bogeyman... He is dead! DNA confirms it... Dead. Just like that. What a way to quiet all of the naysayers about your birth and education. You did what the demi-god of Neoconservatism and preemptive war could not... You delivered the head of the most wanted man in recent American memory. Good on you. 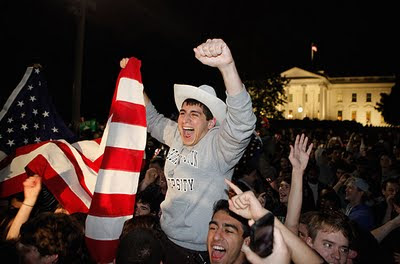 As a betting man, I had my money on father time on doing him in. Hell, Vegas had two to one odds that it would have been an elaborate contraption involving an anthropomorphic coyote, an anvil, seven sticks of dynamite and an ACME plunger not an elite squad of commandos. So, why I am not getting wasted and sitting bare ass on copier? Kind of because it does not change anything. The Taliban will still be a thorn in the side of American and NATO forces in Afghanistan (Where is Mullah Omar?.. That would make a great shirt idea by the way). A little known terrorist group... Perhaps you have heard of them... Al Qaeda will still take potshots at the remaining American forces in Iraq and elsewhere. It will not force the remaining members to give up their arms and return to less harmful activities such as gardening, it might prove quite the contrary. So, sorry if I did not drop everything and head to the White House like the Nationals won the World Series.

Is the world better off with him dead? You bet your sweet fanny, it is. However, it is, if anything else, a symbolic victory in many ways. It removed the symbol of Al Qaeda, proved that we can get targets who are above "number three" in that organization (How many "number threes" have been killed... Twenty? That is not a job or promotion that I would want) and given Obama the kind of street cred for handling terrorism. Not bad for a Sunday evening here in the states.
Posted by Manfred "Manny" Funkowitz at 9:03 AM