Even Without his Citzenship, Superman is Still a Major Tool (Among Other Adjectives) 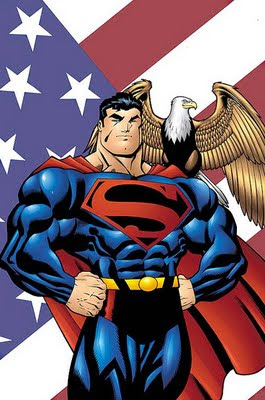 There are many word used to describe comics most controversial superhero. Truth, Justice, embodiment of the "American" way... oh, I forgot, major dick. Well, Superman can add another one to his descriptors, Traitor Rex or king of the traitors. It seems that Superman in response to the practices of the United States Government has renounced his citizenship. My initial response to this development was "good riddance," lets face it, in the hallowed halls of PORTEmaus, the bat is king.

Then, I dwelled upon the story further and several points immediately began to manifest. First, this is a pretty ballsy decision by Superman considering he is an illegal immigrant or alien in the literal sense. I say deport his arse back to where Krypton used to be! So, he was adopted and his parents illegally obtained citizenship for their alien son. I say clap Ma Kent in irons and send her to Leavenworth Penitentiary... Also, institute a sentence of cruel and unusual punishment or smashing rocks. Leavenworth is an all-male penitentiary, you say? Oh raspberries. 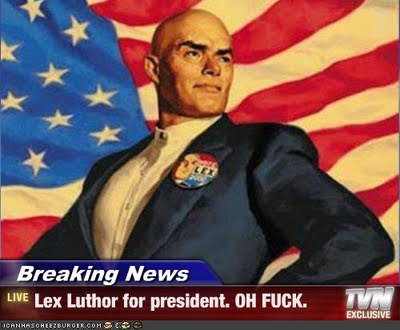 In addition to be being a grade A jerk, altogether traitorous to his adopted county, Superman is a colossal hypocrite. I think it is laughable that he would renounce his citizenship over the policies of the current administration. Why was everything hunky-dory when Lex Luthor was President of the United States but not Obama. Hark! What is that? Could Superman be racist? It is either that or he secretly has a man-crush on his arch-nemesis.

What I really find amazing is that Superman renounced his "citizenship" but how can a superhero do this? The answer is they cannot since they do not have a social security number, vote or pay taxes. This means come Monday, Clark Kent is back in his cubicle at the Daily Planet typing up his "stories" and no one is the wiser (then again, who cannot put two and two together). This means that he is also massive coward. At least have the courage to ruin your alter ego as well... Jeez, you are practically god after all. At least, then you could be Lois Lane's trophy husband full time.

Without his citizenship intact, Superman can follow his true calling... 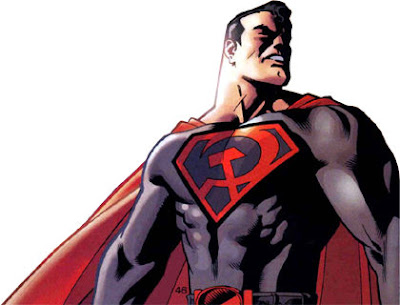