The Hunger Games: An Engaging Novel About Love, The Struggle of Life and Forced Hand to Hand Combat 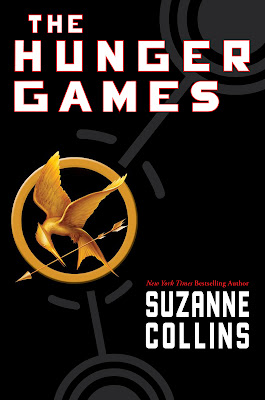 The Hunger Games - Suzanne Collins
I will be first to admit that I am a literature elitist. Sure, I read comics but my heart still resides with fiction titles that are tried and true. Honestly, this predisposition made me unreceptive to recommendations for popular or modern fiction. Needless to say, I miss out on some great books because of this. It took hearing the virtues of the book from a colleague (from my internship) and also a student from the latest cohort that led me to read this book. This is surprising considering if it gets younger people to read it, I will give it a chance.

The Hunger Games is a novel that is a mixture of Shirley Jackson, George Orwell and Battle Royale set within post-apocalyptic America. Sure, this is not literature on the same level as those mentioned earlier but that is minor gripe considering this book is intended for teen audiences. With that said, even I was not disappointed with this novel.

The Hunger Games boiled to it's essence is a despotic capital that forces it subservient colonies (there are twelve of them in all and a thirteenth which is rubble) to sacrifice a boy and girl (24 in all) to fight to the death for the amusement of the Capital and all of Panem (America in the future). The reason for this policy or perverse "tradition" is because of a failed revolution involving all thirteen colonies.

Enter Katniss Everdeen, the protagonist of our story, the willing participant within the Hunger Games in place of her sister. By her side is the male participant from her district (equivalent of state) 12... They are considered longshots in this competition but they have a secret. On a daily basis, Katniss violates the rules of her society by hunting outside the confines of her district.

Undoubtedly, this will make her a force to be reckoned with should her hands get wrapped around a bow and arrow. Killing will not be an issue for her, the fact that her partner (and the memories associated with him) must die by her hands is. Yet, Katniss is a survivor and as such she will do anything return to District 12 and her younger sister, Prim.

The Hunger Games is far from an original concept as it is reminiscent of other stories. Some of which are done better in the works they might have been derived from (Battle Royale). I am not sure where the concepts came from and honestly, I am not concerned. After all, I sat through a movie which was basically an unofficial remake of another film.

Overall, I enjoyed The Hunger Games and with good reason... It is an interesting story that while predictable keeps you turning the page. It is an easy but engaging read that I could not put down. It certainly made my stay in a dorm for a week bearable and gave me something to do other than watching movies. It was good enough to have me interested in the two sequels. So, give it a read... You almost certainly do worse... (Cough, Cough) Twilight.
Posted by Manfred "Manny" Funkowitz at 8:26 PM