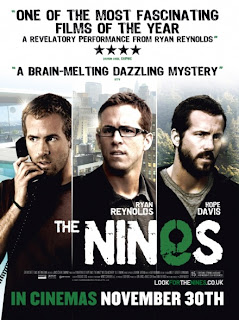 Ok so for this installment of Movie Night I had originally planned for the first film to be Zack Snyder's Watchmen. I started writing it and everything, but things fall through the cracks and I never picked up where I left off for one reason or the other. I still plan on writing about it because I think it would be perfect for this column, but as anyone knows forcing inspiration is hard.

So the first movie under the "Underrated and Underseen" is The Nines from director John August. August is most known for his collaborations with Tim Burton, acting as screenwriter for Big Fish and Corpse Bride to name a few. This was his first foray into the realm of directing and like most people working on passion projects he had to work with a very small budget in order to keep the integrity of his project(his OWN house is one of the main locations). This film falls much more into the area of "underseen" than underrated, since most people I know that have actually seen it find it just as intriguing and clever as I do. It opened in just two theaters across America, and even though it has Ryan Reynolds as the star, the film never took off due to its complicated story.


The plot of the film consists of three stories that are intertwined with one another in one way or the other. The first story is about a self-destructive actor in the middle of a nervous breakdown. He is placed on house arrest inside a TV writer's house while he is on vacation. The second story is the story of the TV writer and the reality television crew that is following him as he struggles to get his Pilot "Knowing" picked up by the networks. The third story is the actual pilot that the writer has been working on. With me so far? Good. Because now it gets crazy, so if you're at all curious and don't want to know anything before checking the movie out stop now...otherwise you've been warned....read on

this is the part where he loses his belly button
Throughout each of the sections our protagonist, played by Reynolds in each section, comes to realize that reality is falling apart around him. The number nine abounds in everything these characters see, whether its phone numbers, ratings scores, or creepy voices on the phone chanting "nine, nine, nine." In the first segment Reynolds overhears his caretaker and neighbor have a rather ambiguous and foreboding argument about hiding things from him. This leads to an awkward confrontation with his caretaker in which she tells him they've known each other for years and that he is a "higher being" than humans. Also Koala's are telepathic. In the second segment the TV writer whose dreams begin to fall apart begins to question if his show even exists. A bit on the nose for the theme of the film but it manages to end on a strong note as we see that he has been a puppet all along in some other persons game, literally. Finally in the third segment which we know is not reality since it is the pilot that we've been hearing about for the whole film, Reynolds runs across a mysterious stranger in the forest who drugs him and attempts to shock him back to "reality" and remember who he is. 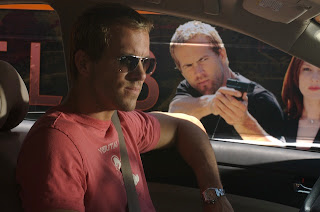 Still there? OK I'm going to briefly discuss what I think the movie was trying to say. There's a lot going on with insights into the surreal and frustrating land of TV producing, commentary on actors struggling with identity and separating themselves from their roles. For me though the movie's main thrust is the relationship between creator and creation. Each segment examines this conflict in their own way with Hope Davis and Melissa McCarthy acting as representatives for the two warring factions. In the first segment Reynolds is a successful television actor who is on a downward spiral of recklessness. Unhappy for whatever reason with the life he has led he goes completely counter to the role he plays on tv, that of a hotshot "crimelab" cop, by doing drugs, picking up a prostitute and burning down his house. This breakdown takes up the first 5-10 minutes of the film and is the result of Reynolds rejecting this role that he "created." Upon going on house arrest Hope Davis plays the next door neighbor who continually tries to seduce Reynolds to continue on his badboy ways, while Melissa McCarthy plays his publicist who is in charge of keeping him in line so that he can continue to live withing this role. Like all segments, as the story nears its conclusion reality begins to be questioned which ends(we think?) with Ryan destroying the universe after a very strange revelation from Melissa McCarthy. 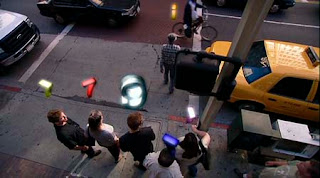 The second section deals with Ryan Reynolds as a TV producer trying to create a TV show, so while the first segment involved direct conflict WITH the creation itself, being the image you have created, this segment was about the conflict of bringing your creation to fruition without it being taken away from you. There is constant discussion of control during this segment, with Hope Davis representing the studio system or those that wish to pull control from the creator. Melissa McCarthy is the representation of integrity and pushes for Reynolds to stay true to his vision, even giving him grief over having to do some "dubbing" in order to clarify some scenes in the pilot. Ultimately, this segment ends with us realizing(like i said before) that we are all players in some larger game in one of the more out of left field surreal sequences the film has to offer. 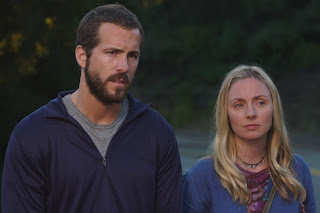 The final section is of course the pilot in which Reynolds and McCarthy get stranded in the woods. This is the "thriller" section and here the conflict between creator and creation is more of creation rejecting creator. Here we get the big reveal that Reynolds has been the creator in the most literal definition of the word and there are people out there who have been trying to get him to stop creating. To the extent that the woods have stranded Reynolds and placed him in the hands of Hope Davis the nature loving killer with a passion for drugging water bottles. McCarthy struggles to keep the "family" together and begs Reynolds to not go into the woods seemingly trying to save him from his ultimate fate.

This movie manages to take this rather high brow subject matter and make it accessible, while at the same time giving us an entertaining and thought provoking film. We could sit here for hours going over EXACTLY what the nines are or if Reynolds is God or just someone powerful or even if August is trying to say that he is God(highly doubtful). Like I said, for me the theme of creator vs. creation is the most interesting. Even this theme can go a ton of different ways but specifically I think that August is giving us an insight into the plight of an artist, specifically writers, and the constant battles they have with their work. Trying my hand at screenwriting more than a few times I can tell you as can anyone who has ever tried to finish a script is that it is a grueling and frustrating process. The script fights with you, you fight with the script and when you actually like, there are a million people out there who try and tell you to change this or that, and he manifests these internal conflicts into these three intertwining stories. Also Koala's should not be trusted. I hope you check this film out because it really is a great example of filmmaking and gives you something different than the status quo. Always nice to see Reynolds showing off that he really is a talented actor. 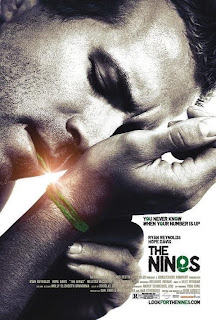 One last thought - There's some string theory in there for good measure as well.
Posted by Bence at 8:30 PM