Sarah Palin to Hollywood Celebrities: You Guys Are a Bunch of Meanies! 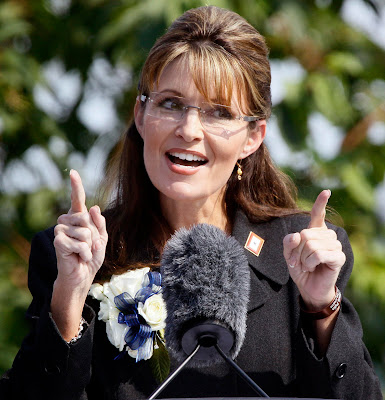 It seems that not only is Sarah Palin dim, feebleminded and altogether dense... She is incapable of receiving criticism from people residing on the other side of the political spectrum. To again emphasize the adjectives in the opening sentence does she not realize what American politics amounts to? Besides dull vagaries and slogans, it is good old fashioned name calling. For anyone who has a public life, this is an occupational hazard.

Compounded by the fact that when her mouth opens and she spews out some drivel (Who can forget the "Russia" quote or the one about our "North Korean Allies) that highlights her lack of intelligence... It is no wonder she receives criticism. It would be hilarious if she was not a part of the American political discourse. You know, if we were on the outside looking in. How about the fact that if a camera is rolling anywhere in the world, she somehow has to be in front of it. Somehow, somebody caught on to this behavior and decided the best way of spending (or wasting... depending on one's perspective) money is to make a documentary on Sarah Palin. The end result is a The Undefeated. 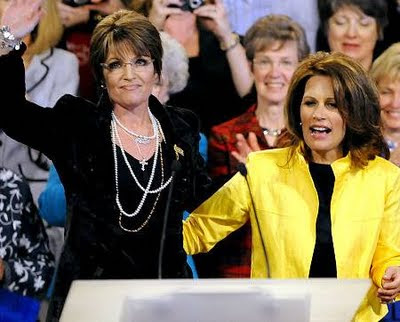 Evidently, the purpose of this film is to highlight Palin's potential 2012 Presidential campaign and also "preserve her legacy." I suppose I should break these down separately. It will sound extremely odd coming from me but I hope Palin runs for president. Not only will she cancel Michelle Bachmann (It is simple mathematics 1 Conservative woman with glasses + 1 Conservative woman with glasses = Confused Conservative voters) but as a polarizing personality within America (as is Bachmann) she will not be able to garner enough moderate Conservative votes to win nor any undecided independents or Liberals for that matter. Furthermore, she will simply saying dumb things on camera and cast any of the GOP's hopes in a negative light. After all, if she wants to blame someone for 2008, she has to look no farther than the nearest mirror.

As for preserving her legacy... That is rich. What legacy does she have exactly? She was elected to the governorship of Alaska because the previous governor was woefully unpopular and bought his way into scandal with a jet purchase. Anyway... Legacy. So, dwindling popularity as governor, making a presidential campaign comparable to a "sinking ship" (Of course, no one wanted McCain as president) and several ethical questions about her time as governor... Now, that is a legacy to protect! I know, let's fund a documentary to be made and give it the worst title ever... The Undefeated... Wow. For those keeping score at home, she lost a presidential election... Therefore, she is at least 2-1 (She was mayor of Wasilla). I may be a simple man but even I know she should be 3-0 to actually be undefeated. I suppose I am thinking too much into it.

The title is not the controversial part of the film, it also shows a bunch of celebrities trashing Sarah Palin and calling her names. This is something that makes her sad and convinced that they are "full of hate." I guess now she has something in common with George W. Bush. To bring this article full circle, Palin is capable of "dishing" such things out (Even to the point of callousness towards a Congresswoman who was just shot and Jewish people by comparing her "persecution" to the blood libel) but is not able to take them. This perspective might prove to difficult for her to understand. Let me explain to her in terms she might understand, maybe if you (Sarah Palin) thought (with your brain) before you speak maybe you might say something that celebrities cannot use to lambast you with later. If you cannot do that then perhaps you should quit being an opportunist and stop being in front of any camera that has film in it. Honestly, if you can find a simpler solution to your issue with those liberals in California, I would be happy to hear it.
Posted by Manfred "Manny" Funkowitz at 11:08 PM