Six months by Bence...or an exercise in extreme narcissism 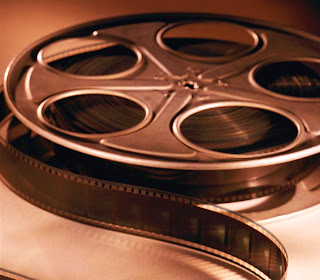 Good day to you all. It's been six months since I applied for the position of film columnist here at PORTEmaus, I never knew it would result in such an amazing experience. Having climbed the ranks quickly I am happy in my post as Vice Chairman of the board, while continuing my duties as a contributing editor.

But you all know that's just silliness. I've been writing here for six months. That part is true. I love it. Also true. I've said it before but Manny has really giving me an opportunity to essentially live out my dream. Maybe not exactly as I had envisioned, but everyone starts somewhere. It should be no surprise that I love film. And for the longest time I've said my dream is to be a writer. Whether it be stories screenplays, whatever I just wanted to write. Manny has given me that opportunity. I have tried doing something similar to this, but never to the success that I have had here at the maus. So once again thank you for your readership, I appreciate everyone of you and I hope you enjoy reading the hard work we all put in here as much as we enjoy writing it. So today I wanted to take a look back at some of my personal highlights and discuss a few ideas that I have about the future of the maus.

I started here writing about my top ten of 2010, which was only meant to be a one time thing. I later approached Manny about making it a permanent thing where I could write about film maybe once or twice a month. For the first few months it was, I did a piece on the oscars, on serial killers, on vamps. All with about 2 to 3 weeks in between. Then something started happening. All of a sudden you started to show up, first 20 then 40 then hundreds. It was an exciting time, and one thing became perfectly clear. We needed more content. 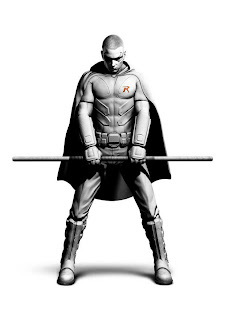 Thus was born "Nerdlert" in which I look at a melange of subjects that get my geek juices flowing. This is my solution to a quick blog that I could write while still keeping it full of the same passion with which I wrote my film pieces. Nerdlert has had some varied success, with my Dark Knight Rises and Avengers pieces being by far the most successful. Personally my favorite is this piece about what we would need if the world really did end when the old dude said it would.

Still not enough I wanted to keep exploring different areas of film, and something that has always been a passion of mine is home video. So reviewing the weeks dvd and blu-ray releases became a natural progression. I will definitely continue to do these and hopefully get them to you on time every week. Although this week I'll probably be a bit late(I do have another job that actually pays the bills). Of course I will also continue to update you all on the films I actually get around to. Something I started with the Summer Preview and have been able to keep up with pretty easily, with the exception of I Saw The Devil which took me quite a few weeks to get to.

Perhaps the newest edition to my ouevre is the inclusion of Idiot Box. This is a television catch all which Manny has some big ideas for and I am excited to see him begin exploring this section more. For now the staff and I will be sifting the 20 plus years of Simpsons episodes and giving some brief commentary on each episode. A childhood favorite of mine and still the best tv show of all time, one I share with my son the way my dad shared it with me, some of my favorite times writing have been about this show. Here is my favorite piece i've written about so far.

I know I'm known for being long winded, but that's why I try to explore some different alternatives so that if you don't want to read through my novels of film theory you have a different alternative to get some film loving your way. Such as my single movie reviews when I am updating my summer list (fall list coming soon.) Or updating my weekly wish list. Also I have started Underrated and Underseen(yah I know it's not a word but it's my article), which I will take a look at movies that are well...underrated. This started with my views on The Nines, from John August, and coming soon should be my long in the rafters Watchmen piece, as well as some work from a Coppola. 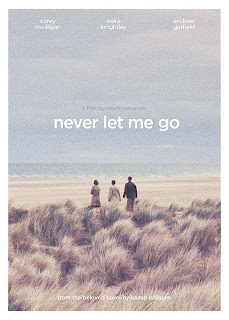 Movie Night is easily my favorite article to write, where I am able to indulge in some awesome pretentious discussion on film, I hope that at least for some of you, you enjoy it as well. Or at the very least have some sort of reaction to my thoughts either negative or positive. The bread and butter of movie night are the pieces in which I look at movies with a loose theme and discuss them through that filter, be it vamps, or low budget sci fi, or meditations on serial killers. My favorite pieces though were my article about being in your twenties without direction, and also this piece about Never Let Me Go, a film I saw after a family tragedy shattered my life. Movie Night will continue to be my main focus and expect to see more directors series to join Gondry and Kelly, I'm thinking a piece on Refn will becoming as the release date for Drive nears

So what's up next for Bence and the Maus? Some collaboration pieces are in the works. There is an exciting piece that Hawk and myself have been trying to get off the ground taking a look at one of Hawk's heroes. Manny has already submitted a piece on The Simpsons and the rest of the PMaus crew have expressed interest in contributing to that as well. Lastly, we here at PORTEmaus have never intended to be a "news" site. Our business lies in opinion and theory and taste. So I struggle with trying to work out how I would incorporate film "news" pieces. You see the beginnings of that in my Avengers and The Dark Knight Rises pieces, but going forward I am going to continue to explore different ways I can write about film news while still keeping the same spirit that hopefully weaves through my other works.

And in case you haven't noticed we have been expanding into various social networks. So please follow us at www.facebook.com/PORTEmaus or on twitter @PORTEmaus. Also our new Director of Social Media, Twincess, has been placing us onto blog websites. So over there on the right you can follow us as well and get updated on PORTEmaus even faster.

THANKS AGAIN FOR READING I've had an amazing time writing for you all and I can't wait to continue my work here. Starting with what I feel is an appropriate movie night...about the plight of writers and the process they go through.