Summer Preview UPDATE We think you should be called....Magneto 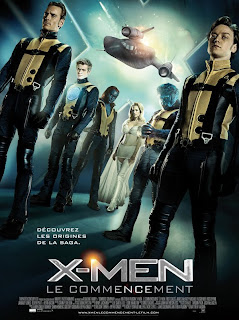 The summer is off to a great start. First the success of Thor is a good sign for Marvel hopefully letting Joss do his thing without too much intrusion. Kung Fu Panda 2 proves that Dreamworks is capable of creating sequels better than the original, Tree of Life has received some amazing reviews and I can't wait to see it. Today though it is all about X-men.

Batman, Green Lantern, Spider-man, and X-men. These were MY heroes growing up. I read plenty of FF and Iron Man and Flash and Avengers, but nothing compared to my big four. The X-men were probably tied with Batman for most of my life, and in terms of lifetime love probably still are. Unfortunately whereas Batman continues to redefine the comic book with its brilliant stories from Morrison and now new Bats Superstar Snyder, X-men have been struggling in the quality department. But this isn't about the comics this is about the new movie from Matthew Vaughn.

For those of you that don't know Vaughn was the producer on Guy Ritchies first two films, he then went on to direct Layer Cake, a badass installment in the English Gangster genre obviously influenced by the work he did with Ritchie. He went on to direct Stardust and Kick-Ass two very underrated films which take their respective genres (fantasy and comic book) and turn them on their head. He was originally slated to direct X3 after the studios decided to kick Singer to the curb, but when rushed deadlines and an unfinished script came along Vaughn had to leave the project and it was handed to hackmeister Brett Ratner. After seeing First Class I am more upset than ever that Vaughn was unable to play in this sandbox so many years ago.

Vaughn handles X-men: First Class with confidence and swagger as he takes the X-men through a much different time period than we might be used to. Placing our heroes in the middle of the Holocaust and the Cuban Missile Crisis Vaughn rewrites history with the mutants behind it all. I said before that Thor adapted the comic perfectly, a comment I stand by. Thor captured the playfulness and the drama that exists within Thor especially during Stracyzinski and Fraction's time with the property. This film is much less a comic adaptation than Vaughn taken the X-men and creating his own story. He manages to capture the essence of the X-men, while creating a completely different look at the famed superhero team. If you ever thought you would ever see the X-men transformed into international super spies then this is the film for you. I have a piece on Watchmen in the works in which I reference the necessity that adaptations must capture the soul of the property, and not necessarily replicate the story beat for beat. Vaughn does that here, but in such an original way that we have never really seen before. There are few glimpses into the past of Charles and Erik within the comics but we do know they were friends who worked alongside each other for a time, before ultimately going there separate ways, but I personally have never seen someone go so far in depth into their relationship. In fact aside from Mike Carey and his run on X-men Legacy Professor X has been on the sidelines lately.

You have to hand it to Vaughn for how ballsy this story is. First off there is no Wolverine(or is there?..eh go f*ck yourself), two aside from the Charles and Erik there is no widely recognizable X-men, save for maybe Mystique. Even with her I doubt people know much about here other than what Rebecca Romijn did at the turn of the century. For a fan such as myself seeing a HUMAN beast, Havoc, and Banshee on the big screen were dreams I never thought would be realized. Nick Hoult does an amazing job as Hank McCoy and we see the inner turmoil within him as he struggles to find a "cure" for his deformity. This is pretty true to the comics as the first incarnations of Beast had him constantly trying to fix his "beastlike" features. Hoult plays it with an innocence and charm that when he see his ultimate fate at his own hands its devastating. 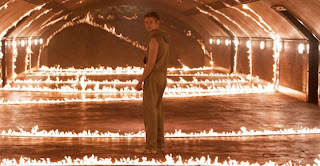 Lucas Till has a bit less to do as Havok but his heroism definitely shines through on multiple occasions, a trait that was ALWAYS in the comics even when he was pissed off about his more famous brother. Caleb Landry Jones really makes the most of his time as Banshee, who perhaps more than Havok, I never thought would be on the big screen. His training sessions are rather obvious but entertaining nonetheless(we all knew he would fall at first). I will save "Angel" for a bit later. 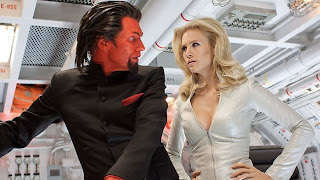 Then we have the villains. Sebastian Shaw as the main villain? AWESOME. Again hats off to you Mr. Vaughn for choosing Shaw, who is a strong force in the comic, but outside of that he easily could have picked Apocalypse or Mr. Sinister and received much more fanfare from the populous. Kevin Bacon takes on the role and SHINES. I don't dislike Kevin Bacon, but I was relatively indifferent when he was cast. He is such a masterful villain here as we see how much influence he has over everybody including our "hero" Erik. Sidenote....I never thought seeing Shaw's ability would be so awesome on screen, but Bacon sells every touch and every explosion as he moves through this world causing destruction and despair everywhere he goes. Aside from him the rest of his Hellfire club are rather forgettable in terms of character. Azazel is cool as a soldier but Nightcrawler's supposed father seems to have no personality at all. Riptide is another lowpoint along with Angel who I am so confused about. They could've just called her Pixie(cause that's who she is DAMNIT) January Jones as Emma Frost is an interesting dilemma. On the one hand she is supposed to be "cold as ice," I feel like January Jones sometimes takes this too literal and makes her character seem wooden, sometimes I feel she nails the cold soulless delivery. I never said the film was perfect, but I feel with Bacon being so amazing as Shaw Vaughn did not want to clutter his film like Ratner or any of the other comic films out there. Still though a bit more from the rest of the Hellfire Club would have been nice. 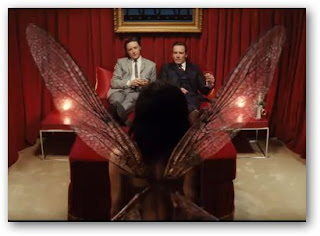 Rose Byrne does fine as Moira, and I'm glad they included her in this story. Moira is so important to the backstory of Magnetor and Professor X, that to see her given a bonafide character and important role in the creation of the X-men was a welcome addition. 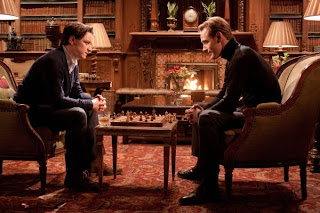 Everyone knows what the big show is though right? McAvoy and Fassbender coming to the plate and both hitting homeruns as Charles Xavier and Erik Lensherr. McAvoy plays Professor Xavier as a brash young genius using his gifts to pick up coeds with some fancy word slinging and mindreading. It's refreshing to see a take on Professor X that is vulnerable and fallible. We see him make mistakes, and ultimately lose his longest and only friend Mystique to the darkside. Fassbender is definitely the star of the whole movie. His Magneto is a repressed ball of anger and fury that is ready for revenge. He is a globetrotting assassin with a mission ready to kill all who stand in his way. Charles comes in and tries to show him how to channel that energy for good and the movie shows how close these two got during the duration of their friendship only to have them become on polar opposites of ideologies. Fassbender is an amazing actor and fills his Magneto with the same vulnerability that we see in Charles, but where we see insecurity in Charles, Erik shows us the pain he harbors inside. The film would never work without the chemistry between the two main actors. Fassbender and McAvoy are purely believable as mutants on opposite ends of ideology who come together with a common goal only to have their inherent natures tear them apart. Vaughn knows exactly how to play the drama so the moment when we see these two separate we feel the pain that Charles is feeling both physical and mental. 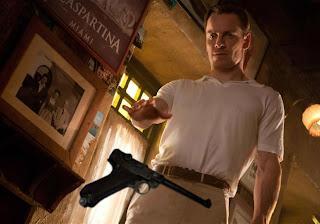 Vaughn shows us a time when mortal enemies were still friends. When mutantkind really was united against a common foe. He showed us how this team of heroes began and how powerful they could be when they realized their potential together. A tragic thought when we see how far these two sides have grown apart in the Singer films. This is played with confidence from Winter's Bone nominee Jennifer Lawrence. I have never seen a portrayal of Mystique so human. Lawrence is dying to be accepted and when Charles does not return her constant advances she turns to Fassbender who constantly reassures her that her true form is beautiful. If it weren't for some horrible dialogue regarding "codenames" she would definitely be close to the top of my list of "wins" for this movie.

So where does this land in the series? I'm not sure yet. Vaughn has brought respect back to the X-men franchise though, that is for sure. X3 and X-men Origins: Wolverine were travesties that should all be forgotten. This film takes the series in some exciting new directions while still keeping true to Singer's original vision. As of now I would have to say this is behind X2 for me. X-men have never lived in the same universe as The Avengers. Even in the comics the X-men deal with much more political and real life dangers. Sure they battle intergalactic foes and people bent on world domination but the X-men have always fought against intolerance and annhilation. They have always been a metaphor for what it means to be different in a world of conformists. So while Thor was playful and fun, and I'm sure Captain America will contain just as much whimsy, the X-men show us a more serious version of the world where super powered beings influence world powers into war, and other factions serve to protect humanity from destruction. No it is not the gritty real life that is the Nolanverse....nor does it need to be Manny. This is the X-men. Properly realized and placed into the middle of history as superspies, assassins, warmongers, scientists, rebels, and womanizers.

That's about it from me. I believe Manny has his own take which should be up soon so be sure to check out his thoughts on the property. As always be sure to follow us on Facebook or on Twitter @PORTEmaus to get all the latest that the maus is up to these days. 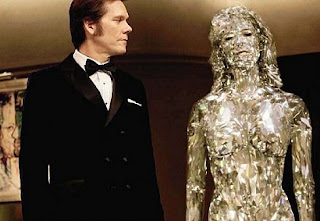 One last thought - with all this time they still couldn't get the diamond form to look right?