We Envy The Angels: Submarine

Submarine
I remember having a discussion with Bence years ago regarding Zach Braff's directorial debut (or more appropriately mess), Garden State. You can guess that he enjoyed it and I had not. I had said that the film was horrible and he said that it was not the greatest film but that it provided a foundation for his future films... He also thought (something to the effect of) that it is difficult for a first time director to knock one out of the park. Thankfully, I think that this is more an issue of Braff's lack of talent as director since many first time filmmakers have made lasting impressions on the medium. Directors such as Christopher Nolan, Duncan Jones, Jean-Pierre Jeunet and now, Richard Ayoade (to name a few directors from various eras in film) have directed wonderful first films.

One might wonder the connection between Zach Braff and Richard Ayoade outside of the relative quality of their debuts. Both are sitcom actors and have also directed episodes on television. Again, Ayoade proves that maybe a filmmaker is not limited by the medium either as a actor or director. In fact, Ayoade excels at both, whereas Braff will never get past mediocrity. Hopefully, this means we will never see Braff's second film, while I wait anxiously for Ayoade's. 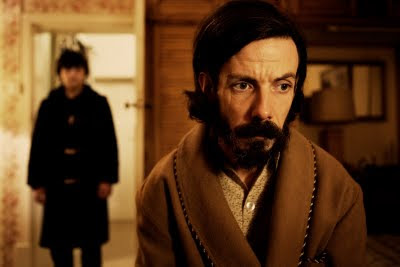 Submarine tells the story of Oliver Tate, a fifteen year old boy from Swansea, Wales, who like most kids his age, fantasizes his own importance (through the lens of his own death) and lusts after girls. Oliver's life is also compounded by the fact his parents are engaged in a loveless marriage and seem to perpetually verge on divorce. Could it be that his dad's seemingly depressive state which is highlighted by his moping around in a tan bathrobe and mug of hot water with slice of lemon be to blame? Maybe. Perhaps, it is Mother's yearning for her mulleted new age guru/ ninja past love, Graham. 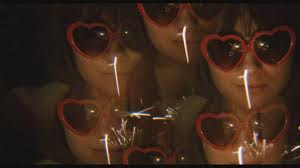 Whether it is either cause, Oliver is able to find happiness in the form of Jordana Bevan. A girl who happens to be approachable because of her allergy induced eczema. At first the novelty of their relationship is built upon the notion that it cannot be serious. This results in a lot of wandering around, burnt leg hair and fireworks. Things take a turn when Oliver botches the night set to lose his virginity (he ends up succeeding with the letter he writes her to mark the occasion) and Jordana's mum getting a brain tumor. Needless, to say when the problem with his parents rears it's ugly head again, Oliver must choose between supporting Jordana through a difficult time or save his parents marriage. By choosing the latter, Oliver loses the girl and ends up with a kid with a neck like a giraffe. As the situation with his parents works itself out, Oliver finds himself unable to be without Jordana and vows to win her back. 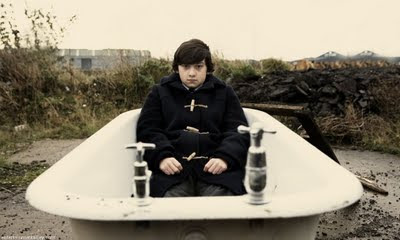 If Richard Ayoade continues his directorial and scriptwriting career in the vein of Submarine, he will be known as the English equivalent of Wes Anderson. This film has the same acerbic wit and sarcasm found within an Anderson film. From the perspective of cinematography, the film is gorgeous and honestly was my first exposure to Wales in cinema. It also forced me to make a mental to visit Wales when I make my jump across the pond.

Since I am considered to be "cynical" in my approach to reviewing films, you might wonder what is wrong with this film. I would be lying if I said that I was not worried that Ayoade's debut might end up a disaster of Garden State proportions (see how I brought everything full circle?). However, I was able to assure myself that unlike Braff, Ayoade is a talented individual on both sides of the camera. I can safely say that I do not remember anything glaringly wrong with this film. The end was satisfying and it kind echoes the sentiment of this kindly old gent that I spoke with today (regarding film), "you can not beat European cinema when compared to American." In short, the title of best summer film (thus far) has been usurped, bad news chummy (Super 8).
Posted by Manfred "Manny" Funkowitz at 7:17 PM