Slow week, but that's ok Friday brings Hal Jordan to the big screen. I gotta say every new scene I see looks EPIC, but I'm starting to get nervous. I don't expect to be as good as The Dark Knight(because honestly outside of The Dark Knight Rises what really has a chance?), but my expectations continue to rise as new footage comes out. Really excited for this one, and by pure chance I will have the opportunity to see it bright and early Friday. Anyway here's my picks for this week. 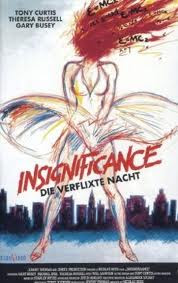 Insignificance - Nicolas Roeg
Seventies master and along with Polanski one of my favorite American directors from the period. Roeg never shyed away from alternative storytelling, and was a consistent fan of using non-linear storytelling and obtuse, surreal imagery, forcing the viewer to think about what they had just seen in order to piece it together. His films were hardly easy to comprehend, but always intriguing and always beautiful. This film comes after Bad Timing(released at the beginning of the eighties) which is widely considered his last GREAT film, I have never seen this but the story revolves around four strangers in a hotel room who just might be Joe DiMaggio, Marilyn Monroe, Joe McCarthy, and Albert Einstein. In the hands of Roeg this sounds like Sartre decided to write a play set in America(the movie is actualy based on a play) Like I said I haven't seen this one yet but I am always ready to see what Roeg can do, and this set up sounds right up his alley and full of possibility. Oh yah and it stars a young(er?) Gary Busey. 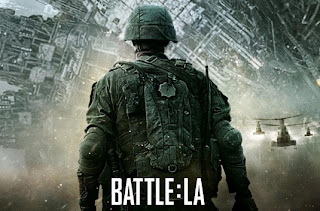 Battle: Los Angeles - Jonathan Liebesman
This is the one that's not supposed to suck. When compared to Skyline, anything would look amazing. I haven't seen this either, but it looked considerably better than Skyline and if it manages to pull off the "war movie but with aliens" then I imagine it will be a rousing romp. It's got Eckhart, who gives me so much more hope than Eric Balfour and Donald Faison(sorry Turk Turkelton) Hey they can't all be art house fare or "serious" cinematic gems. 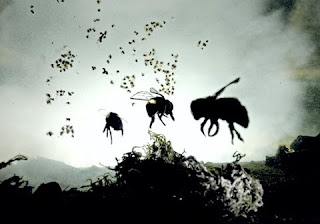 Vanishing of the Bees - George Langworthy/Maryam Heinen
Narrated by that pregnant teen who had a whip snap dry wit, this documentary takes a look at the mysterious disappearance of the honeybees. I've heard about this occurrence for some time and this film shows us the history between man's relationship to the honeybee and the consequences that come from their disappearance. Every article I have read on the subject paints a rather grim picture without these simple creatures, specifically with regards to the reliance of most of the earth's fauna on the honeybee. one way or the other it sounds like a documentary full of interesting facts. I doubt this will have the power of Gibney, but sounds like it would be a interesting exploration of a topic I have really only heard about in passing.

About it for now. I should be coming out with a new movie night soon that I'm really excited about, a piece about Green Lantern in preparation for the movie, and spoiler alert!!! a hopefully amazing collaboration between Hawk and myself. As always be sure to like us on Facebook..or better yet follow us on the Twitter @PORTEmaus. 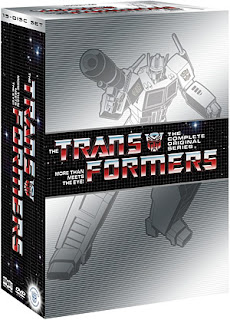 One Last Thought - This came out a few weeks ago. However you feel about Michael Bay's films(I'm gonna guess you lean towards the negative, especially with the second one), the cartoon was awesome. Starscream and his crew of jets, devastator that ACTUALLY was badass....and frakkin Peter Cullen and Frank Welker tearing it up. 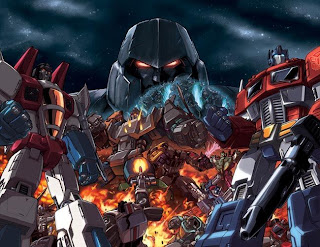