Do You Want To Kill Some Nazis?: Captain America: The First Avenger 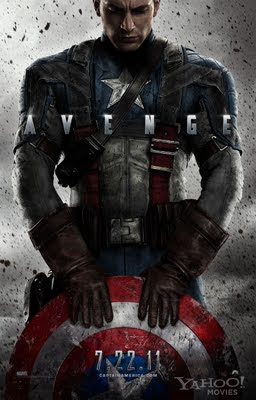 Captain America: The First Avenger
Steve Rogers is a patriotic young lad who wishes to enlist, head to Europe and fight the dreaded Nazis. Unfortunately, Rogers has the physique of a seven year old girl and more ailments than C. Montgomery Burns. Lucky for him, he was selected to participate in the America's super-secret "Super-Soldier" program (that its enemies know about) that will ultimately make him super human. The rest of the film has Cap fighting Hydra and its maniacal leader, The Red Skull. Hey, kids... How can your parent's say no to this film since it is educational!

I hope that the sarcasm in that paragraph's final sentence is not off putting. I liked this film, it was a nice popcorn superhero flick. From a story standpoint, it was more well-conceived and executed than both Thor and X-Men: First Class. Furthermore, it had more depth in terms of its supporting cast than those films or Transformers. This is kind of necessary considering the role of Captain America is kind of plug and play. While, I thought Chris Evans did pretty well in the role, he did not blow me away. 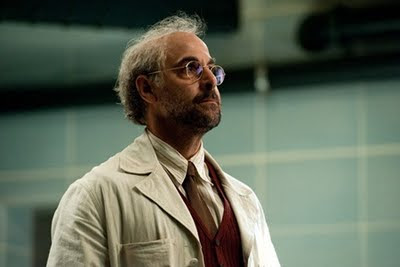 You know who did blow me away? Stanley Tucci. His portrayal of Dr. Abraham Erskine (the creator of the Super-Soldier serum) was nothing short of amazing. Unlike Toby Jones and Hugo Weaving, he had a believable German accent and his acting was at a level above his ten minutes of screen time. It was a homer run performance, this is high praise coming from guy who is usually indifferent to Tucci. I thought the film had some top-notch art direction, particularly the costume design of Cap, the average Hydra foot soldier (pretty much how I imagined it) and of course, the Red Skull looked great. In short, Captain America kind of remedied some of my complaints with previous Marvel films in terms of story, acting and design... Everything except special effects. 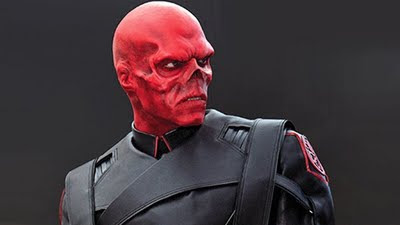 For a movie with a hundred and forty million dollar budget, you should have some wonderful special effects. However, most of Captain America's special effects looked like they were put together haphazardly. This is the downside of thirteen (count them!) special effects companies creating effects for a movie. This makes it nigh impossible to make flow throughout the film. Most of the effects looked like they belonged in a Robert Rodriguez film like Planet Terror or Machete. They looked cheap (especially the skinny Chris Evans) and really did place attention on themselves. I suppose this is a small complaint considering the film did make strides in other areas. However, I am concerned that these effects will date the film even a year from now... Yet, if you are trying to select a big-budget film from this summer, I would probably suggest this one over any of the others.

Postscript: After the credits, you (the viewer) will be treated to some footage from the upcoming Avengers flick. I have to say that if this footage indicates anything... This film is going to be horrible. It further leaves the impression that this is merely a cash grab and we (the viewers) will be left with two hour waste of time. I will concede that is way too early to pass judgment, so I hope that future footage improves. We shall see.
Posted by Manfred "Manny" Funkowitz at 8:10 PM