Flick Bits - a bit of news from the cinema world

I've said it before I'll say it again. We are not a news site, nor do we claim to be. That being said there's some great stuff coming down the pipeline that I just had to comment on. So here's a few quick bits of info, most of you out there have probably seen these stories already, but never with my standard brand of optimistic wit. And if this is your first time hearing these stories....awesome. 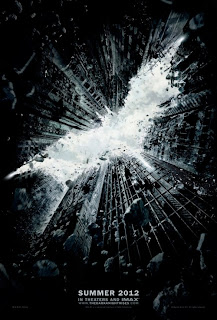 1. The Dark Knight Rises releases a poster and a teaser trailer.

Holy shit that poster is perfect. The marketing for the Batman films has always been spot on. They know just how to whet our appetites, slowly releasing more and more info without ever revealing too much. I remember living in Los Angeles and someone went into to Golden Apple and sprinkled Joker cards everywhere during the marketing push for The Dark Knight.

I love this image. It doesn't really give you any idea about the story, but it perfectly gives you a sense of the epic scope that Nolan has planned. Also it would appear that all is not well in Gotham. I imagine Batman has his work cut out for him this time around.

I firmly believe if anyone can top The Dark Knight its Nolan. With this image I'm starting to believe he's really managed accomplish that. Still, its early on and its just a promo image. BUT

The teaser. The majority of the teaser is of Gordon looking quite worse for the wear lying on a hospital bed. Add in a few quick shots of Bane and we have a definite tease for what's ahead of us. Combined with the poster we are beginning to get an idea of just how dire the situation is in Gotham. Dent said that the night is always darkest just before the dawn. Nolan really seems to have taken that idea and run with it. I imagine this is a definite tale of hitting rock bottom and beginning to climb back up. I honestly cannot wait for The Dark Knight Rises. 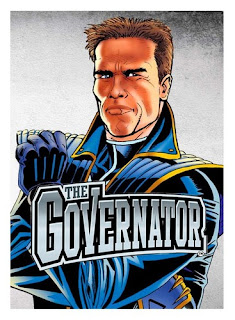 2. Arnold confirmed for Kim Jee-Won's next film The Last Stand.

What?!...this story has been rumored for a bit now, and just recently has been confirmed. It's not that I don't like Schwarzenneger, but after being out of the moving pictures for so long I'm a little worried he's not going to be able to pull off the complex performances Kim Jee-Won usually gets out of his actors. But hey Predator, True Lies, Terminator 1 and 2....all some damn fine movies featuring Mr. California.

This film tells the story of an ex LAPD officer who is now a small town Sheriff who is reluctant to get pulled into a massive manhunt that comes to his town for an escaped convict racing to cross the border. Sounds like some perfect material for Jee-Won, the guy does brilliant genre flicks and after his last two pictures I can't wait for this. This also marks his first english language film, so he's got quite a few hurdles to overcome with this one, but I'm sure he'll make something amazing. Go watch I Saw The Devil and you can get a sense of just how badass this film can be. Personally if he can get Arnold to go to the dark places he needs to, this will be a crazy hardcore film. 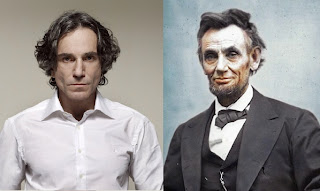 Lincoln from Steven Spielberg has been in development for a long long time. Liam Neeson was attached for awhile and I was definitely sad when he left the project. But I guess he's too busy rescuing girls in Eastern Europe, and that's fine Neeson is awesome and can do what he wants.

Recently though Lincoln has officially jumped into hyperdrive. Spielberg is supposed to start filming this fall for the movie to be released late 2012, and boy did he decide to go all out with his cast. Again, really sad about Neeson, but Spielberg goes and casts Daniel Day-Lewis in the role. If anyone can surpass Neeson for the role it's him. I think it's inspired casting, and Day-Lewis definitely has the presence to give respect to our 16th president.

But that's not all. Sally Field as Mary Todd....Joseph Gordon Levitt as their son, David Strathairn, Tommy Lee Jones, James Spader, John Hawkes...etc etc etc. And now today Walton Goggins was added to the cast. Who is he? Well he is just the most underrated supporting actor in tv for the past...I dunno 8 years or so. He was robbed of a nomination for his work as Vics "best friend" Shane on The Shield, and now plays opposite Timothy Olyphant with an amazing turn as Boyd Crowder. Really excited he will get a chance for this kind of exposure. But aside from him, this cast is mind blowing. Under the helm of a master like Spielberg we should be treated to a cinematic masterpiece. But wait.....I didn't forget about the last Indiana Jones film....Spielberg will hopefully win back some brownie points this December with War Horse and Tin Tin. Looking forward to see this play out.

That's my quick rundown of some interesting happenings in the cinema world. What do you all think?...One way or another the Governator is coming back, and he's with one of the best working directors right now. 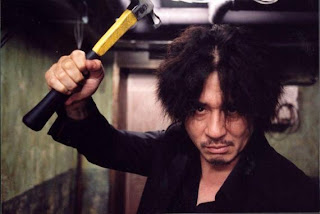 One last thought - Spike Lee confirmed to be remaking OldBoy with Josh Brolin starring....don't know how to feel about this...except intrigued....and very worried....OldBoy is a perfect film from Chan wook park.....Lee seems at least to be an out of the box choice for this remake....Brolin on the other hand can definitely bring the dark necessary for the role. We will see...skeptical about this.