Has the World Hanging in the Balance Ever Been This Dull?: Transformers: Dark of the Moon

Film Foray Cavalcade no. Diecinueve: Transformers: Dark of the Moon 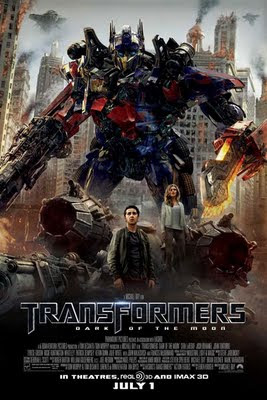 Transformers 3: Dark of the Moon
They say that the definition of madness is doing the same thing and expected a different result. You see, I keep paying to see Transformers films and frankly, I expect them to be good. After a conversation with Bence, reading his review and talking about it with Gonzi, I bought in. I kind of became excited about the possibilities... It was that this point that I became stark raving mad. For you see, I have to disagree with Bence and others... Dark of the Moon is not the best of the series, it is without question one of the worst movies in the history of cinema. There is nothing redeemable about this film, with that said, away we go...

It is quite easy to blame Michael Bay, sure, he is a horrible filmmaker or more appropriately a hack (who filches his own work) but everyone knows that the director is only one cog in the machine. Bay is not responsible for the systematic failure on this film from all levels. Ehren Krueger's screenplay is to put it simply, incoherent, if I was going to describe it specifically, there is no plot or story. Characters show up, do nothing and more than likely end up dead or simply disappear. The dialogue is stilted and the actors all seem lost at what they should be doing on screen. From my perspective, it did not seem that anyone was having fun with the exception of Peter Skarsgaard in the future (aka John Malkovich) but his and Turturro's acting have seen better days than their more recent roles. Also, who keeps giving Patrick Dempsey roles? 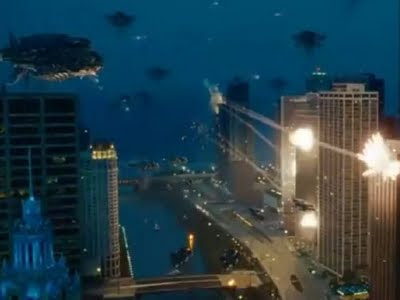 Much like any other position in a film production, one should know that nothing good can become from something done by committee whether it is multiple directors, screenwriters or in this case four editors. Editors are the unsung heroes of a production, a perfect example of this is Jonah Hex, where the editor attempted to compensate for the lack of a screenplay. Sadly, the cuts chosen by Editor 1, 2, 3 and 4 simply added to the confusion left by the screenwriter of Reindeer Games. I mean seriously, you are going to transport Cybertron which has a mass greater than Earth, yet tidal waves were not to be seen nor was it pulled in by its gravitational pull. I should not be thinking about these things when I am watching a movie. Also, who ever thought that they could pass off Chicago as Washington D.C. early in the film is --for lack of a better word-- an idiot.

I like mindless entertainment as the next bloke but this film was poorly conceived, executed and above all, it was stupid. This is one of the few films that I left angry by what I saw happen on screen. I am struggling to find one positive thing about this film and I cannot do it. I do not have the words and I refuse to lie to myself. This film was horrible and if I bestowed ratings based on stars or thumbs, I would give this film negative 5 stars or an image of two hands which have had the thumbs removed.

There is already talk of a fourth film which will not have Shia LeBoeuf or Michael Bay and first I say, "Good Riddance." I then quickly add that I will not see this or any future installment of this series. Frankly, I am sick of having my childhood love of this cartoon series portrayed in such a manner. Then I am curious how they can make a movie about the Autobot-Decepticon civil war when the former has no one left to fight. I think it is time to pack it in. The sad fact is that any future film cannot take America cinema any lower than it already has, of course, this is the second time that I have been forced to eat those words.

Epilogue: I was going to make this review in two parts but honestly, the negativity is making me weary. After all, if you cannot something nice then do not say anything. I need to say the person I feel sorry for the most is Frank Welker (he voiced Soundwave in the film but was Megatron in the cartoon). His work as Soundwave was amazing and truly the only highlight (the same was said for his work in Revenge of the Fallen) of this film. I love how Peter Cullen gets praise for just sounding bland and exhibiting a lack of interest. Oh well. Also, before I forget, how one can consider Optimus Prime awesome in this film, he literally hangs by his leg for fifteen minutes... Yep, I am glad he is on our side.
Posted by Manfred "Manny" Funkowitz at 12:38 PM