Islamists Feel That America does not Understand Their Faith, Bill Warren Seeks to Reinforce That View 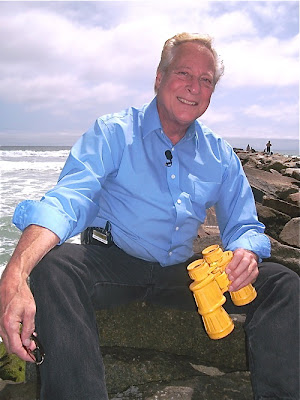 What I am about to say might seem harsh but I am going to say it anyway... Bill Warren is a fool. You might be asking yourself who Bill Warren is. For starters, he is the kindly old gent appearing in the picture above. He is also a treasure hunter... Not one in the buried in the sand vein but rather a Spanish galleon has residing under the Atlantic for the past four hundred years and she be full of doubloons. Bill Warren is another thing, a shameless opportunist.

For those who did not know, the United States killed Osama Bin Laden almost three months ago and there are those (Bill Warren) who not only want to perpetuate conspiracy theories but profit from them. Warren has hatched a scheme to take his little tugboat and locate the submerged corpse of America's most recent public enemy number one. Sweet!

What are you going to do after you have violated basic Islamic burial rights (which technically America did first... Come on people, this is Islam 101)? Take some pictures and dice him up so you can get some DNA... Wait, Warren does not know what he will do? Genius. First things first, get the executives over at TLC on the phone and film the thing... They will pay for it and air it too (after all, they air anything)!

Publicity stunts like this certainly take the jam off my toast. Seriously, logic just goes out the window with some people. Let's say that Osama was not killed by Navy SEALs (Before I am hauled off by the bailiff, let me finish my point, I swear your honor that I have one) and no Pakistanis were not angered at the United States' blatant disregard for a nation's sovereignty... What is stopping Osama from emerging after his latest dialysis treatment and saying (via television recording) "Let me clear up any confusion, I am alive... I have just been busy getting a facial, catching up with me soaps and damn it all, Sudoku is crazy hard brah!" Oh that's right, he is dead and those points made earlier were the opposite.

What is Bill Warren going to find in the Arabian Sea... He will find Osama Bin Laden. He will take pictures and get DNA evidence to confirm things that we have already known. He will also do one of the dumbest things in history and provide credence to the fact that Americans simply do not understand the intricacies of Islam... Thereby, ticking off every militant in the region. I hope it was worth it Bill, I bet those gold doubloons will look mighty sweet. Way to go... I rest my case, your honor.
Posted by Manfred "Manny" Funkowitz at 12:24 AM