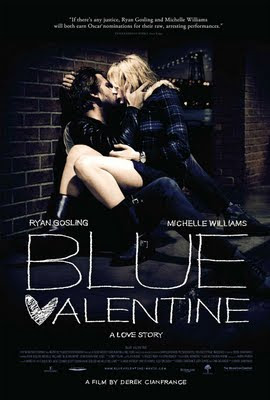 Blue Valentine
A vague conception of love told through a couple flashbacks, some fussing and a feuding and you basically have the plot for Blue Valentine. Cough... (Sound of papers shuffling on a desk) Oh, you guys are still here? I suppose I left you wanting more. 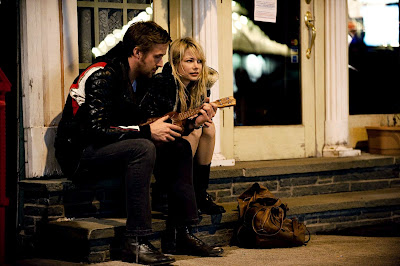 Blue Valentine is a exquisitely shot film, the editing was solid and the use of only music listened to by the characters in it was a nice touch. My impression prior to watching it though was that this film was supposed to be great... A right, Tour-De-Force. This it was not, at most, Blue Valentine is an "ok" film.

What bothers me is that I get the theme that people change and fall out of love with the passage of time but the juxtaposition between the past and present do not work in this film. The viewer is left with no reason why Cindy (Michelle Williams) hates her husband, Dean (Ryan Gosling). None. Sure, he is immature to the point of irritation, I suppose it is his wasted potential... At least this is the only reason explicitly given by Cindy. 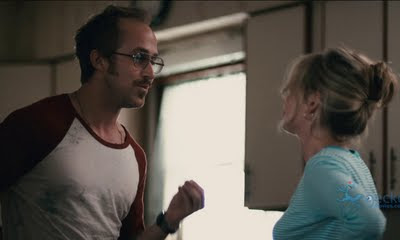 Anyway, she resents him and she is unhappy for some odd reason. It does not matter, there are no redeemable characters in this film. They both talk about love and other such nonsense but only from the perspective of cliches. The script was flat, an hour too long and dull (Another of example of writing by committee). Furthermore, if I was married to either of them, I would be seeking a divorce as well. 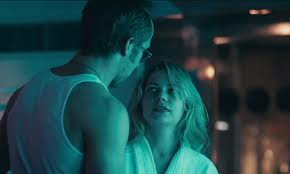 Gosling had his moments of quality acting but because of the script, it is not allowed to show through often (at all, really). In short, he is a drunken, quasi-arrogant buffoon. When people realize that drama is not built upon the use of makeup or lack thereof ? Case in point, Michelle Williams without make-up, this an actress does not make. Seriously, no sits there and says "wow, look at the emotion conveyed through the lack of foundation."

I cannot advise anyone really to watch this film unless you enjoy pointless plot points and baffling decisions made by the characters. The film is practically unwatchable... Might have made a decent short film. At the very least, it made a decent trailer. That is something, right?
Posted by Manfred "Manny" Funkowitz at 12:52 PM