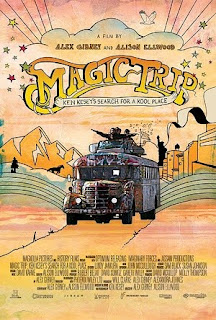 Gibney has been a favorite of mine since I saw Taxi to the Dark Side during my first visit to New York. His films are the complete antithesis to Michael Moore refusing to take sides and rather serving to explore areas of culture which he finds interesting. Even his documentary on Abramoff was less about indicting Jack and much more about the system that we have created which allowed him to commit such atrocities and what that means to us as a society. His latest documentary focuses on Ken Kesey's famous LSD laced bus trip across America. 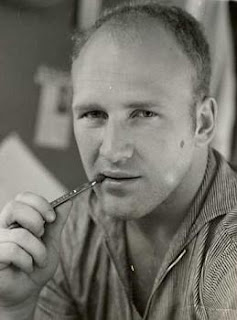 Kesey was in love with film and him and his Merry Band of Pranksters took along with them cameras and sound equipment. Gibney and co-director Allison Elwood have pieced together hours upon hours of footage much of which was not synched with the audio properly and have turned it into an immersive and entertaining tale of an America in transition.

Gibney uses the story of Kesey to delve into notions of national identity among other things. The Pranksters were not anti-America hippies saying phrases like flower power, they were extremely well educated, intelligent people who happened to dabble in exercises of consciousness. Kesey really felt that his group was all-American and as such they constantly wore red, white, and blue. They were socially aware and used their bus trip as a means to explore the country they live in.

One of the most impressive feats of this film is how well Gibney molds these characters into completely realized people. The Pranksters were a unique bunch to be sure, but Gibney makes sure we get to know each one as he fills his movie with candid footage looped with audio samples and recent interviews. Neal Cassady and Ken Babbs and Stark Naked are of course stand outs. 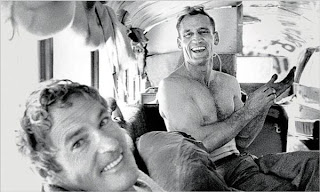 Cassady is really the personification of change. He represents the branching between the Beat community and the evolution into the pranksters and the Hippies. Here he is seen as literally the driving force as he steers the bus through America giving us narration the whole time. Dean Morarity captured on film as good as I imagine it will ever be.

Gibney really explores this culture that Kesey was creating. There is an amazing scene where The Pranksters meet up with Timothy Leary and his East Coast band of acid heads, and the duality between the two is astounding. Leary is the dead serious upper class city boy, to Keseys carefree youth in search of dreams and adventure. The footage that they captured is put together so well and the contrast between the two comes across as almost awkward. 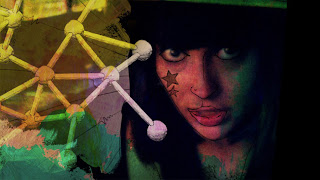 At one point Kesey makes a stop in Canada and talks about that being the most American of occurences. That what could be more American than exploring unknown landscapes. This really becomes a huge theme of the film, whether its marching through the deep recesses of the mind, or going across Middle America, or coming here to the cold steel of New York, sometimes it is the journey which yields the greatest rewards rather than the destination. 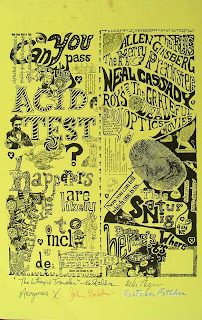 Kerouac and Ginsberg pop up, Gibney gives us some amazing recordings of when Kesey was at Stanford taking LSD for the first time, and we even see a bit of what happened after the bus trip when the Acid Tests really begin. Gibney has given us an honest view of a cultural milestone. Sure there are drugs and debauchery, but it is all laced with a carefree innocence that we don't see anymore. Once again never choosing sides, never being pro drugs or anti drugs, he simply shows us a time and explores the reasons behind it.

My father turned me on to The Electric Kool Aid Acid Test by Tom Wolfe when I was in college. The book chronicles much of the same material and is a great companion piece to this film. Here seeing the story of Ken Kesey play out with the real footage is amazing and something I know anyone who is a fan of the man or the era will be intrigued by. Strongly encourage you to sift through the Summer Blockbusters and find this film. 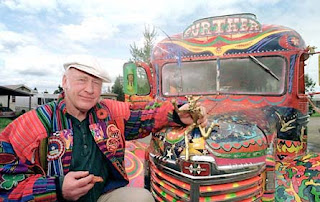 One last thought - one is a philosphical idea, the other a measurement of distance