This is our INDEPENDENCE DAY!!!! 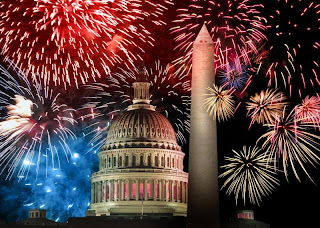 Happy Fourth of July everybody! I hope your day is filled with family, BBQ, libations, fun, fireworks, and some baseball. I sincerely hope your day includes all that and more, because over here on the east side it's completely overcast and rained all day yesterday and they're saying it will probably rain today. Having my first Independence Day off in about eight years I am, to say the least, a bit disappointed. Ever the optimist, what better way to be rained in than to enjoy some appropriate Fourth of July cinematic gems. So if you're rained in or happen to be stuck inside for whatever reason, here's a list of films to keep you in the spirit while you wait for the delivery guy. In no particular order of course(this is definitely not a discussion of quality) 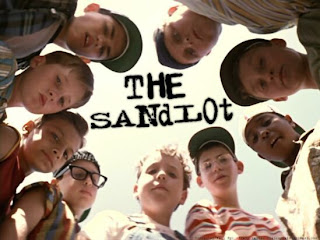 1. The Sandlot - Such a great summer movie. This film about a group of boys who play baseball together is probably better in my head than it really is. Still I can't help but feel nostalgic for it, I miss the summer where I didn't have to work, and could just run off with my friends and play baseball all day, or go to the pool(what's up Paul Nelson Pool), or get into adventures with the local creeper. Not a Fourth of July movie you say? Look I said appropriate Fourth of July films, but if you're dying for something straightforward well just give it a minute and look down the list. Besides what better look at American values than a simple summer full of images of Americana with no worries about the outside world. This film is for the optimist, and one of the better Fourth of July family movies. 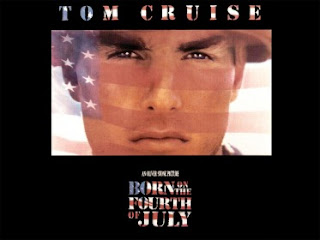 2. Born on the Fourth of July - The most ironic of the Fourth of July movies. This story of an ambitious young gent excited to join the army and fight for his country only to get injured in battle and become an anti war protester is definitely a heavy movie for this day, but its subject matter is perfectly apt. Oliver Stone examines the effects of war on the human psyche and body, and we get a great performance from Cruise as Ron Kovic. Looking for something deeper this Independence Day? Look no further than here, I'm not the biggest Stone fan, but I've always enjoyed this film and its depiction of two very different ways we can be patriots.(by the way The Patriot will absolutely not be on here) 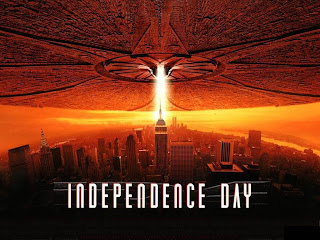 3. Independence Day - Duh....There was a time when I just thought this movie was unbeatable. Then I became an intelligent adult and realized just how frakking ridiculous this whole thing is. And Hawk can attest....I'm a fan of suspension of disbelief(Balloons are strong hawk...balloons are strong) My biggest problem is still, that in this world they have created how the hell is it possible to hack an Alien computer....answer ITS NOT...there's no possible way that any earth created OS would be able to log into an Allien OS...it's utter nonsense. That being said this is still a fun(and SUPER mindless) alien invasion flick in which things go boom boom. The aliens first hit is still amazing to see, and aside from Randy Quaid's comments I do like the dog fighting at the end. Also as deceiving as the title is, this is about the WORLD'S Independence Day, not just ours. And not from tyranny or oppression, but from annihilation. Looking for some mindless 90's blockbuster glory, here you go America fighting against alien invaders can never steer you wrong. 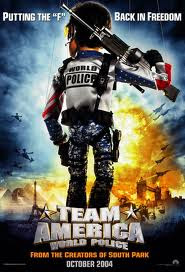 4. Team America: World Police - Matt Stone and Trey Parker's marionette masterpiece. Too strong of praise? well yah probably, but this film is hilarious and in proper South Park fashion satirizes the American blockbuster, and American politics with plenty of tongue in cheek humor. Look if you can't laugh at yourself then you're being way too serious. Plus, the creators have placed THOUSANDS of Easter Eggs throughout the whole film to show the actual size of things, like pennies on beltbuckles and other things like that. Hilarious option of the day, laughing at the absurd jingoism most of our blockbusters have, definitely enjoyable, but maybe not the right choice for the lil ones, wait till they've gone to bed. 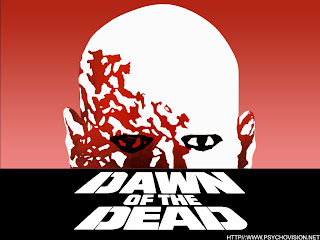 5. Dawn of the Dead - George Romero's masterpiece(definitely true statement) takes zombies and gives a dissection of American consumer culture. Maybe a bit out of the box for you? but hey it's got zombies, shopping, guys with guns, and dark humor. Not sure what else you would be looking for on this Fourth of July. Here's your alternative choice for this Fourth of July, and honestly do you ever really need a reason to watch this classic film. Share it with your family, because what better representation of America is there than hanging out with the family enjoying some good cinema. 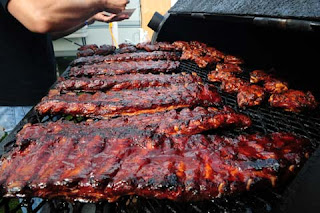 One last thought - this rain better let up cause we need to get our Q on!
Posted by Bence at 6:56 AM