Things have been a little slow here at the Maus lately, with reality taking quite a bit of time away from our respective virtual lives. Don't worry loyal readers the content still keeps coming and in the next few days I will hopefully have up 2 more films from my Summer Movie preview as well as a look at the works of modern comic director Jake Kasdan. There's a few more things in the pipeline but I'll hold off on those for now. BTW anyone check out the Avengers trailer and Spider-Man trailer?....2012 is looking damn promising. I'm really hoping Captain America exceeds my expectations, because so far aside from Evans and Tucci nothing I've seen really blows me away. Alright enough of that....here's this week's releases 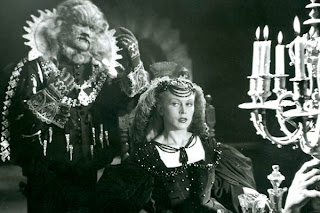 Belle et la Bete - Jean Cocteau
A great introduction to Cocteau and a hauntingly beautiful take on the story of Beauty and the Beast. Cocteau makes the Beast the most sympathetic he has ever been and we see Cocteau's signature supernatural style in full effect here. With a gothic sensibility and romance to spare the make up and sets transport to a fairy tale as this story comes to life. Criterion has brought us this masterpiece in Blu which I cannot wait to see in full 1080 glory. Alright having said that, I actually prefer Orpheus which is coming out soon as well. Like I said this is a great place to start. If you have never seen this before, this is a huge influence on Del Toro(who apparently is going to remake with Emma Watson), and that should give you an idea of the kind of story Cocteau has crafted. 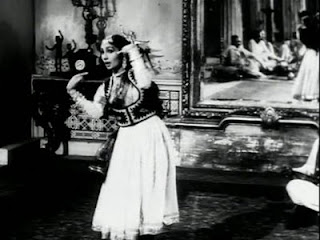 The Music Room - Satayajit Ray
So I'll come clean I have only seen the Apu Trilogy when it comes to the works of Ray, but he is an amazing filmmaker and I'm excited for the chance to explore some of his other works. This film tells the story of a fallen aristocrat living alone in his crumbling house next door to young money being flaunted in his face. His greatest memories were of the parties he would throw in The Music Room, so he uses what little fortune he has left to throw one more concert. Sounds like a great social commentary on class and the rise and fall of aristocracy. Again Criterion is bringing these classics to the masses and I am ever so grateful. 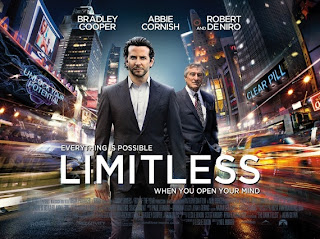 Limitless - Neil Burger
Alright all you Bradley Cooper fans out there this one's for you. But here's the thing, everyone says this movie shows that he's more than just a frat boy comedian, but if any of you would've just watched Alias you would've seen that he's got range. His role as the best friend in love with Sydney was one of my favorites of the show and a long way away from his roles in Wedding Crashers and The Hangover. Anyway this movie has my interest, a "real life" take on super powers by way of narcotics. I'm always ready for some new talent so let's see if this guy has some chops. 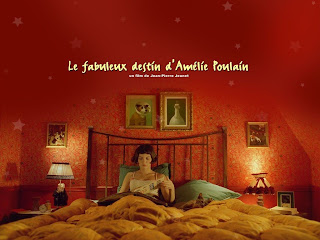 Amelie - Jean-Pierre Jeunet
I know you all have the amazing dvd set from way back in the previous decade, but Amelie is easily worth the upgrade to Blu. This over saturated masterpiece from Jeunet is one of the most charming and whimsical movies ever made. And if any of you have ever read my articles...I love me some whimsy.....so excited to revisit this movie. I remember watching this and just being in awe of how amazing Tautou was in the role. I still love the comparisons to Audrey Hepburn and completely agree. I don't think I need to go too deep into why this is a necessity, but if you want a REAL romantic comedy...this is one of the best. Fuck you Nancy Meyers, love can be found in a coffee shop or a porn shop. 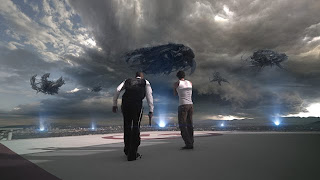 One Last Thought - Good lord I know Manny has some venom to spit on the recent blockbusters but this film I had to check this out for myself after hearing how bad it was....this doesn't even qualify as so bad it's funny....this is so bad it's boring and annoying. Sorry Turk Turkleton.
Posted by Bence at 10:14 AM