Be sure to check out Manny's review of Limitless, I listed it last week and my graceful employer had the chance to see it before I did. That being said I have been able to catch up on some movies from my wish list. Expect those reviews to be coming shortly. Alright....on with the show. 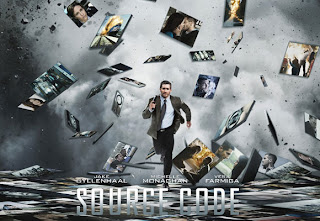 Source Code - Duncan Jones
Moon was one of the better debut features I've ever seen, and was in mind and Manny's top ten for 2009. I didn't catch Source Code in theaters and am so excited to finally see something new from this exciting director. This film follows Jake Gyllenhaal as he relives the same 8 minutes over and over trying to solve the mystery of an exploding train. A spin on time travel done by Duncan Jones?....no matter what he did for his second feature I would be excited to see it, but for it to involve time travel just has me anticipating it even more. Manny had the chance to see this film as well...check out his review here. 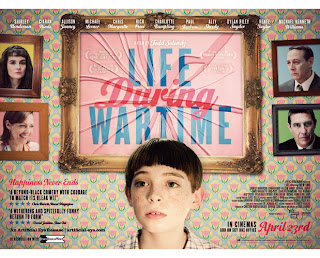 Life During Wartime - Todd Solondz
Todd Solondz makes a sequel to Happiness with Pee Wee Herman should be all you need to know. If you want to see the film after that sentence great, if not I'm going to assume that his specific form of cinema is not for you. Solondz is in love with the seedier side of humanity that lives beneath the surface in suburbia. Happiness really elevated his style to high art, but Welcome to the Dollhouse and Storytelling are both strong entries. Especially the first part of Storytelling, that's a brilliant "short film." Anyway if you don't mind some boundary pushing cinema that most likely will make your skin crawl steer clear....but Solondz knows how to make shocking films not just for shock value(looking at you Larry Clark and Harmony Korine) 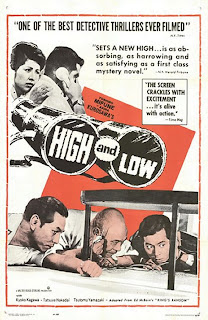 High and Low - Akira Kurosawa
Yah that's right in case you didn't know Kurosawa can do something besides samurai stories in feudal Japan. Everyone has seen Yojimbo and Seven Samurai...maybe even Hidden Fortress and Rashomon(we know Tarantino has), but his forays into socially aware drama are just as impressive. This film is a masterpiece of class structure on celluloid. Taking a look at .....that's right a member of the upper class and his driver(the high and low) as they get tangled in a tense kidnapping tale Kurosawa shows us the class division in Japan . Criterion brings us this in Blu and I'm sure it looks just as amazing as Seven Samurai on Blu. 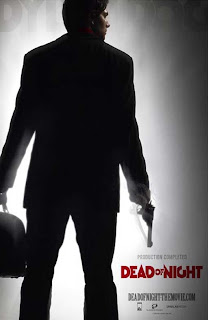 One last thought - Dylan Dog Dead of Night comes out this week. A low budget genre flick about a private eye specializing in the supernatural being chased by vampires. I'm sure this is mediocre, but the source material is pretty cool even if the groucho character didn't make it into the film. Also I like Routh, he got kinda a bad rap after Superman Returns(I actually thought he did a fine Superman...I'm not sure what movie Spacey thought he was in), but the guy has got some charisma. I love his part in Pilgrim, definitely doesn't take himself so seriously. So I'll give this a shot...I always say I'm down for trying out different things.