Light week in releases but taking a look forward, there's some crazy stuff coming out soon. SPOILER ALERT Criterion is definitely going to be at the top of my list in the coming months. So what does this holiday week have in store for us?

13 Assassins - Takashi Miike
Miike rocks. The guys is an incredible workhorse and for how often he makes films(often multiple films per year) it is incredible how consistent he is from a quality standpoint. Never heard of him? or haven't seen something from him you like? Well first and foremost the guy began as someone known for the ultra-violence.....I mean ULTRA-violence. My favorites are Ichi the Killer, The Bird People of China(he shows off a much more subdued and slightly whimsical approach) and Gozu(just completely bug-nuts insane "yakuza" film). I also really like Audition and his segment The Box from 3 Extremes. Alright enough about Miike...his reputation alone would make me excited about a new film(even though there are so many), but many claim this is Miike's BEST film ever. That he has managed to shrug off all 50+ films he's made and has made a MASTERPIECE. Ichi the Killer is damn good, so if he comes even close to that then I'm down. Miike, Samurais, grit, possibly career defining film?....MY NUMBER ONE PICK by far. 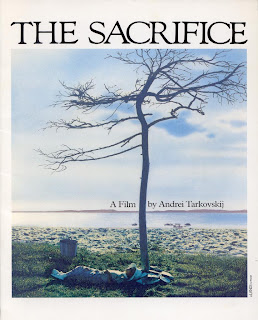 The Sacrifice - Andrei Tarkovsky
The world is about to end thanks to World War 3, and in order to stop it one man will sacrifice whatever he has to God...even his own son. Supposedly Tarkovsky finished this film from his deathbed. It was his last film and this absurdly philosophical story sounds like one that he could make into a beautiful piece of cinema. I've never seen this, and to be honest I actually have never heard of it. That makes me excited to discover something new from this director. The guy is an acquired taste, but again patience will reward you greatly when it comes to Tarkovsky. 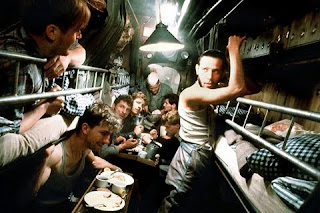 Das Boot - Wolfgang Petersen
Proof that Petersen can actually make good films. I don't know what happened after In the Line of Fire, and even then nothing comes close to Das Boot. The ultimate and only submarine film you ever need to watch. Claustrophobia, paranoia, fear...the film is the antithesis to the sprawling open air of Saving Private Ryan and a great alternative view of World War 2. On Blu I can only imagine how we will be able to see each nook and cranny of the sub. 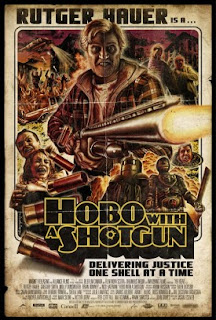 One last thought - Hobo with a Shotgun - Jason Eisener.....aren't you just a little curious?
Posted by Bence at 7:56 PM