I Always Thought You Were a Stunted Fool: A Qualitative Look at Game of Thrones Season I 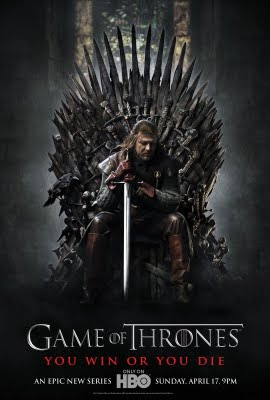 Is there a network that knows how to do television better than HBO? Honestly, everyone is doing original programming but most of it pales to the powerhouse of paid cable programming (Well, AMC is a close second and FX has Justified). Anyway, I have to hand it to the network, they were able to get me interested into a show and the novel it is based off of from a genre that I personally do not care for. Are there better shows than Game of Thrones on television today? That is subjective... Not many take the risk that it has other than perhaps, The Walking Dead. 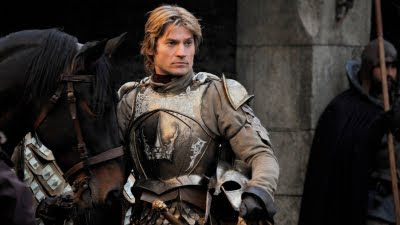 Game of Thrones is based upon a fantasy series with a mammoth page count. The television show created by David Benioff (25th Hour) follows several main characters (there are almost as many as I have fingers) fulfilling various storylines. Foremost is Eddard "Ned" Stark (Sean Bean), the reluctant "hand of the king," who is drawn into the politics of life at court. There is the House of Lannister, the power hungry family seeking to control the world essentially. To explain the 10 episodes of this first season would take more than a simple post from yours truly.

Needless to say, the world of this series if expansive and I found myself wondering who the people being mentioned were. This is why I typically avoid fantasy like the plague (I have of course read The Lord of the Rings... After all, what nerd has not?). As I mentioned in the last Literature Society post, I have been toying around with the idea of reading the book, Game of Thrones. So, expect that review sometime in the distant future as the book is massive but I digress. 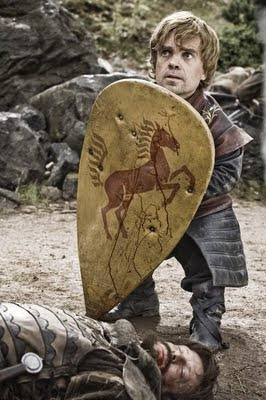 I am curious how long this series will last after what happened to expensive HBO shows like Rome or Deadwood which were canceled because they cost too much to produce. I hope this is not the case because it is not everyday when one can watch the political machinations of some truly well-written characters play out. This was a series that took me by surprise, not only because of the expanse of the production or the writing but the quality of the cast. I largely watched the show for this reason and it was not limited to the stars but the supporting cast as well. Sean Bean and Peter Dinklage (who was nominated for an Emmy for his performance) alone are two reasons to watch this show.

Thanks again, HBO for forcing me into yet another series.
Posted by Manfred "Manny" Funkowitz at 4:08 PM