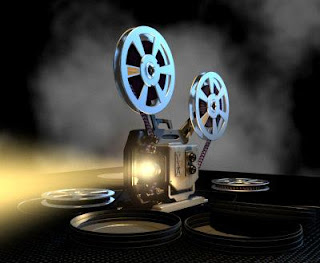 Summer is almost over. Hopefully this week I will finish up my last two films and write up one last wrap up. (spoiler alert Attack the Block sneaks in at the last minute) That being said the fall season is upon us...or as studios call it...Oscar season. For the purposes of this article I am referring to fall as September through November. I will be back with my winter preview which will include December through February(that also wraps up a HUGE Oscar month in December) So here we go, these are the top ten films I am looking forward to this fall season. Definitely looking a lot different than my summer list, enjoy. It took some time....I had this list at fifteen ....so while I'm really looking forward to new films from Marc Forster, Alexander Payne, and Pedro Almodovar...they just narrowly missed the cut. These ten seem to speak to my sensibilities at this time. 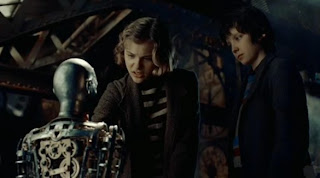 Adapted from Brian Selznick's awesome kid's book which blends comic book style storytelling with traditional narrative. The book is already extremely cinematic telling half of the of the story with images that set a great whimsical tone. The story tells the tale of Hugo Cabret who lives in a Parisian train station fixing clocks and finds an automaton that his father was working on. Exploring the mystery of this amazing automaton takes him on an adventure where he encounters a true legend of cinema. It is definitely a change of pace for Scorsese, but the undertones of the history of cinema and the passion for it that permeates throughout the story is right up his alley. I will say having seen the trailer and him shooting in 3D has me a bit worried. This film should be at number one, but I have some hesitation. Either way I'm dying to see how this turns it as a fan of both the book and the director. 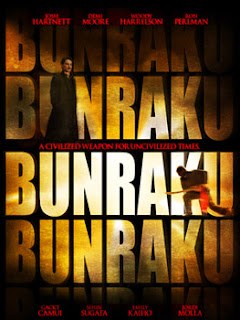 Ok so...it's the future.....it's super violent...and as such guns are banned. Hartnett plays a drifting coming into town searching for a crime lord played by Ron Perlman. Much violence ensues and Kevin McKidd and Hartnett supposedly become the most badass of action stars. The trailer looks to be a unique visual experience with some bugnuts action and storytelling. People are calling comparisons to Sin City, but without having seen it this appears to have a much different sensibility. Sin City dripped of desolation and desperation, this has much more fun while still being ultra violent. Hoping this one is the out of the box balls to the wall action film it promises to be. 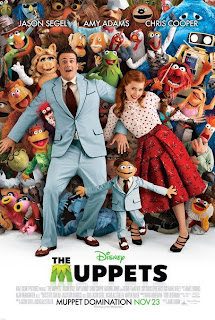 Dude it's the frakking muppets. You're either really excited about this or you're not. For the life of me I can't imagine anyone born from my generation not being excited about this. They were such a huge part of my childhood, something I shared with my parents...and for god sakes Jim Henson was a GENIUS! Segal has a genuine passion for the material and Bobin is an inspired choice. This may or may not be another example of Muppet bliss...either way I can't wait until the little guy is old enough for the Muppets...he's into Sesame Street right now so it's only a matter of time. Really, really excited about this one. 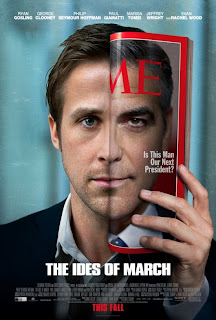 7. The Ides of March - George Clooney
I've been a longtime fan of Clooney and still can't believe one of the first films he did was From Dusk Til Dawn(badass). I have to say I never thought he'd be a great director, but all of his films really show a wide range of skills. Whether its the absurdity of Confessions, the stark subtle brilliance of Good Night and Good Luck, or his hand at screwball with Leatherheads. This looks to be his entry into political thriller following the campaign of a presidential hopeful, complete with secrets and betrayal. Employing an enormous amount of talent led by Ryan Gosling, this has the possibility to be another big win for Clooney. I know he will continue to astound me, the man has a very confident hand when it comes to directing, and that is exactly what this genre needs to succeed. 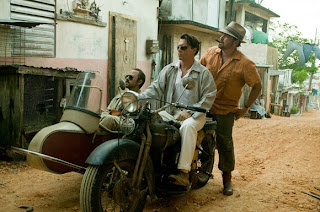 Depp's passion project and second trip to Hunter S. Thompson territory is finally hitting the big screen. This time around Depp plays Paul Kemp, a struggling journalist hanging out in the Caribbean. While everything so far seems to be far more tame than Gilliam's fever dream, I imagine no shortage of alcohol and LSD to stand in the way of our writer attempting to make good on his talent. Robinson at the helm is nothing short of amazing, if he can channel that same greatness from Withnail and I we're in for a treat. Harvey Dent making an appearance can't hurt either. 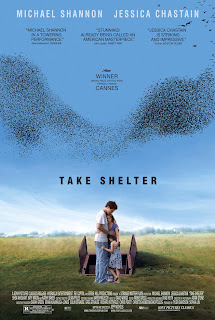 Michael Shannon is a creepy, creepy man. But the guy can act, and he plays deranged, unhinged, and dark so well that I can't wait to see what he does being front and center. This is a story about a man who has apocalyptic visions and sets out to build his family a fallout shelter. The paranoia and psychosis keep growing, and his wife and friends become increasingly frustrated. This has had some decent success in the awards circuit, can't to see it for myself. New talent always welcome. 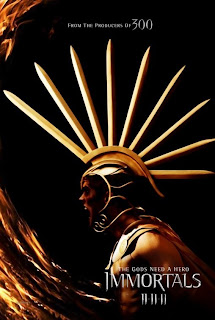 Yah yah, everyone keeps saying this looks like Clash meets 300. Whatever. Greek Mythology and Tarsem Singh sound like a dream match to me. The guy has one of the most amazing visual minds and after The Fall I will see anything he does. Here we have Theseus up against Hyperion, they both have badass costumes and some crazy light arrows. Tarsem has the skill to make this more than just spectacle, The Fall struck that balance needed between story and visuals and I hope he pulls it off again. 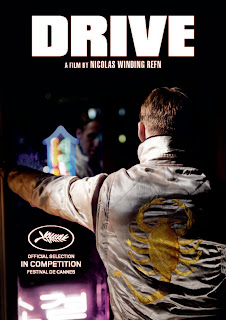 Gosling part 2. That guy is having a well deserved great year(hopefully...suppose I still have to see how these two play out). Refn is an exciting director with a hard sensibility and rough style. This isn't Guy Ritchie, Refn is much more inspired by Cassavetes and early Scorsese...mix in some exploitation and a modern sense of style and Refn is poised to be the next big thing in quality cinema. This film about a stunt driver by day and wheelman by night that gets dragged further into the underground won the best director at Cannes. Been looking forward to this for awhile. Apparently this film begins a lifelong relationship between Refn and Gosling. 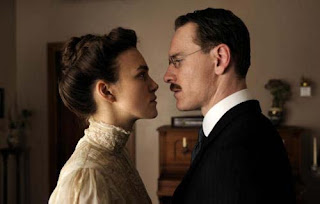 So to all you astute readers out there, you know this spot was previously held by Tinker, Tailor, Soldier, Spy. Well as is the case many times, release dates have shuffled. Spy is not being released in December, and A Dangerous Method has been moved up to November. Cronenberg's latest is a study of Freud and Jung and the patient that split their two ideologies. This seems like perfect material for the kind of adult drama Cronenberg has been dealing with as of late. I will be seeing this on Wednesday as part of the film festival, so expect that review up soon. 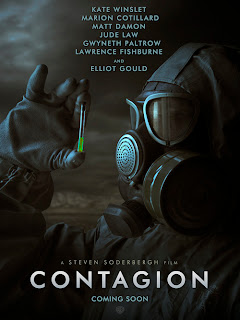 Traffic style multi plot film based around a deadly disease that spreads like wildfire. Look I'd be excited for anything Soderbergh wants to do, the guy is so versatile as a director. If all you know is Traffic and the Ocean's Eleven films, you really need to go watch The Limey and Schizopolis. The guy is amazing and one of my favorite working directors. Able to make big budget mainstream films with some class, and make small little indie experimental films. The trailer for this film blew me away and gave me chills, I cannot wait to see this. Oh yeah and the cast, Damon, Paltrow, Fishburne, Law, Cotillard, Winslet, JOHN HAWKES...it actually keeps going on and on. Like I said this goes back and forth with Tinker Tailor, but for now this is the film that I am dying to see. 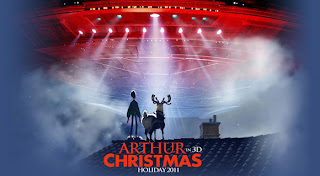 One last thought - Last year Riley was obsessed with Prep and Landing. If he wants we are more than willing to take him to see Arthur Christmas.