These weeks just keep coming, filled to the brim with some exciting/intriguing cinema for our eyeballs to enjoy. This week is no different. As always there's plenty more each week(usually) but I choose the two to three films that really pique my curiosity or that I know are billiance transmuted onto celluloid. 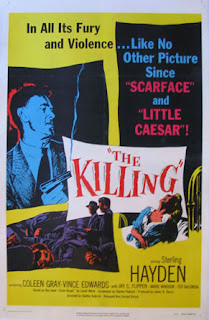 The Killing - Stanley Kubrick
Kubrick had an awesome(if a bit of a rehash) set released on blu a few months ago. The Killing has been on dvd before.....but never on blu-ray and never with the criterion treatment. Watch this and immediately Reservoir Dogs becomes a lesser film. This is a heist film done out of sequence and it is just as thrilling and tense as anything released these days. Kubrick really knew how to create a tone using his camera and cinematographer whether it was through german angles slow pushes or some awesome X-mas light drenched New York his films all have their own personality and we see that begin with this film. I always wondered why he never felt The Killing could stand along side his other works, I love this movie and am beyond excited for its jump to blu-ray.....oh yah...as a special feature we also get Killers Kiss in hi def....best special feature ever 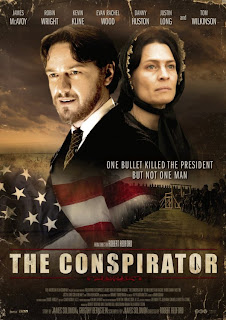 The Conspirator - Robert Redford
This film about the case involving all those involved with Lincoln's assassination didn't really strike a chord with audiences when it was released. In fact I almost forgot about it completely until I was looking over today's releases. That being said, this a strong cast and an interesting story about the one woman conspirator in the John Wilkes Booth case. Curious about this one. As much as think Fukanaga is interesting, another Jane Eyre film doesn't excite me....even if it have Fassbender. So here Professor X wins out and makes the list. 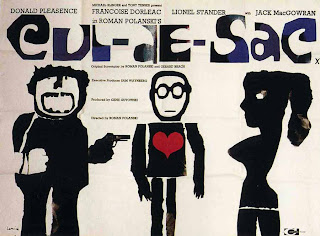 Roman Polanski is an amazing director. His work in the seventies really defined what it meant to craft an adult thriller and along with Roeg made some of the best examples of the genre. He's ventured away from thriller before with varying degrees of succes(seriously everyone should watch Fearless Vampire Killers....Oliver Twist on the other....much less required viewing), but he is absolutely at home in the thriller genre. Rosemary's Baby creeps its way into my top ten from time to time.....last year's Ghost Writer was an amazing modern example of what the genre should be. Anyway....the film at hand is his third film and takes place in a suburban neighborhood where a gangster holds up with a husband and wife. Absurdity paranoia and mental fencing occur ....as well they should in such a situation.. This sounds like an evolution from Knife in the Water, although I don't expect him to nail that dynamic twice so perfectly I imagine this is another winner from Polanski. Criterion makes my celluloid heart smile once more. 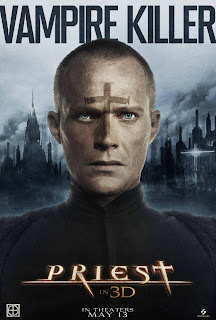 One last thought - this is probably a horrible horrible film....but damnit....Bettany is an awesome actor(the only part of Beautiful Mind I liked)