Tales of Suspense no. 37: Cheney in Love 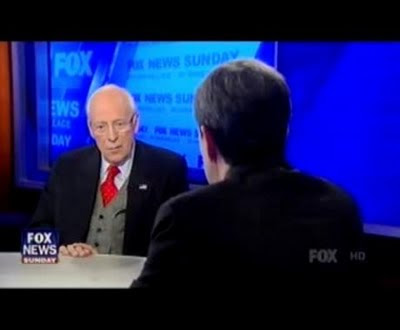 Cheney dropping his latest bombshell:
For a man with a face that only Radio loves, Dick Cheney is a gent who enjoys getting in front of the camera. I think he holds the record for appearances on Meet The Press at 3,112,200. While Bush spent more time at his ranch, Cheney spent more time on television. Anyway, while hawking his book to the yearning masses, Cheney drops another bombshell... He loves Hillary Clinton. Dick and Hillary sitting in a tree, K-I-S-S-I-N-G. First comes love and then... Well, you get the picture. 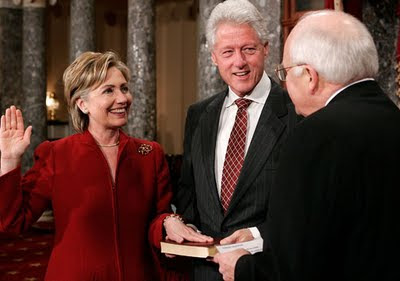 Before you say, "Wha?" Cheney showered the Secretary of State with praise calling her "competent" and a "pretty formidable individual" on ABC News. He also thinks that she should consider running for President in 2012. Whoa there big fella, time to keep in your pants... Maybe hop into a cold shower and calm yourself down. I think we are seeing the clouds forming for a Clinton/Cheney ticket. Official slogan: Come for the pant suits, stay for the waterboarding. Cricket, cricket... It is a work in progress.
This is pretty interesting stuff because Cheney even went as far as protecting his lady love by saying that "Well, I wouldn’t want to discourage a good primary contest on their side, but I don’t want to be in a position where I’m endorsing Hillary Clinton,” Cheney added. “That might be the kiss of death for her." While speaking with Chris Wallace, he said that he would be endorsing a Republican candidate in 2012 election which might is cue to Hillary... Run for President and I will put the "kiss of death" on one of the fabulous GOP candidates.
All joking aside, Cheney's praise of Clinton is kind of interesting considering the gent is know for being mean and nasty around the country. This week alone, he has attracted vitriol from Condoleezza Rice, Colin Powell and noted loudmouth, Donald Trump (Who derided the book but admitted to not having read it. Word of advice, Donald: Shut up.) because of his memoir. At the very least, this makes for very enjoyable television, although I still think that Cheney has a thing for Mrs. Clinton. I bet he is making a love collage in the shape of a heart as we speak. Awwwww.


Sidenote:
Curious of George W. Bush's thoughts on Cheney's book? Oddly supportive. I am surprised that he can read a book without pictures. I kid, I kid. Much like cracks about Cheney's heart attacks, jabs at Bush's intelligence are getting tired.
Posted by Manfred "Manny" Funkowitz at 12:00 PM