I suppose I am a glutton for punishment, I should change my homepage or at least ignore the political/ entertainment news (I use both terms lightly) presented on Yahoo!. They were presenting the ten shows that need to be changed (slightly) so they might avoid cancellation and as always their analysis was way off. A good chunk of the new shows (99.9% of the new sitcoms... Sorry, Zooey) premiering this year and some returning (Sorry, How I Met Your Mother) have outstayed their welcome. Boardwalk Empire is on the list though? Seriously. You are joshing me, right? No? Well, look who had their frontal lope removed and thus cannot recognize a good show if it bit it in the tush. 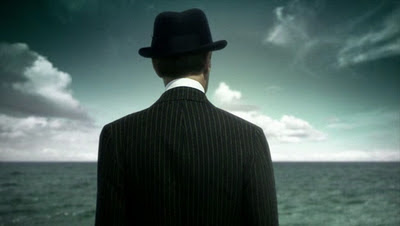 I had been meaning to write something about the premiere of season two for about three weeks now. Thanks Yahoo! for providing the requisite irritation and subsequent anger to get me to a keyboard. Gonzi and I spoke about the premiere and I mentioned how season two is a make or break year for this show. Season one started off slower than molasses going down hill in a blizzard but ended incredibly strong. If season two follows suit than this show might go the way of Rome or (the example of television perfection) Deadwood. Having seen the first three episodes, my fears were unwarranted as they have matched the quality of the first season while providing a structure for future episodes. Then I read the Yahoo! article (blurb is an appropriate word as they do not report anything at Yahoo!)... 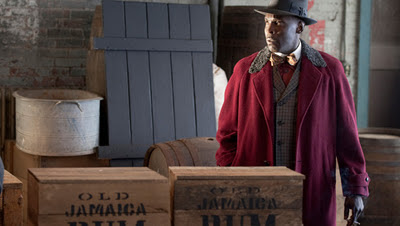 They said the show is "too boring/ dull" and needed more action. So, having a show that is intelligent, acting that is not matched by any other show currently airing and a story building around a coup d'état is boring? I suppose the writer was a fan of Dark of the Moon and does not enjoy using their brain for anything. Oh, better get my cell phone out because the X Factor is on... I do not watch too much in the realm of television (hence, very few Idiot Box articles by Manny Funkowitz) since I refuse to dedicate my to such things but Boardwalk Empire does not make me feel like I am wasting the precious minutes that make up my life. 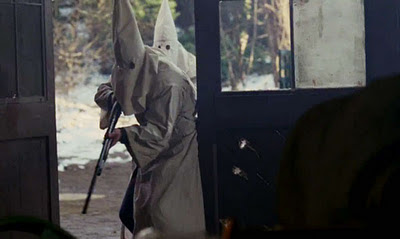 The question remains how would you improve upon a show that is already "well above-average" in terms of its quality? I suppose they are wanting more in the realm of nudity and explosions. This is bolstered by the fact that they said, Boardwalk Empire "could easily be fixed with a few more gunfights, stabbings, or raucous trips to jail that end in violence." Let me recap the first three episode... There is a massive shooting involving Chalky White's bootlegging warehouse by the KKK with a machine (There is your gunfights). Episode two had a trip to jail where somebody had their face stomped in, the episode ended with a stabbing and a shooting by Michael Pitt's character. Episode three just had some mild threatening at gun point.

As you can see, the show is giving the people what they want but this reviewer (who I shan't mention by name) is too dim to realize the show has delivered on these points and thus, the show might be a little too "advanced" for them. I suppose this individual just wants it added willy-nilly and in a superfluous fashion which ultimately will kill an intelligent show. So, in conclusion, if a show is a "chore" for you to watch then do not watch it (especially one that gives you what you want!), let the rest of us enjoy it. Also, I might not have mentioned it before (and I have), if Yahoo! is in the need of quality content (it is!), I can think of four gents to create for you.
Posted by Manfred "Manny" Funkowitz at 8:22 PM