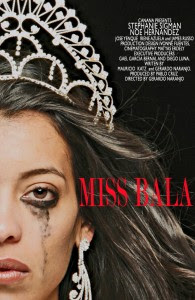 Last night was my first experience at a film festival. It was in one word, perfect. Before we get into the movie(which if you really just want the quick rundown was an amazing feature from a member of the Mexican New Wave going on right now), I want to talk about the experience and why it was so important. For those new to the Maus, Mame Bence passed away unexpectedly earlier this year. Needless to say it has been a struggle to maintain a level of emotional stability. I wrote an article earlier discussing that she never really understood just how deep my passion for film was, nor did she have a chance to see or read the pieces I have done for the Maus. She was a lifelong activist in the Mexican community and as much as my passion is for film and culture, her passion was her culture and her people. She loved where we came from, and was always proud to see someone gain success and create great pieces of art representing our people. She loved Amores Perros, and had prints of Diego Rivera and Frida Kahlo all over the house. The "house" by the way was a tiny two bedroom apartment, so the walk to the bathroom was often cluttered with my little league pictures and Rivera's renditions of farm workers. I however am not as active in our community, and with her passing I worry that I will not have the inspiration to participate at least somewhat in the activities of my culture. Growing up, I was taken to marches, and rallies, and Spanish sermons, and art galleries(I loved these), and various family members who I never met. 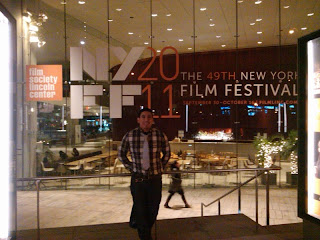 So it was with amazing coincidence that one of my lifelong dreams was to begin with a film from a new and upcoming Mexican director. The type of artist my mom would have championed and called me to see if I had heard of him. Like I said, she didn't understand my passion, but she knew I had it. So this film from Naranjo in which we see how innocent people get caught in the crossfire of the horrible situation in our bordertowns, is exactly the film she would have seen and praised to all of her friends. Especially after he came out and spoke about how much the film meant to him and how much he wanted us to just take a moment to think about we saw. Twincess accompanied me on this milestone, and her and my mom are the most important ladies in my life, it seemed only fitting that without my mom around, I was able to enjoy this film with the woman I am going to spend my life with. I love you mom. 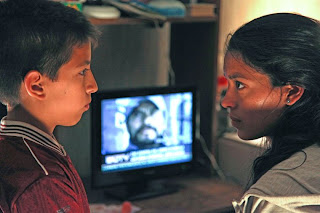 Alright I know you're not here for that, you want to know about the film, which happens to be Mexico's submission for Best Foreign Film at the Academy Awards. Miss Bala from Gerardo Naranjo is a unique thriller in which we see how the people of Mexico get dragged into the middle of this horrible war between the police and the drug cartels. The film stars Stephanie Sigman as Laura Guererro, a young girl with hopes of being in the Miss Baja beauty pageant. She is in the wrong place at the wrong time, and is essentially kidnapped and forced to do worse and worse acts for a ruthless gang leader. At one point the head of the beauty pageant mentions that Miss Baja is the representative of her state, and Laura absolutely represents the people of Tijuana. She is innocent, and ultimately dragged in the middle of a bloody bloody war. She only wants to escape the situation she's in and is literally against a wall, so she hopes by being complicit she will save her family and ultimately herself. What does happen is an escalation that shows how corruption is everywhere and that between the cops and the gangs, no one is innocent, and the people are the ones that have to suffer. Naranjo constantly hides her face, showing us that she could be anyone, that this story happens all the time and all over. It is a strong technique that he calls back throughout the film to remind us that even though this is her story, do not assume that it is a special circumstance. He even goes so far as to take the lighting almost to darkness at multiple points throughout the film. Barely being able to see our characters, he is able to ratchet up the tension as every character becomes faceless and we are left with the symbol they represent. 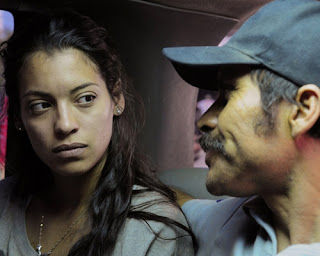 Naranjo uses the camera to give us long fluid shots, weaving us through the action and giving us a gorgeous ballet of violence and horror. The steadicam work really reminds me of the work you see from Cuaron, and is an interesting connection between these two great directors. The action scenes are some of the most impressive I have seen, particularly the shootout upon her return from America. This is a complicated shot that is unflinching and devastatingly beautiful as bodies and blood flow from both sides. Perhaps the most impressive act is that throughout Naranjo shows a distinct amount of restraint. As shocking as some of the images are, he never shows you something simply for shock value, because he does not want you to assume he's trying to prove a point. He's making this film to show you that the situation is really that bad, and never wants you to think he has exaggerated something simply to exploit it. There is a scene with a DEA agent in which he could have just showed you everything, but since this not about a high body count or gore, he moves away from the act only for us to see the aftermath as the car drives away. 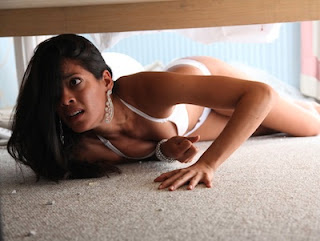 Sigman is a revelation as the lead. She wears the weight of her responsibility throughout the film, and by the end you see just how beaten down her spirit is. To the point where she is unable to enjoy the win she so desperately wanted, because she knows that rather than representing a chance at supporting her family, it represents further attachment to the gangs. As the film closes and we see just how tragic and ruthless this world is she begins to fall apart completely. After seeing so much death and so much corruption on both sides, we see her almost ready to give up, but Naranjo shows a glimmer a hope. That Tijuana will continue fighting for its people, that they are resilient and won't give up. They will continue walking and keep trying to move forward even in the face of complete hopelessness.

A wonderful film, and a great way to start off this Festival for me. Naranjo has made an amazing film showing us the reality of the war going on in Tijuana, that is both a triumph of filmmaking and acting. Quite possibly the highest praise though, comes from Twincess herself, who by the way does not love film the way I do to say the least. In her words "that was probably one of the best movies I've seen in a LONG time" 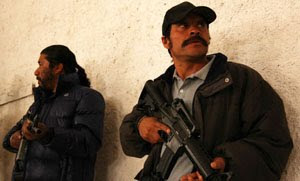 One last thought - I didn't even mention the great work from the leader of the gang played by Noe Hernandez. He plays the role as ruthless and violent, but never as a monster. He has a soul, and ultimately is a victim of his own pride and greed.
Posted by Bence at 7:13 PM