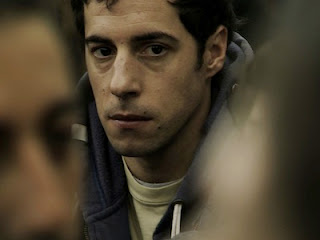 Santiago Mitre's film is a confusing slice of Argentinian politics. The film tells the story of the aptly named Roque, who goes off to university and finds himself drawn in to the incredible web of deceit and betrayal that is student politics. Said to be a commentary on politics in Argentina as a country, if that's the case what I take away is that no one knows what they believe or what they stand for, the only things that matter are votes and power. Which, in all reality, might be the case, but I left feeling confused as to what I saw, and ultimately why should I care.

Let's start with the good. Santiago's script moves at a brisk pace and befoe you know it Roque is completely flourishing in the world of student politics. His dialogue is entertaining and inspiring, but like I said before when they actually speak of politics it is so broad and vague that no one could possibly understand what was going on. He does have some great scenes, in particular the meeting of Roque's father and his mentor Alberto Acevedo, in which we have two generations reminscing over various movements is handled very well, and ultimately is what I thought should have been the focus of the movie. This idea that the youth are attempting to follow in the footsteps of the old regime and take power for themselves.

So when the movie begins to get down to particulars is when it gets entirely confusing. Names and positions are thrown about without any cause other than "lets vote for candidate A" and then candidate betrays them so they move on. Without any sort of substance to back up these view, we are left wondering what's the point of it all. Why do these students even care who wins? They must believe in something with the passion that they bring, but they refuse to let the audience in on any of the views. Thus by the end of the film after countless deception and double crossing it all begins to lose meaning. Even the ending with the seemingly revelatory "no" given by our protagonist seems to suggest a drastic change or evolution from his political infancy, falls flat considering the audience really has no idea the motivations behind Roque's political aspirations or what his future would be. 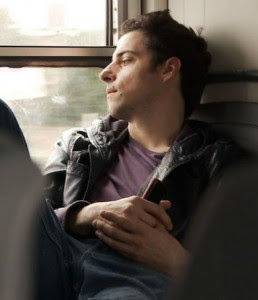 Now, I could be completely missing the point, that he really meant it all to be vague and confusing. But if that's the case that tells me he was going more for satire, in which case I feel there is a failure in execution. His cinema verite style, and realistic dialogue pushes this away from anything that I would consider to be satire. For a movie so concerned with politics, for the audience to feel the devastation of each deception, we need to understand the machinations of the political system at least on a basic level. So when he says "billy promised him three labs and the ministry acepted" I really have no idea why any of that matters. Other than labs seem to be important, and the ministry controls votes, somehow.

The least impressive film so far, suffering from an ambitious task and inconsistent execution. Santiago Mitre is a first time director who is in need of a stronger producer, steering him in the right direction. I look forward to seeing his next film, and hope to watch him grow as a director. He has some groundwork here, now he just needs to continue to develop his craft and think his films through. Not everything can be brilliant. 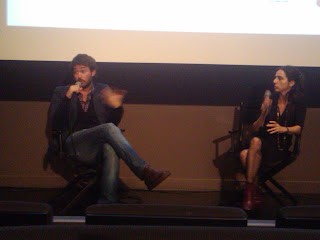 One last thought - the Q and A was brutal, with one audience member telling the director "why would you have the narrator explain everything we saw onscreen, as a spectator I felt you were undermining my intelligience"....harsh, but I completely agree that the narrator was not necessary to the film.