Proud people breed sad sorrows for themselves: Coco Before Chanel 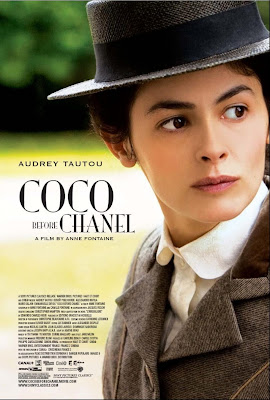 Coco Before Chanel
As I have said previously, I am not much for the world of fashion. That is to say, I do not belong in it as I am far from fashionable. Give me a burlap sack, a monocle and a top hat any day. So, I will leave the discussion of fashion to those who know much more about it, Twincess and Bence. I do however, enjoy a foreign film especially one that involves the dramatic talents of Audrey Tautou and so, I resolved to check this out. Flash forward a couple of years and I made good on this mental promise. Oddly enough, I am glad that I checked this film out as the life of Coco Chanel was quite interesting. 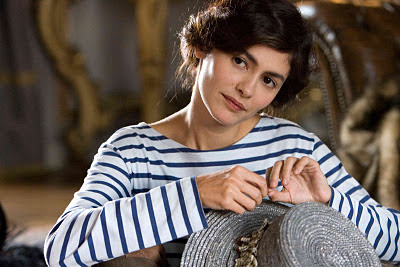 Considering the impact (and success) that Chanel has had with her fashion label, it is very surprising the humble beginnings of its founder. The film opens with Chanel being dropped off at an orphanage by her father. She quickly realizes that her father was not going to return and she became slightly cynical (especially towards relationships such as love) towards anyone but her sister. While singing in a pub, Coco is introduced to Etienne Balsan and eventually becomes his mistress while staying at his mansion. It is during that time that she begins to create hats that catch on with the visitors who frequent Balsan's mansion.

As I stated before, I am not too concerned with fashion... Nor the icons who have created the lines that continue to fetch top dollar the world over. However, I was pleasantly surprised by this movie. Tautou was as she always is, top notch. Her acting carries a gravitas that is not seen by her American counterparts, who are her same age. Outside of The Di Vinci Code, her body of work is pretty good and this film certainly builds upon that reputation. 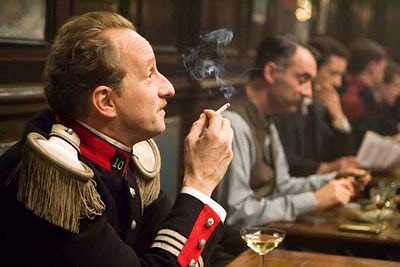 Tautou is not the only "talent" in this film, Benoît Poelvoorde (who played Etienne Balsan) stole the proverbial "show" from Tautou and the others. However, this was in large part because of his responses to Tautou's Chanel. You have to hand it Alessandro Nivola (the poor man's Ralph Fiennes), who played Arthur "Boy" Capel, Coco Chanel's lover and provided the financial support for Chanel's initial boutique. He did his best to match Tautou and Poelvoorde but fell slightly short. Yet, He learned French for his role, so kudos. Sadly, this film will not appeal to a lot of people. For one, it is in French and requires the reading of subtitles and another is the lack of explosions or nudity. For those curious, there is some sweet character driven drama, a sassy French-speaking woman and hats then this is the movie for you.