Weekly WIsh List 10/26 Aliens, Legends, Avengers and Dinosaurs, and a bit of extremism for good measure.

There's so much this week. Had a tough time getting it down. 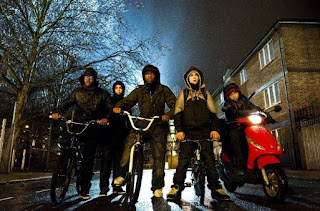 Attack the Block - Joe Cornish
Brilliant throwback to 80s horror adventures this time featuring aliens who invade the wrong side of the tracks in London.. This is Monster Squad for a new generation. Cornish nails this film, and Boyega's Moses is one of the finest characters this year. Here's my complete thoughts. Oh yah and here's what Manny though. 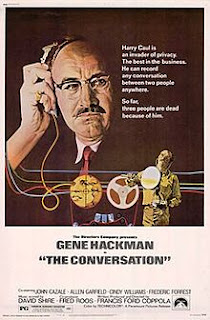 The Conversation - Francis Ford Coppola
Amazing film. I like Youth Without Youth, but I hear horrible things about Twixt, and the less said about Jack the better. Seeing this we remember that Coppola was at one point the pinnacle of American Filmmaking. This belongs next to your Apocalypse Now Blu. 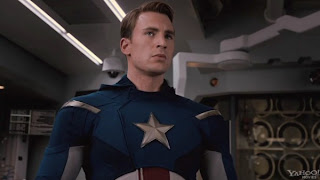 Captain America: The First Avenger - Joe Johnston
Marvel had a great summer, and I am completely psyched for next year's throwdown between Marvel and DC. Although there's no chance Whedon will outdo Nolan, I'm excited to see the two largest comics studios go head to head. That being said this is the last piece of the puzzle and Johnston manages to deliver on his promise. Lots of thanks goes to Evans for making the ultimate boy scout likable and interesting. Here's my original thoughts. 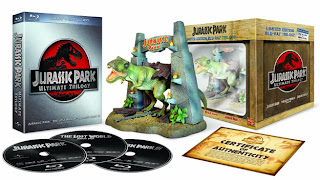 Jurassic Park Trilogy - Steven Spielberg & Joe Johnston
Let's get this out of the way Parts 2 and 3 are fun popcorn flicks, but far inferior to part 1. With 3 being about as empty a blockbuster as any, still fun, but nothing Johnston should be proud of.

That being said Jurassic Park is one of my top five favorite films of all time, and the last of Spielberg's great blockbusters. War of the Worlds and Minority Report just don't compare. This was the movie of my childhood, obsessed with dinosaurs I made my mom take me to see this film five times in the theater. I even had my dad take me to see it when it played at the 50 cent theater. Spielberg and Winston created magic by bringing dinosaurs to life, and filling this world with real people that we care about. The effects of this film stand up to most any shitty cgi fest hollywood has to offer. This was a blockbuster that had a soul, I cant wait to devour this set and share it with my son. RC "saw" the first film on his first day at home, I hope he grows up loving it as much as I do. 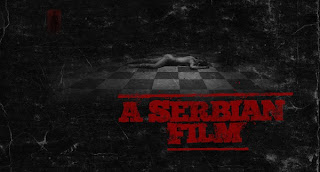 One last thought - holy shit...people have called this masterpiece they have also said that it's an example of depravity and extremism the likes of which Pasolini and De Sade would be proud of. Haven't heard of it? That's what I'm here for. Interested in exploring the dark side of cinema, well here you go, now you can have a companion piece to Irreversible.
Posted by Bence at 9:33 PM