PETA's Latest Outrage? A Digital Plumber in Raccoon Suit Bestowed by Leaf (In his new game)... Consider This Strike 3. 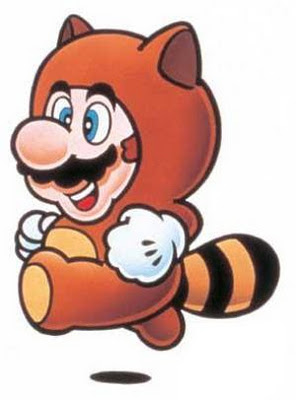 Oh Mario, I hope you did not kill and skin that raccoon you wear
I am just curious, does the People for the Ethical Treatment of Animals ever read their press releases or have meeting where they discuss what stances they are going to take? As for their latest source of outrage, I am going to hazard that answer is a "no." I am as liberal as they come but I cannot get behind such blatant stupidity. Case in point, remember that sweet suit in Super Mario Bros. 3 where Mario transforms into raccoon, can fly and shapeshift into a statue. Well, those folks at PETA, bless their hearts feel that it sends the wrong message. I have another question to ask, are you kidding me? 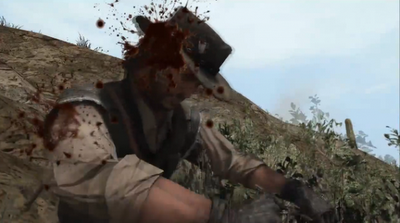 Yes, in this game, you hunt and skin virtual animals
Back to the irritation at hand, what exactly is the wrong message being sent by a virtual and fiction plumber who can fly by way of feather? As I recall, there is not a level in Super Mario Bros. 3 or this new 3d game in which the user is forced to bludgeon a Japanese raccoon dog to death then skin it and wear its bloody carcass as a suit. I am wondering where the outrage was for the hunting and skinning aspect of Red Dead Redemption? Talk about inconsistent! I am going to put it out there, if a kid is playing a video game, I highly doubt they would be active enough to go out, track, trap, kill and skin a wild (and possible rabid animal) then repeat. I have not even mentioned that then they would have to learn how to sew the multiple skins into a suit.

This is like beating a dead animal but PETA (as an organization) is clinically insane or at least the people who comprise it are. Seriously, I cannot fathom this method of activism. It is like being the fire monitor at school and screaming "fire" multiple times in home room. If they are seeking to reduce the seriousness of their cause, then by all means sound like a stark raving loon. Which will ultimately make them irrelevant in the eyes of the public or depending on who you ask they already have. Consider this the last straw, I am all for dealing with actual violations of animal rights such as poaching, abuse/ cruelty and against wearing fur but I hereby wash my hands of you PETA.

Moreover, I am going to rush out and purchase multiple copies of the brand new Super Mario Bros. because it does promote several messages. One is the message of good times and another is the message of quality gaming. Sorry to break it to you PETA but it is not a handbook for animal cruelty or getting kids to wear skins. It is a game where an obese plumber fights a lizard and somehow bags a princess while jumping from toadstool to toadstools. Sounds more "drug" related than anything, no wait, it is a children's (and altogether classic) video game. Consider this the end PETA, I shan't mention your name anymore and I shall support a less insane animal rights groups. Good day.
Posted by Manfred "Manny" Funkowitz at 6:30 PM