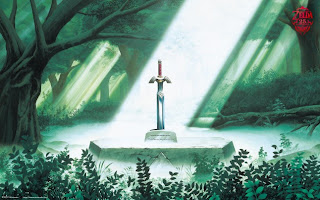 25 years with my princess and she still manages to find herself in trouble year after year. That's right folks this year is the 25th anniversary of The Legend of Zelda. For the past quarter century hordes of loyal gamers have been throwing boomerangs, pushing blocks, carrying fragile items, entering dungeons and so on. The Zelda games are my favorite series of games, period. Ocarina of Time is the greatest video game of all time, and now with the release of Skyward Sword word is Ocarina might have met its match. I can't wait to find out if that's true. But first I thought I'd take a trip through some of Link's adventures outside of the canon of the main series of games.


Link as an exclusive character in Soulcalibur 2 for the GameCube. 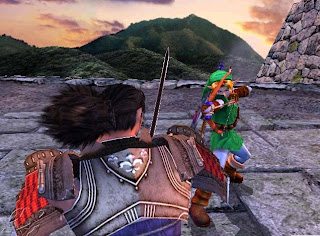 Link more than holds his own against a more mature character roster than Smash Bros. and brings along some of his toys for good measure. This weapon based 3d fighter is perfect for anyone wishing to go slash happy with our favorite hero. 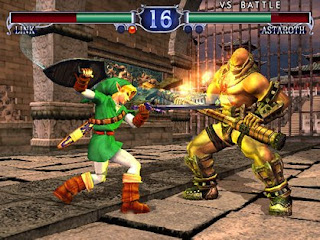 Link as an action figure. 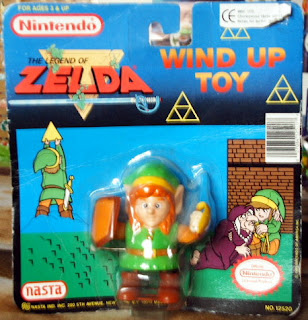 These were awesome and took some concept art of link and turned it into these super cheesy toys. The first iteration of Link looked like this so in the instruction book or your favorite copy of Nintendo Power there was always an artist's rendition of Link. 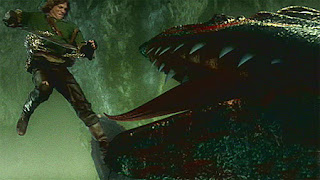 A few years ago this fake trailer was released on April Fool's day. I remember having some nerd buds really bummed that this was a joke after all. Me, I say thank god that wasn't real, I think it's a great idea, but aside from myself, Peter Jackson, and maybe Anthony Mann I don't think anyone should touch a feature film based on Zelda. 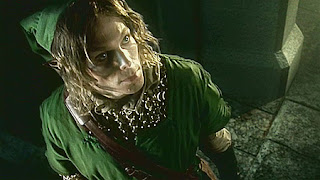 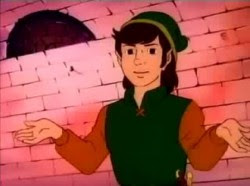 I loved the cartoon. Every Friday I rushed home just to be sure I didn't miss a thing. That being said even back then I knew something was a bit off on my favorite characters. Zelda was a prude entitled princess who could care less that Link saved her EVERY week. Link chased after Zelda, or doing the alpha male thing and beating everyone up. The fairy was named Sprite and pined after Link, cause apparently Hyrule had become a romantic love triangle. Even Ganon who looked badass was just a bumbling fool who surrounded himself with even more idiots. But like I said I frakking loved it, it was Link and Zelda as cartoons, I couldn't ask for anything more. So excuuuuuuuse me, Princess. 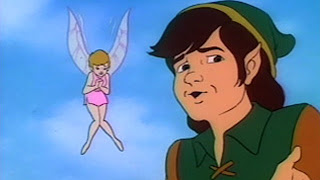 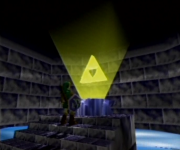 One last thought - Ocarina of Time, the greatest Zelda of all time, has nothing to do with finding the Triforce. Believe me Mr. V and I spent hours scouring websites for any hint as to where it might be, they're all fake. The only thing you get is pictures of it in the cut scenes
Posted by Bence at 8:33 PM

Email ThisBlogThis!Share to TwitterShare to FacebookShare to Pinterest
Labels: Legend of Zelda, Link