I'm late with this as usual, but the holiday season is quite busy at my alter egos actual place of employment. Being that I'm kind of a big deal there(someone has to show people how to properly fold some knits) I get quite caught up. NO EXCUSES THOUGH right? so I apologize to my humble fan base(you know who you are), but here once again is an installment of two weeks worth of home video picks. 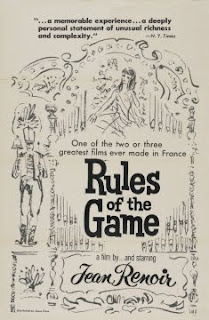 The Rules of the Game - Jean Renoir
Simply put, one of the finest films ever to grace the silver screen, and a high point in the absurdly brilliant career of Renoir. This is a tale of romance between classes and the chaos that ensues once people begin to venture outside of their class in order to find love. All of this taking place on a hunting trip an aristocrats grand estate. Aside from being a gorgeously shot film, Renoir plays with framing better than anyone working today. There is a scene in which characters are going to sleep and he uses deep focus to dolly through a hallway and as we move we see the various relationships play out in a chaotic dance of comedy and passion as action takes place on various planes. This is a must own for any lover of cinema. 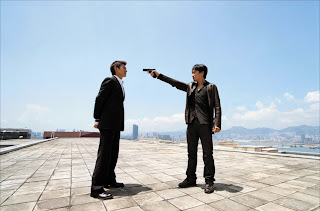 Infernal Affairs - Wai-Keung Lau
Like The Departed? Well this is the original. In case you didn't know The Departed was a remake of this awesome Hong Kong crime story. You know the plot already, but don't let that stop you from discovering this film. The movie is just as good as Scorsese's and as you watch it you realize just how much he stayed close to the original while adding in just enough to make it something new. Andy Lau and Tony Leung play the two main characters and really shine in their roles. I urge all of you to check this out, and discover a great film that inspired one of the best American filmmakers. 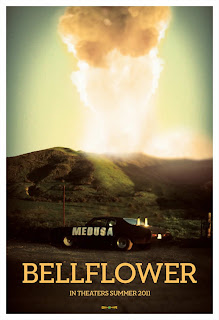 Bellflower - Evan Glodell
A story of two young men who spend their lives affixing flamethrowers and additions to muscle cars in anticipation of the impending apocalypse, before a woman comes in between them and their lives spiral down in a web of violence? Glodell uses custom cameras to shoot his debut film and as most of you know I'm always down to give someone trying something different a shot. This is the kind of passion project that sounds like he could have something real special on his hands, or be incredibly ambitious and fall short of his dreams. Either way I'm excited to check this out and hopefully discover a new talent.

Super 8 - J.J. Abrams
Best movie of the summer? Well that's up for argument. But Abrams ode to Spielberg and the movies of his youth is an amazing accomplishment. A heartfelt tale of youth, parents, and aliens Abrams has ushered in a new age of Amblin style entertainment. Here are my original thoughts. 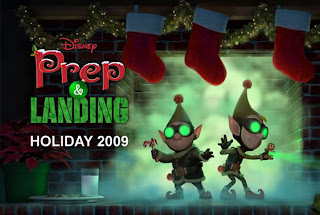 Prep and Landing - Kevin Deters Steven Wermers
This is a Disney special that aired a few years ago. RC and I discovered it on a business trip last year and immediately fell in love. This is a story of elves who prep houses for Santa in order to streamline the process(Arthur Christmas has an eerily similar plot) for Santa. The best elf is Wayne and he's is jaded at being passed over for promotion time and time again. It's a short film with a gloriously warm holiday message. B t dubs I frakkin love Christmas. This is a cute film that everyone can enjoy sharing with their family, and it comes with two other adventures of these precocious elves. My favorite part? The overly dramatic reindeer ...laughing all the way my friend ...laughing all the way.
Bence 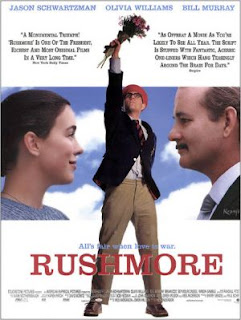 One last thought - Wes Anderson is a curious filmmaker. He has a distinct style which oddly enough causes him to be inconsistent. Rushmore was the previous high point before The Fantastic Mr. Fox, and if you havent seen it I can't imagine a better way than on this criterion blu
Posted by Bence at 8:21 PM