I was originally going to include these in my top ten list for the year, most likely taking some top spots away, but I figured these both pushed it a far as how old they were. So even though they were just released in the US this year, on home video no less with no real theatrical distribution, I felt it better to place these two in a category all their own. Straight up these are the two best movies you haven't seen. And if you have, well I imagine the type of person that knows about these films is the type of person that would drink up all the amazing cinematic kool aid these have to offer. 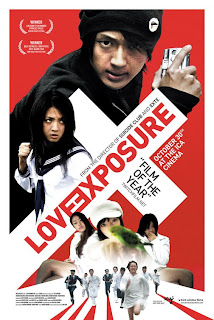 Fish Story and Love Exposure are both pieces of such overwhelming creativity and brilliance that it's a wonder they are not getting more love on the states. They are both films that stay with you, and show you just how amazing cinema can be. I would say that Love Exposure edges out Fish Story, but they are both the kind of gem I hope to find as I scour the celluloid landscape. 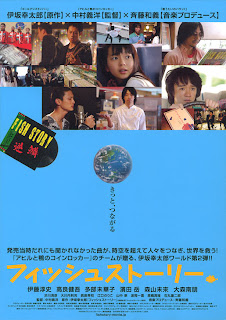 Let's start with Fish Story, which was directed by Yoshihiro Nakamura, in which a comet is hurling towards earth and three men are in a record store while one of them makes the proclamation that a punk song will save the world. We then see a collection of segments based in different decades as we see how the song has influenced various peoples lives and just how these three men arrived at the record store. It's a puzzle of a film that begins to take shape and you realize how everything fits together. Somewhat similar to Tree of Life the film discusses the effect of every moment and every action on a larger scale. We see things pay off in the en that were barely hinted at in the beginning. It's an incredibly dense film that upon first glance seems quite straightforward, but with repeat viewings one really sees just how intricate the story is. I've seen the film twice now and I imagine every time I watch it I'll see something new. I don't want to talk too much more about the plot because it's definitely part of the fun of this movie. 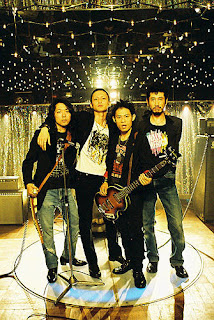 A strong intricate puzzle alone though does not make a film. Without some good filmmaking no one would ever care about your subtly interlocking story lines. Nakamura has some chops though. As we travel through the decades each segment represents a different genre of film, and it's never too in your face obvious, but he switches up his filming style each time we switch decades. The first segment they discuss takes place in the eighties in which Nakamura treats us to a small teen romance as we see how this song, Fish Story, influences one mans love life. It a subtle touch, but offers a slight commentary on the changing trends in cinema. He manages to work successfully in each genre as he keeps an awkward sense of humor throughout, continually dropping hints at the bigger picture. Again I'll let you watch and see how integrates various genres to represent each decade. 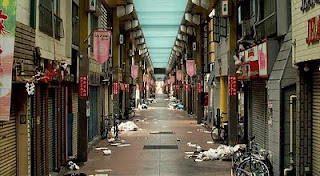 The whole film hinges on this song, an the effect it has on all who interact with it, even those who write it. There is a thread about the importance and power of art throughout the film. We see how intentions matter little in the grand scheme of things. As the universe will take your work of art and mold it and change it as it effects everyone differently. When given the chance Manny and I make our way to museums and engage in spirited discussions on what we see. While both of our interpretations maybe different does that make anyone of them wrong? This film shows what can come from a simple piece of music, that art can affect the whole world. It can cross timelines and touch people decades down the line, in ways one never thought of. This film touches on all these ideas while taking you through the various periods of cinema of the past few decades. 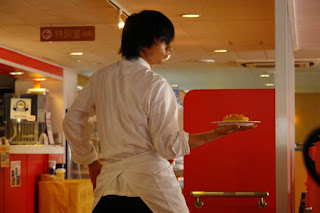 Nakamura has crafted a wonderfully unique experience ad a great commentary on the power of art and music. He keeps the film entertaining throughout as he blends genre, subtly interweaving the bigger picture here. You'll probably put the piece together before the end of the film, but as it unfolds you will marvel at jut how intricate a film has been crafted. As great as this film is, the following film manages to be even better. 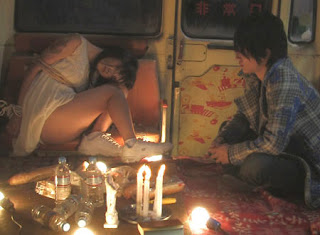 I'm not sure where to begin with Love Exposure. First and foremost there is absolutely no way I could do this film justice with words, this is absolutely a film that needs to be experienced in order to begin to understand how amazing it is. This is a four hour epic of love, religion, sexual frustration, family. There is a lot going on here, but it essentially concerns Yu and his quest for love. Before his mom passed, she told him to find a woman like the Virgin Mary. This causes Yu to have no interest on anyone except his ideal, even when he becomes a master of up skirt photography he takes little
sexual excitement out of it. It isn't until he meets his ideal girl, Yoko, who happens to be the daughter of a promiscuous lady who comes in and out of his father's life causing trouble. There begins a triangle between Yu, Yoko, and a young religious cult leader who has gone insane from an abusive father. She feels that there is a kindred spirit in Yu and does everything she can to prevent him and his ideal woman from being together. This is the main narrative force, but there are cults, cross dressing martial arts masters, family troubles, and some brilliant parallels across the characters. 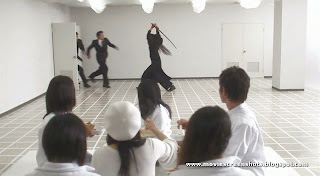 The film never misses a step in the entire four hours. I was skeptical at first, I mean just trying to type up a brief synopsis the movie sounds ridiculous and not at all the type of story that would lend itself to four hour epics, but it really does keep you interested the whole time. It is a testament to the abilities of Sion Sono, that he keeps his story intact the whole time. Everything makes sense, even when it gets into the absurd. At no point do you believe that something is coming out of left field. At one point Yu, begins dressing like a priest and accepting the confessions of sex addicts in a crazy underground club. It a ridiculous thing to say but it manages to work perfectly and reference his earlier relationship with his father. It's a surprisingly tight script for four hours. Even the ending, which I'm sure some won' t enjoy, manages to offer up as much closure as you could expect from this film. Subplots develop and finish, and they all serve the main story of a young man trying to fulfill his mother's dying wish. 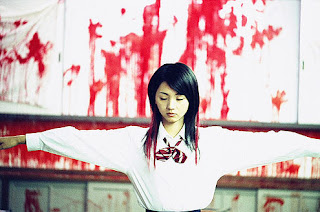 Much like Fish Story, this is a blend of genres. In Sion's film the genres dissolve into each other in a much more organic manner. So while Fish Story was comprised of distinct sections, Love Exposure weaves them together like an elegant tapestry. Mixing family drama, and action films, teen romance and absurdist comedies and more and more. It does this all with the hand of a master craftsman, as they all combine together to make a wholly singular experience. Again the film never skips a beat as it shifts from story to story, Sion makes the film evolve and makes complete use of his 4 hour time
frame. At no point does the film feel episodic, rather each pies end leads perfectly to the next. 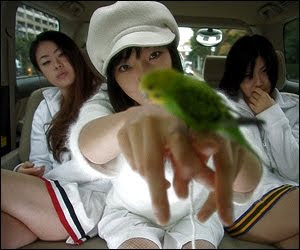 There is so much to talk about when it comes to this film. I could write a whole piece on The religious imagery throughout the film and the parallels between the Zero occult and it's depiction of Christianity. It's depictions of love and it's various mutations within the film would keep me here for hours. But in looking back at the film I keep coming back to the same thing over and over. Sion has made a four film feel as brisk a possible. He has created a story that holds your attention for the duration and filled it with oddball characters an a heightened sense of ultra reality. Where girls in tennis outfits kidnap families and brain wash them, where adolescents become mini pornographers through the most ridiculous blend of martial arts photography. This is a film that tells a story unlike anything I have ever seen and makes it entirely relatable.

These are the two best films of 2011 that you haven't seen. Both of them completely represent the type of originality and creativity that I hope to find as I scour the cinematic landscape. I strongly urge all of you to seek these films out and let me know what you think. If you've read some of my stuff you probably have an idea of my tastes and will probably have an equally strong response, maybe you'll realize obscure Japanese cinema is the genre for you, or maybe you'll hate both of them explicitly. No matter what I'm sure they'll illicit a strong response. That about covers 2011, be sure to check out Manny's wrap up of the year found here and here, as well as Hawk's found here and here. This year provided one of the richest, fullest cinematic experiences for me, I can't wait to see what 2012 brings. Manny and I have a secret project that if we can get off the ground will be amazing, and another cinematic dream come true. But enough of that, I'll let you know as that progresses.

One last thought - for those of you wondering I do have a new edition of movie night coming soon, but I've definitely been backed up trying to catch as many films as I can before the year ended.
Posted by Bence at 8:14 PM