The Suspense Must be Killing you: The Top Five Films of 2011

The Film Foray Cavalcade presents: The Epic Conclusion to the Best Films of 2011 list (numbers 5 to 1) according to Manfred Funkowitz.

For those who have not seen the previous post, click here to view numbers 10-6. It is now time to conclude this list of best films from 2011. 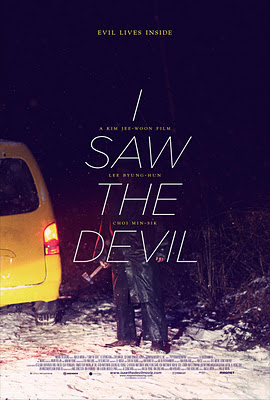 I Saw The Devil is a unique film. It contains some horrifying and explicit violent elements that in any other film would be so off putting that the viewer would eject the disc or leave the theater. However, the performances of Lee Byung-Hun and Choi Min-Sik overshadow the violence prevalent through the film. Plus, there are few directors in the world that will switch genres so seamlessly... In this case, Western (The Good, The Bad, The Weird) to a "revenge" film like this. This film makes me wonder why Lee Byung-Hun is limited to his role of Storm Shadow here in the states. The man is talented and the film is worth viewing simply for the few minutes right before the credits roll.

The Tree of Life is an interesting film to categorize. It is more of an opera than it is a motion picture. Immaculately shot (By Emmanuel Lubezki) and set to Alexandre Desplat's score, Terrence Malick has created a film that follows not only the lives of the characters but the evolution of life on Earth. This is truly the cinematic achievement of the year and any other year it might top my list of favorite films. It is a shame that this film came out in May as it has seemed to be forgotten by the major film awards in this country. Then again, it might have been too experimental to garner any nominations. 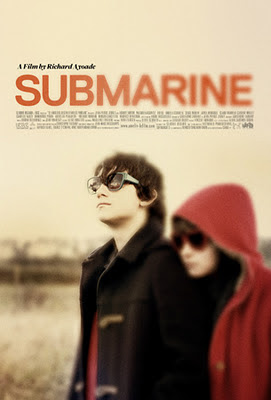 This is another film that kind of went under the radar in the States and it was my favorite film of the summer months. I think a lot of the blame resides with how it was marketed as a typical teen sex comedy. Frankly, Richard Ayoade's debut is far more intelligent than that and should not have been associated with a label such as that. Submarine is wonderful film that has a wit and charm that is rarely seen on film here in the United States. For what it is worth, Submarine is destined for the Criterion collection and Ayoade might develop into the United Kingdom's version of Wes Anderson. Not too shabby, if you ask me.

Drive reminds me a lot of Taxi Driver and by extension, Nicolas Winding Refn's body of work is a lot like early Scorsese. Refn is taking on projects that portray the world as it is, dark, violent and sinister. It is this aspect of the world that few wish to acknowledge exists. It is this exposure that makes Drive and Bronson such intriguing projects. They are unflinching in portrayal of violence which is perpetrated by the main character and in the case of Gosling's Driver (similar to Travis Bickle), he is forced into it by circumstance. Bence said this was Gosling's year with Ides of March and Crazy, Stupid, Love but this distinction could be awarded with just this film. 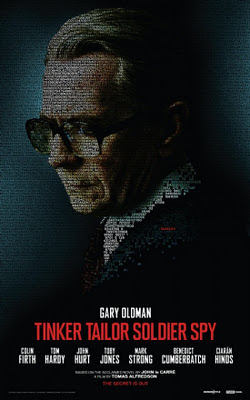 01. Tinker, Tailor, Soldier, Spy
Travesty does not fully describe the feelings toward a film of this caliber being snubbed by both the Golden Globes and SAGs awards. It is one of the most realistic spy films (in terms of its portrayal of espionage in the real world) and looks like a film made in the seventies. The film is by far the best film of the year and this is saying something considering how much I enjoyed the second film on this list. Furthermore, Gary Oldman was so wonderful in his subdued performance as George Smiley that they should have just sent the awards to his house now. Considering the amount of talent in this film, it is not surprising that it would top this list. I suppose the cast and filmmakers will have to be happy with earning the top spot of this list.
Posted by Manfred "Manny" Funkowitz at 7:59 AM

Email ThisBlogThis!Share to TwitterShare to FacebookShare to Pinterest
Labels: 2011 in Film, drive, i saw the devil, Submarine, The Tree of Life, Tinker Tailor Soldier Spy