Wow, With Quality Films Such as This, You Have to Wonder What Will be Numbers Five to One. The Review of 2011 in Film.

Film Foray Cavalcade presents: The Best Films of 2011 (in the opinion of one, Manfred Funkowitz), numbers 10 through 6.

The year that was 2011 has concluded and you know what that means. We have seen what were the worst films of the past year, it is time to take a gander at those residing on the other end of the quality spectrum. As Bence mentioned in his Top Ten, this leads to a spirited debate about what constitutes a good list. Thankfully, I was able to see some great films during my recent time in Tucson thereby fleshing out my list. Sadly, I missed out on some films (Contagion, Ides of March and War Horse) but those films will be reviewed sometime. For your enjoyment, here is 10 - 6 also known as the more "mainstream" part of the list.

10. Rise of the Planet of the Apes

This film was the surprise of the year. I was intrigued to see but never would have believed that I would like it this much. The plot was solid and did an amazing job for setting up a new franchise while making us forget the Tim Burton debacle. It will be interesting to see where it goes from here. Hopefully, it will maintain the quality set forth by this film. Also, kudos to WETA for a practical usage of motion capture technology and by extension, Andy Serkis' performance as Caesar. 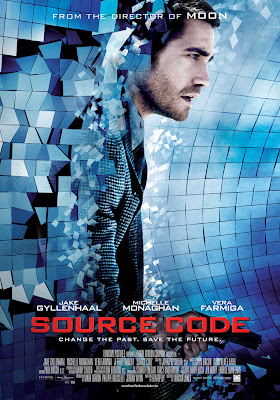 Bence maintains that I did not like this film. This could not be further from the truth. I merely felt that the "science" or lack of explanation of what source code needed to ignored by the viewer. Frankly, I think that Ben Ripley make a conscious decision to do this as it places more importance on the characters. Moreover, Jake delivers an wonderful performance as Colter Stevens, the Army pilot sent into the "Source Code" to find out details about a bombing in Chicago.

This year has kind of been mediocre in the realm of animated films. Pixar made a bad decision by releasing a sequel to their worst film. Thankfully, there was not another Shrek film... Oh wait, we were given a film featuring an annoying cat. Nickelodeon released one of the most intelligent animated films in recent memory. I concede that I have a fondness for westerns but that is heightened by John Logan's script and the voice acting. Plus, who can beat a Timothy Olyphant cameo as Clint Eastwood? 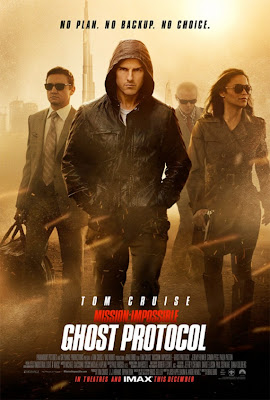 2011 had twenty-eight films that were sequels and this was the best of them all. That is saying a lot (considering how bad Dark of the Moon and Breaking Dawn were). Brad Bird has a stellar live action debut and the rest of the production crew came together to make an intelligent/ compelling action film. Considering how bad this genre can be, this is saying a lot. To reiterate, if you are not seeing this film because of Tom Cruise then you are missing out.

Low budget English science fiction movie about aliens attacking a London housing project. Did not know much about the film prior to going in... Other than Edgar Wright collaborator, Joe Cornish was helming the project (which he also wrote). Ultimately, not much was made of this film on our side of the pond but it was a wonderful film. Not only were the special effects great considering the budget but the performances of John Boyega and the rest of his gang were impressive. Oy, fat kid from Super 8 take some notes from them.
Posted by Manfred "Manny" Funkowitz at 12:00 PM

Email ThisBlogThis!Share to TwitterShare to FacebookShare to Pinterest
Labels: 2011 in Film, attack the block, Mission: Impossible Ghost Protocol, Rango, Rise of the Planet of the Apes, Source Code