"Don't talk to anyone. Don't touch anyone. That's the most important thing:" Contagion 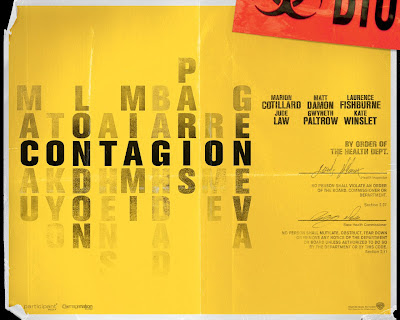 Once when I was a wee lad, I was asked what I wanted to be when I grew up. The preteen version of myself responded that I wanted to be a microbiologist. Much of this enthusiasm for the subject came from Richard Preston's The Hot Zone (a fantastic book, I still have a copy of it) and Wolfgang Petersen's masterpiece Outbreak, both hold special places within the cockles of my heart. The dream of microbiology eventually waned and I waltzed down a different intellectual path (still on it). Flash forward sixteen years and Steven Soderbergh has crafted an ensemble thriller centered on a viral pandemic. 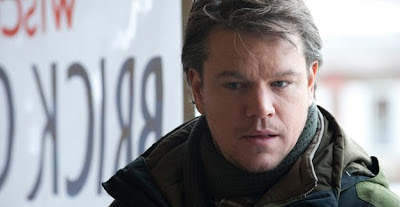 Contagion follows the path of a virus known as MEV-1, which is spread by respiratory droplets and fomites as it proceeds to infect and kill on a global level. The ease of transmission of MEV-1 puts the Center for Disease Control on edge as they have to play catch-up with an outbreak in densely populated Minneapolis. The film follows several storylines that run in parallel to the main virus angle. By the film's conclusion, many of these storylines intersect to explain the cause of the MEV-1's jump to humanity.

Prior to seeing this film, Bence continually extolled the virtues and quality of it and frankly, he was right about how great. It is kind of unfortunate that a film like Contagion was lost in the proverbial "shuffle." For most, the subject of man and disease is one of the cold or flu. Long forgotten is the tale of the Influenza epidemic of 1918 or the lethality of common viral diseases. This film illustrates that we are more susceptible to such things with our ability to travel to the farthest reaches of planet and back before succumbing to a virus. Couple it with the fact that people cannot cover their mouths (when they cough) or wash their hands and it is not a surprise that the CDC cannot contain MEV-1. 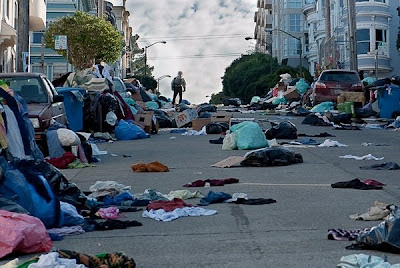 The most interesting aspect of Contagion was its use of its ensemble cast. In a normal cinematic experience, a bevy of stars is glaringly obvious. Yet, the script and to a lesser extent Soderbergh's direction, creates a realistic portrayal of how an event such as this would unfold. Of course, you know that Damon, Winslet and Fishbourne are on screen but they never feel like they are just acting. This lifelike feeling in a broader context extends to its portrayal of humanity. You might not wish to think about it but when the times get rough, there will be chaos and Contagion captures it accurately.

Honestly, this is but a small amount of praise I can bestow on this film. Steven Soderbergh proves that you do not need big budget special effects to make a thrilling film. It also makes Manny Funkowitz wish that he had followed his dream of being a microbiologist instead of obtaining the highest honor of liberal arts studies... C'est la vie.

Parting thought: For those curious, this would have made my Top Ten for 2011 one way or the other...