"It is the Economy Stupid:" The War Room 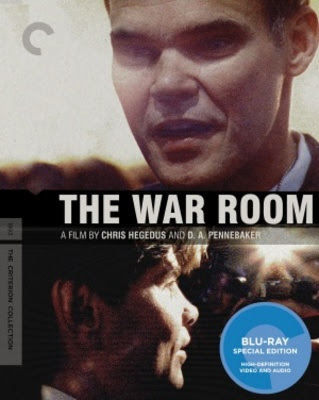 
I was waltzing around the local record store one day and I immediately was drawn to D.A. Pennebaker's name on the front. With catlike curiosity, I flipped the bad boy over and quickly realized that the film was a window into Bill Clinton's 1993 Presidential Campaign. Needless to say, it went to the top of Manny's must purchase queue that evening. Then again, I was slightly worried that the film would not live up to the D.A. Pennebaker classic, Don't Look Back, which holds a very special place in my heart of coal (It spawned some great Bob (Dylan) and Bob (Neuwirth) routines acted out by Hawk and myself towards totally strangers). Anecdotal history aside, after watching this documentary, it was apparent that comparing this film to his prior work would be like comparing apples to oranges. 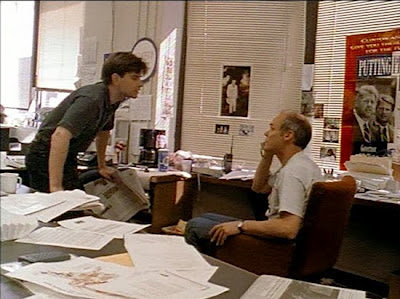 The War Room is a traditional documentary in a simple sense and offers the viewer a rare glimpse into an area of politics that we (the common man) never see. Furthermore, for those who happen to love our forty-second President (who doesn't?), there is virtually no William Jefferson Clinton. The viewer follows lead strategist James Carville and Communications Director George Stephanopoulos from the New Hampshire primary to Clinton's eventual victory over George H.W. Bush.

I went into The War Room expecting it to be like Don't Look Back and oddly enough, I was not too disappointed with this development. It is a fascinating film because of the insights that it provides to the viewer regarding the degradation of American politics. In many ways, Carville was ahead of the proverbial curve on noting how negative things have become. Moreover, it is quite easy to see where Dubya learned the political craft. For how nasty the portrayal of Hebert Walker Bush, one has to count their blessings that he was not re-elected. 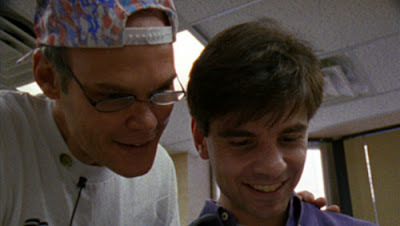 Given my relative youth, I was rather naive to the dire straits that Clinton campaign was in (at the beginning of the film) and how it was able to get back on track or how heated the competition was between Clinton and his rivals. One of the most intriguing scenes came at the end of the film, when Stephanopoulos was checking the tallies of votes from across the United States and coming to the realization that Clinton was going to be president. While I thought that it would have been better to see this from Clinton's perspective (they were not given clearance to film the future President of the United States), it still was refreshing to see how it impacted the people who helped make this electoral victory possible. Much like Don't Look Back revolutionized the music documentary, The War Room changed how the average American understands the political process.