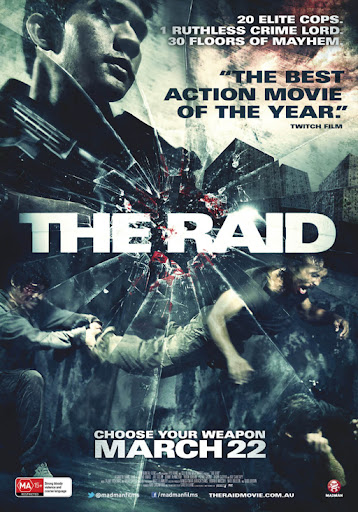 Well damn that was extremely exciting. I reviewed Elite Squad a few days ago and I mentioned how raw that film treated the action, and while that film peppered action scenes throughout in support of a much more intricate narrative, The Raid starts up and never let's up. This is adrenaline for one hour and forty minutes and it smacks you on your ass with how hard it hits. Bone breaking carnage and celluloid magic combine to make this one of the best action flicks of the past decade. 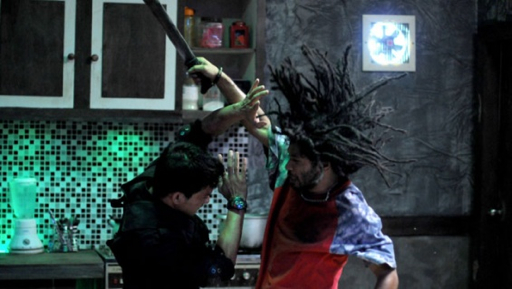 This is a much more straightforward action film than Elite Squad, and aside from being about a special ops police force the two couldn't be more different. This film tells the story of a SWAT like police force as they attempt to take down a drug dealer. The problem is he's holes up in a huge apartment complex and has filled it with various lowlifes, drug dealers and soldiers. So the team literally fights there way from floor to floor to take him out. There are some twists and turns along the way but nothing too surprising. What Evans does so well is give you enough characterization that you're invested in these people's lives. Even the drug dealer has personality to spare as he revels in being as evil as possible without resorting to mustaches and damsels on train tracks. 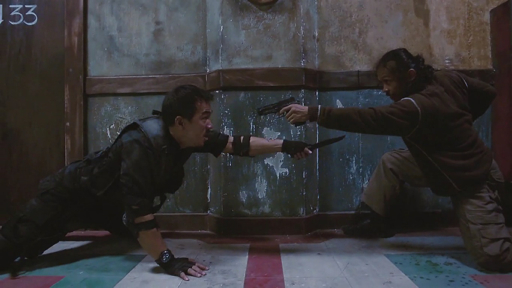 Evans shoots the action properly, giving the film a sense of style while keeping the audience properly oriented the whole time. At no time are you confused about what's happening, and if you are it's only because Rama(the rookie cop) is busy kicking ten guys asses at once. The action is a mixture of hand to hand and gun play thy is just exhilarating to watch. There is a lot of close range gun play, which I'm always a big fan of. Long range weapons used up close always yield exciting and shocking results. 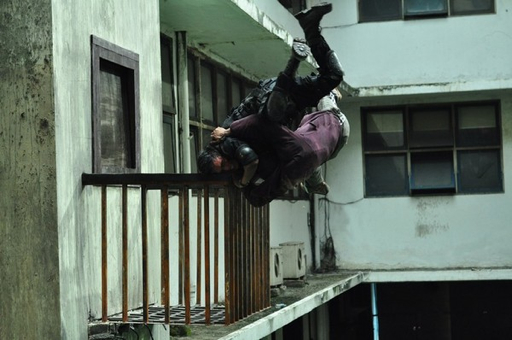 Going back to characterization, each character fights in a different way and it's a clever way to define each person. Rama is improvisational and fast, while the right hand man of the drug dealer is calculating and unrelenting. Even the aging officer relies on few hits, while utilizing his environment to attack, such as a chair or throwing a file cabinet on someone. It's the kind of small detail that elevates the film above your typical action flick. 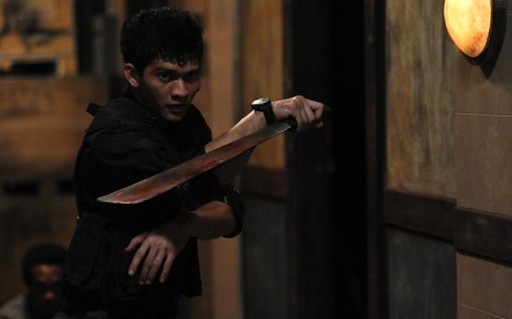 This film has been blowing people away at festivals since its debut and with good cause. The film is exhilarating and entertaining with an actual story and characters you care about. Smart filmmaking shows just how badass films can be without having to sacrifice everything that makes a "good" film. Highly recommended and an absolute must see for action/martial arts fans. Absolutely not excited for the American remake. I can only imagine they're going to hire Jason Statham, which isn't a bad thing but unless he's with the right director he can't deliver a solid film.

One last thought - Mike Shinoda worked on the score and it fits the film, but if you're not a fan of his work with Fort Minor then it probably won't do anything for you.