In Space No One Can Hear You Scream: A look back at Alien 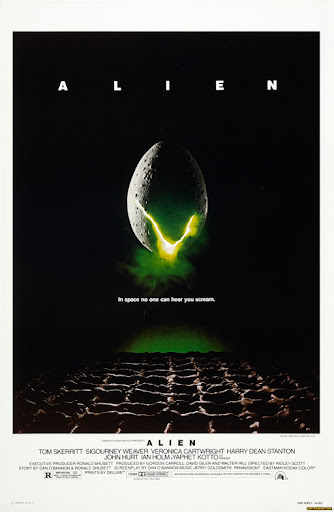 Those of you following us on Twitter know that excitement for Prometheus is through the roof. In honor of Mr. Scott returning to science fiction us here at the Maus wanted to take a short journey through the series of films that started with Ridley Scott's Alien. We will not touch the AvP films for obvious reasons. Manny will take Aliens and Alien:Resurrection, I will tackle Alien and Alien3. Manny is quite a fan of these retrospectives and I always love the chance to do a collaborative piece. So without further ado here are my thoughts on one of the greatest science fiction films ever made. 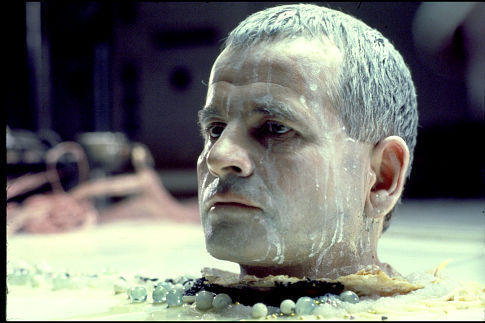 So how do you even begin to dive into such a seminal piece of American cinema? So much has already been written about the film and its influence is far reaching to say the least. To sit here and review the film seems moot at this point, it's brilliant, you know it's brilliant. So instead I'd like to discuss the story and a bit of the design. 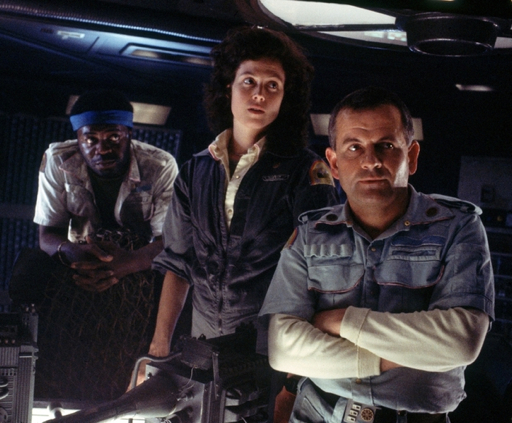 I've always thought the characters in the film were well drawn and relatable. These are essentially blue collar workers in space. Each of them with a distinct personality and for the most part incredibly likable. When they start getting picked off you feel the terror because you don't want your favorite to be next. I would have love to see this film when it came out as the bait and switch with John Hurt must've been much more shocking, but by the time I had seen it the chest bursting scene was the stuff of legend. 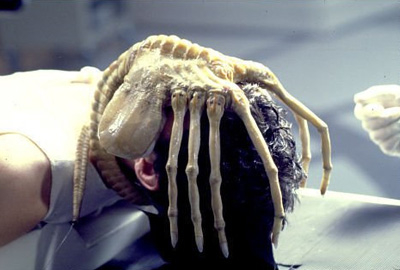 Scott knows to build the tension and not throw jump scares at us every ten minutes. These are people going to check on a signal. They take us down with them in their descent into the unknown. We have no idea what this creature is, so as the movie progresses we are right there with the crew scrambling to find a way to defeat it, or at least survive. And as we go the creature changes, we discover it's incubation process, it's defense mechanism, as well as its ultimate brutality. The Xenomorph is one of the best movie monsters of all time. It is undeniably alien in all aspects, nothing about it is human, and is only interested in procreation and destruction. These are all new thoughts when Scott was making this film. By the time 3 comes around we already know the Xenomorph, there is no mystery surrounding it. In fact as the audience we see avid corrosion and immediately know what's happening. In the first one, when the acid bleeds through the hull it's surprising and we have no idea how strong the acid is.

The design of the ship on LV 426 is awe inspiring. That scene filled with so many iconic images is a permanent tapestry in my head when I think of Alien. The fleeting shots of the Space Jockey hint at the future horrors the crew will encounter. This is of course thanks to the brilliance of H.R. Giger and his creation of a technological horror cave. Everything in the film is black but full of intricacies. There is a sense of menace and inhumanity present in both ships which is beautifully paralleled in Ash's betrayal. 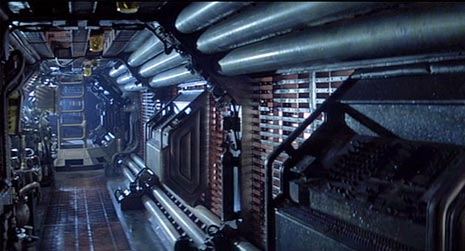 I didn't even talk about the brilliance of Ripley as a heroine, or constant theme of motherhood throughout the whole series. This film set into motion one of the greatest sci fi series of all time by no means could I fit everything about this film into a few hundred words. From the design, to the acting to the script this film nails it all. Ridley Scott creates a claustrophobic environment assisted by the fact that even if they left the ship, they'd still be kept in space. Brilliant film and worthy of all the accolades. 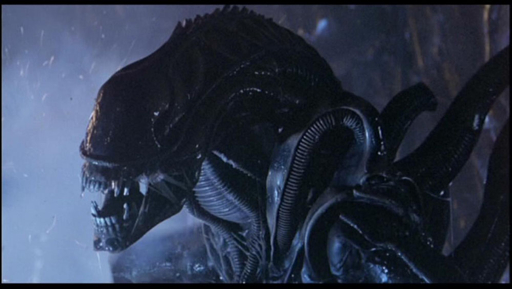 One last thought - looks like we have him to thank for Prometheus.