"My life has become as vapid as a night out in Los Angeles:" Some Night with Fun

Preface-
Oddly enough, in the time of yesteryear, I used to write many a blog about my concert adventures with our resident music guru, Hudson Hawk. Many of them still exist in the graveyard that is MySpace. Time to shake of rust, crack my knuckles, it looks like Manfred Funkowitz is returning to the realm of music. With that being said, low expectations were held by all.

The Venue: There are very few reasons why I would ever venture out to Mesa, Arizona short of just passing through. Maybe it is the hour or so drive from Phoenix or the fragrant aroma of manure wafting in the summer breeze but for some reason, I am not the huge fan of Mesa. Downtown Mesa was interesting with its comic shop and haunted house restaurant flooded with several men in a fez and another who looked like he was dressed for Nazi Germany. 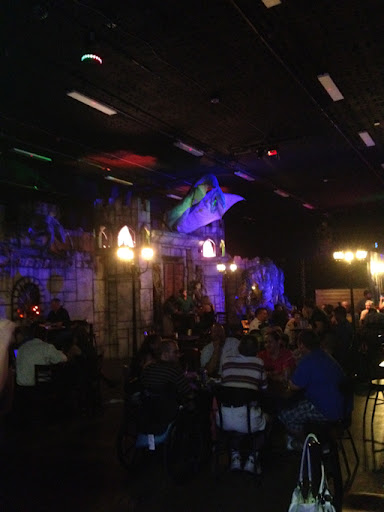 Anyway, the Mesa Art Center is a pretty slick venue sitting in a massive art complex. It is quite the impressive set-up for a city that one does not associate with such things. From where our seats were, it looked like there were no "bad" seats in the house (no sight lines obstructed) and the sound system was better than expected.

Contrary to popular belief, I enjoy opening acts for two reasons. The first is that I am being exposed (for the most part) to a band that I have never heard of and may enjoy listening to them in the future. The second is that if they suck then I am going to make fun of them mercilessly with whomever I am attending the concert.

For those wondering, Now, Now falls within the latter of those points. I do not know which was worse, the fact that they obviously chose not to perform a sound check prior to taking the stage or the fact that the lead singer's MacBook constantly chimed with errors. So, in between such pithy banter as "Boy, it sure is hot here" and puns referencing Fun there was nothing but noise coming from the stage. I could not even tell you a word from a song and tool searching the Internet (at the concert) to find out their name.

As seen in Hawk's New Tune Tuesday, I am not the world's biggest fan of Some Nights. In fact, I did not like it too much, it was over produced and highly self-indulgent. If I had listened to the album prior to buying the tickets, I probably would not have gone to the concert. However, my love for The Format and the first Fun. album (Aim and Ignite) was able to get the better of me and so, Lady Funkowitz and I headed to the land of cattle and hipsters.

As one might imagine, the best part of this concert was the material from their debut album (although, they did not play Benson Hedges or Be Calm, which was disappointing.) I had hoped that the live versions of certain songs would e devoid of the loud drum machines and auto-tune but sadly, they kept that in. At the very least, the song selection was split evenly down the middle (between the two albums) with a cover of the Rolling Stone's You Can't Always Get What You Want towards the end of the set.

I have always wondered why The Format broke up and watching Nate Ruess prancing about on stage wearing a Fun. jersey, I think I have my answer. While I enjoyed the enthusiasm and stage presence of Ruess, I was disappointed by the amount of F words in his interactions with the audience (It was literally every other word, he is quite the wordsmith, you know). While I enjoy utilizing a swear word now and then, I certainly would not do so with an audience chock full of teens (as you know, those hipster kids are faint of heart) or parents taking their children. In spite of these complaints, even I, Manny Funkowitz had fun.

Posted by Manfred "Manny" Funkowitz at 11:41 AM