"Hey, maybe you haven't been keeping up on current events, but we just got our asses kicked, pal!:" Aliens 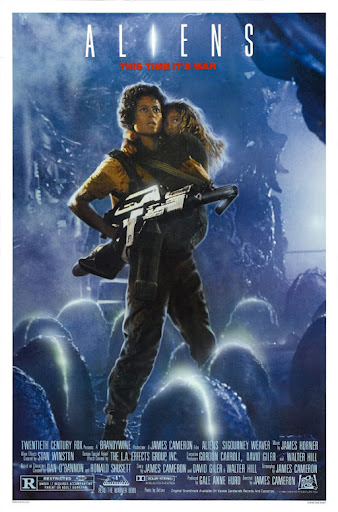 For some odd reason, I keep telling myself that I am not a science fiction fiend inspite of my love for this genre of film. The Aliens quadrilogy is quite possible my second favorite science fiction franchise behind Star Wars and followed by The Terminator series. My affection for these films stems from the fact that each one is different from its predecessor. This notion is especially true when one compares Alien to Aliens. 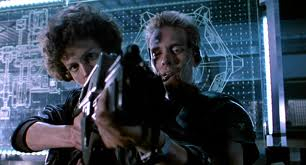 While Ridley Scott set the first film in the hybrid genre of science fiction and horror, whereas James Cameron created a sequel that is best described as a war or very least combat driven. While one must enjoy the stunning visuals aboard the stark white and sterile environment of the Nostromo, you cannot help but be in awe of the world that Cameron brings to life with Aliens. Just from the lack of color, you know that the world of LV-426 is not only chock full of danger but it is also downright hostile.

It is said that the inspiration behind Aliens was the conflict in Vietnam. In many ways, this motif makes the film timeless with it being applicable to today's military as those in the decades before it. You have a superior military force being used against the indigenous species to perpetuate interests in the area. The Colonial Marines in light of their strength and hubris are completely outmatched by the Xenomorphs. 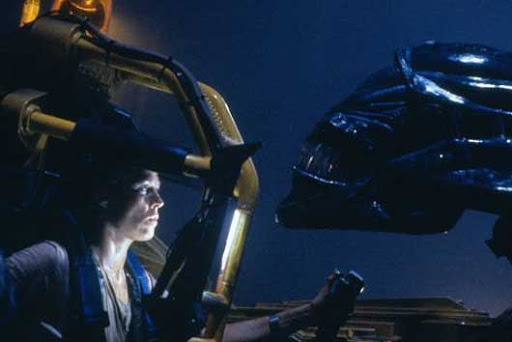 Aliens is not simply a hard boiled war film, it is a deeply emotional film, with the audience growing to care immensely for the characters of Ridley, Corporal Hicks and Newt. Furthermore, you really get a sense of James Cameron's personal politics regarding economics through the utterly despicable character of Carter Hicks. This was bold considering the political climate at the time. It was the age of excess and you have film forces the viewer to take stock of their feelings regarding multi-national (or in this case, a economic reach that spans galaxies) corporations and the government on whose behalf it is working for.

Most importantly, Aliens is a film that stands on its own, it exists outside of the science fiction genre but the Aliens quadrilogy as well. This is not simply a statement of the story but the quality of the writing, acting and level of production as well. If Cameron had not been involved, it would not have been made and the world of cinema would be weaker because of its absence.
Posted by Manfred "Manny" Funkowitz at 12:00 AM