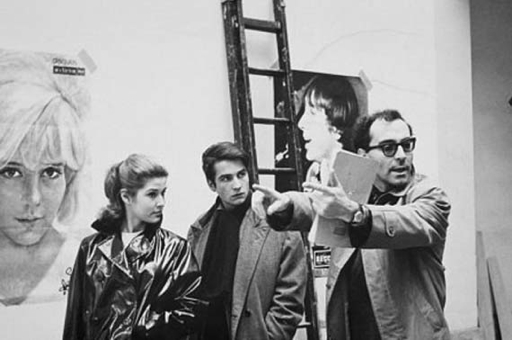 Film movements are an intriguing result of a collective consciousness manifesting itself on the screen. Whether it be born from a rebellious nature to shrug off the ways of the past such as Nouvelle Vogue, or Dogme 95, or something more organic such as Poetic Realism or the American independents of the 70s. Some of them are defined by manifestos and beliefs, while others simple exist together and history labels them later. Either way, film movements capture a moment and give us an insight into the cultural landscape of the time. So that brings us to today, and seriously WTF is mumble core? 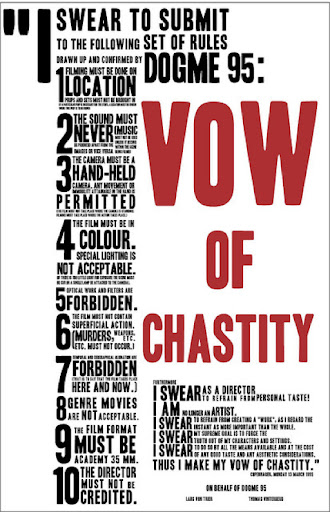 I had known about the Duplass brothers and some of their contemporaries for awhile now. I knew this group of friends revelled in low budget filmmaking with loose scripts that seemed to tell small intimate stories. I had no idea there was this whole movement around it. Whether they label themselves or not their films fit into this movement of the modern age. 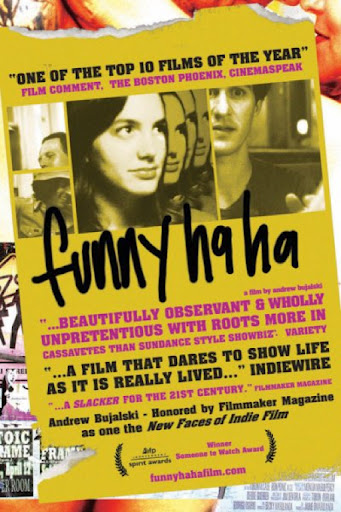 Mumblecore began with Funny Ha Ha by Andrew Bujalski, the films are defined by the improvisational dialogue which is the reason behind "mumble". Most of the characters deliver lines in a naturalistic way, often by amateur actors. It is movement of realism for the most part, relying on minimal lighting and low budget digital filmmaking. So these are all the aesthetic and technical aspects of the films. The movement goes deeper and while neorealism examined the working class, mumblecore examines the apathetic and directionless 20 and 30 something's of the new millennium. The films are filled with characters who are educated, from middle class families, but with little to no drive. Or if there is drive there is a lack of conviction. It is the age of entitlement and we see layabouts and dreamers who feel success will come to them. 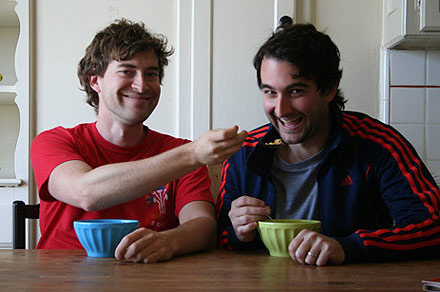 So if you're following me so far, the you realize the films are often filled with douchebags. Not only that but douchebags who can't act. I know that sounds harsh, but it more or less is the reality. I'm sure you know it's hard to make a douchebag likable, and when we get into the films it's one of the biggest problems I have with the movies, but some can get it right as we will see shortly. Now before we get started, none of these directors would ever come out and say oh I made a mumblecore film, especially Lena Dunham who vehemently hates the connection between her film and the movement, but these films share the thematic elements and aesthetic approach that make up this idiosyncratic movement in film. 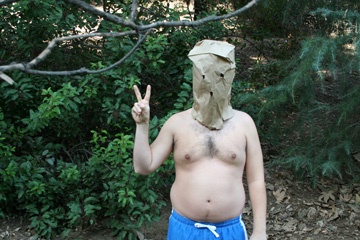 Ok so I want to look at a few films, but while before I spent a lot of time analyzing the film, I am going to focus on one or two key elements and how it relates back to this movement. First off I want to start with Baghead from the Duplass brothers. The Duplass have said this is their response to the overly gory horror films from the first decade of the millennium. Mentioning Hostel and Saw as gory films but never creating scares. So apparently they thought a man with a bag over his head staring through your widow would be scary. The film follows four struggling actor/writers as they go to a cabin for a weekends worth of writing. As they begin to tell the story of a man with a bag over his head terrorizing some campers, their nightmares become reality and so on.

Is there any greater hopeless profession than an actor/writer struggling to make it? Well the Duplass brothers fill these characters with just the right amount of entitlement you'd be sure to find as waiters in any high class Los Angeles restaurant. There's a weak love story in there as well about what else? But unrequited love of course. The film actually has a decent twist at the end that could have made for an interesting film if they had played that angle more. The problem is the inherent opportunity with this type of film. For some reason indie DIY films insist on filling the screen with unlikable characters who can't deliver lines or create tension. I was there and when the actual scenes of tension start they are actually promising, the problem is too little too late. By then I didn't really care what happened to the characters or if there was some over arching theme on the merits of indie film and how to make brilliance out of nothing. I can accept that these brothers want to make films by their own rules, but if you're doing a film so dialogue heavy then use people who can deliver it. Ti West, who has his own set of problems, nailed the dialogue in his last film, and that film was full of tension. 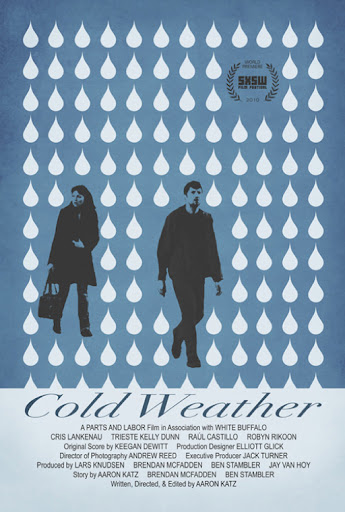 I know this is not a conscious film movement, but the dedication to layabouts is confusing. Now when you look at a film like Cold Weather, you see the same themes explored, but we also see how world shattering it is once out character begins to grow. Cold Weather tells the story of a recent graduate with a degree in forensics, as he returns home with no prospects and an awkward desire to work at an ice factory. He begins to renew his relationship with his high school sweetheart, and then she goes missing and the film becomes this modern day hard boiled detective film as him and his friend search for the lost girl.

Now this is mumblecore used to explore themes in an interesting and unique way. The genre shifts the movie takes are so drastic, they parallel the character development perfectly as we see our hero grow as he begins to find his passion again. The spark in his eyes as he moves through the film with purpose give us a relatable character. Anyone can relate to not knowing what to do after college, and while working at an ice factory is a bit on the nose symbolism, it represents what these films are trying to portray very well. These films celebrate the youth of a new generation, but more than that what happens when that generation becomes an adult. Ours was a generation that never knew poverty the way our parents did. The middle class grew exponentially and thus there is a whole generation of kids who never knew the types our parents did. So there was never a reason for us to grow up, sure there are always the less fortunate who had to scrape together and work from a young age just to help the family pay bills, but these films dont look at that. This is why Cold Weather is such a great example for mumblecore, because it takes this entitled youth and juxtaposes our heros lackadaisical attitude with the powerful drive of his less than fortunate friend. 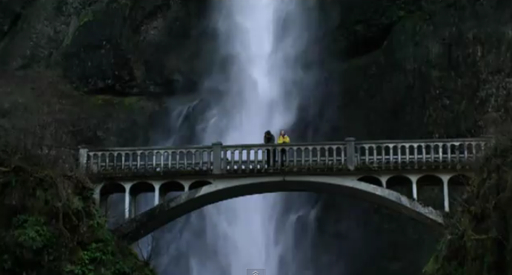 Even the low budget aesthetic has a purpose with this film, since the film becomes about a man becoming an amateur detective, the low budget film is a great mirror to his life. It doesn't hurt that the actors deliver their lines much better, but more than that everyone here has depth and every character has changed from when we met them. 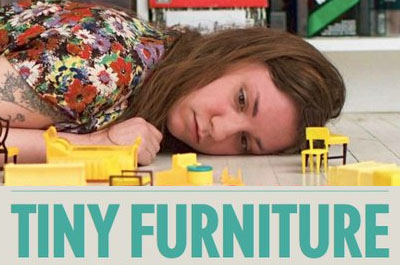 I want to look at Tiny Furniture from the extremely popular right now Lena Dunham. Dunham's HBO show, Girls, has been called everything from the voice of a generation to a huge step back for feminism. She has openly rejected the label that her film, Tiny Furniture, is a mumble core film. Whether it is or not it might be the greatest example of the movements favorite hero. Dunham plays a recent college graduate as she moves back in with her artist mother and struggles to find her place in life. Along the way she faces disappointment, humiliation, and a sexual encounter in a pipe. What really separates her film is the quality of writing and acting. Like Dunham or not she is an extremely clever writer, and her film is hilariously awkward, and as an actress she has no fear of putting herself on display for all to see and laugh at. Her movie captures the aimless nature of our late twenties as those around us succeed and move on, we are trapped in arrested development with no hope to move on. The film is able to have the same naturalistic dialogue but this delivered with talent and timing. Like anything else, even if you are trying something different , if you can't do basic things well, like acting, you can't have a good film.

So seriously WTF is mumblecore? Well after spending some time with these films, it is a film movement for the new generation. In this day and age almost anyone has the tools to make a film. Between cellphones, and Flip cameras, to digital, filmmaking is accessible to anyone with some time on their hands. The result is this DIY style of filmmaking, and unfortunately a strong side effect is some poor acting, but that changes from film to film. It would make sense that the characters involved are representations of the directors themselves, so what else than a group of apathetic, educated,entitled and hopeless individuals floating through life. While there are some great examples like Cold Weather that are absolutely mumblecore, but ultimately transcend the genre, there are plenty like Baghead, filled with douchebags. 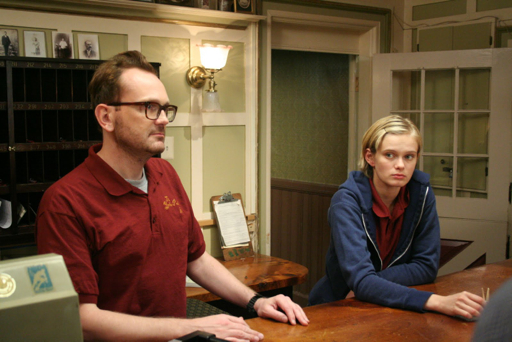 One last thought - so does this apply to everything, because Adam Wingard, and Ti West seem close to playing in this sandbox, but on the horror side.