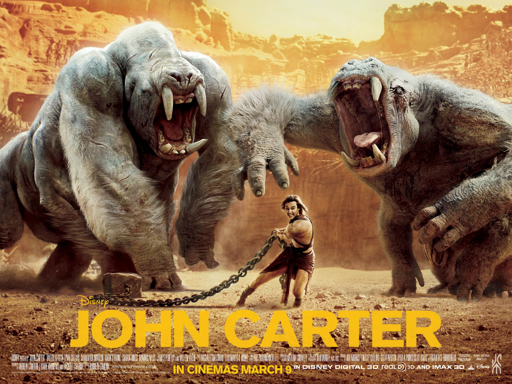 I really wanted to love this film. I'll go ahead and jump on board and say all the marketing materials didn't help at all. They definitely didn't suggest the scope of what this film was attempting, those first posters were especially confusing. That aside the film plays at being an epic sci fi yarn and at times it hits it, but those moments are few and far between. This film rests on the shoulders of Kitsch and Collins and they simply aren't up to the task. Another case of immense potential fated to rest in mediocrity for the rest of its celluloid lifetime. 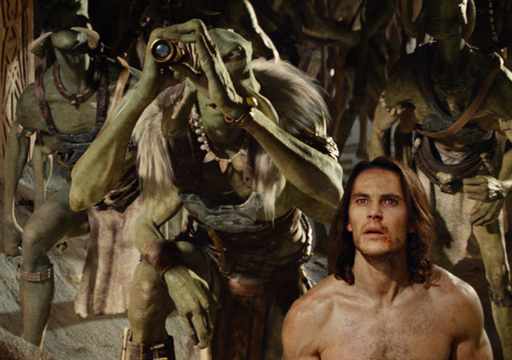 Let's talk about what did work. I loved the look of the picture. People have criticized the "realistic" approach. I think it looks great and gives Stanton some amazing vistas. He imbues the desserts with traditional and CGI sets and the marriage is more or less successful. It's not the greatest effect, but it never yanks me out of the picture. The design of the Thark village is rural and rough and the ships have a steam punk meets insectile sensibility to them. The design of the cities starts to lose consistency, but within that there are pockets of great design. The scope and ambition are all on screen an it's commendable. There are fully developed cultures and species an deities(maybe) and they hint at a possibility of a wonderful epic. 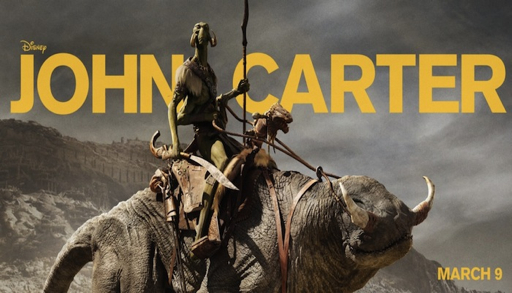 Mark Strong is always great an his seemingly omnipotent puppet master is a highlight tk be sure. Willem Dafoe is my favorite character in the film. As leader of the warrior species Tharks, Dafoe gives the most nuanced performance providing you with strength as well as an underlying souls and heart. Easily the most passionate character in the film. 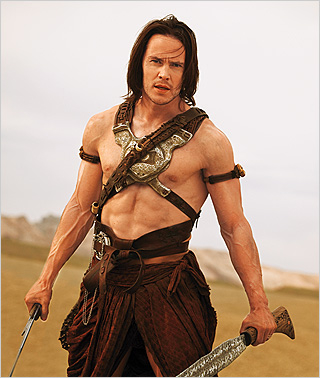 Which brings us to Kitsch. I'm sure he's a nice guy but man he needs a new profession. I just don't buy him as a Civil War hero, a leading man, or well anything. None of the leading man status that needs to happen, happens. Kitsch tries his best but we are left with a flat and clunky performance. He has some humorous asides that don't make sense that a man from the 1800s would say. He talks with a cadence that is native to modern speech. As for the emotion? SCREAMING is not passion. Maybe him and Hayden Christensen are best friends. He has one decent fight scene, and unfairly to him, the scene is intercut with unnecessary flashbacks. 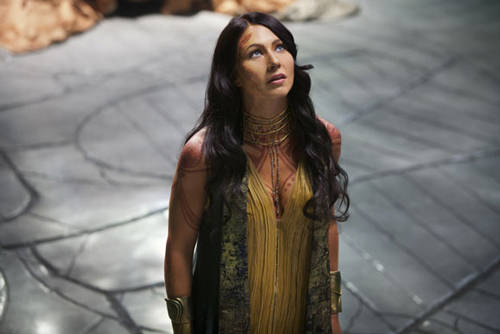 Collins as the princess is no better. I don't buy her as the beautiful princess who happens to kick ass. Her chemistry with Kitsch is non-existant. Frankly, James Purefoy in his five minutes with kitsch was more playful and charming than any of Collins' scenes. I definitely don't buy that Kitsch would be willing to go into battle alone to save her. 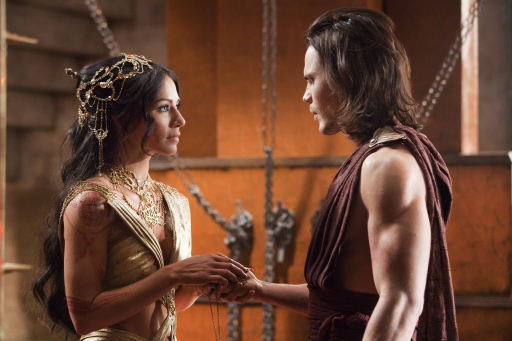 Ultimately, these two really kill the film for me. Their performances are such a disappointment and being the lead characters there's no way the film could exist without them. They pull me out of the film constantly as its obvious they are "acting." The script has some issues as well,mwith struggling to define so grand a universe that it can't possibly do it in the time allotted. We are left with a sometimes beautiful piece of potential. There's bits to like here, but epic sci fi it is not.

One last thought - yah yah the dog was kind of cool.