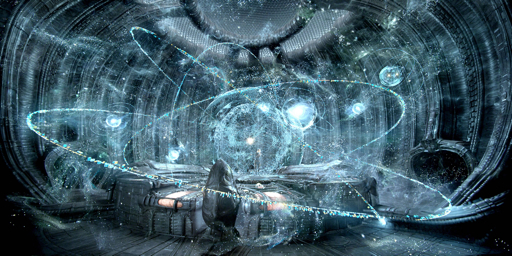 First off I hope you enjoyed reading the articles on the first series of films set in the Alien universe which can be found here and here.. A lot of fun to revisit and watching part 3 again caused me to look at it in a different light. That brings us to Prometheus. Scott has repeatedly stated that this film "has Alien DNA running through it but it's not a direct prequel" pretty much for the whole of production. Now after seeing I think he has more or less given the whole movie away. He also has been completely honest about this not being a direct prequel so any of you out there actually expecting another "Alien" film are just setting yourselves up for disappointment. I love reading what my peers on the interwebs have to say about films, and the debate on this film is amazing. I am so intrigued by the controversy the film has caused not because of the quality but the reasons people give I just don't understand. People talk about questions being unanswered and a monster without any logical rules. Well that's essentially what I want to talk about here. BE WARNED THIS IS ABSOLUTELY A SPOILER FILLED REVIEW. ONCE AGAIN....MULTIPLE SPOILERS FOLLOW. 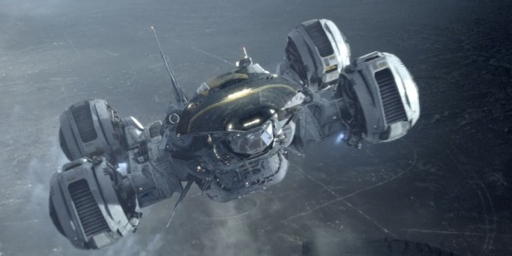 Still here? Alright. I loved it. In fact I really loved it. I walked out of the film contemplating my thoughts on it and after processing it I can't wait to see it again to see if my theories hold up. That's not to say this isn't without it's flaws. In fact there are some decent ones, and especially the last scene I find a bit tacked on, but we'll get to that.

Scott has made a visual extravanganza that doesn't reinvent sci fi the way Alien did, but rather he shows why he is a master of the genre. I would love nothing more than for him to continue in the genre. It allows him to explore such grandiose themes and create some of best visuals on the screen. The whole film is beautiful from start to finish providing you with amazing views of other worlds and future technology. Everything feels possible, the designs of the human technology are all believable as an evolution of our current technology. They contrast perfectly with the bio techno influence of Giger's designs for the alien culture. I love that we have switches and knobs, and the alien ship almost feels alive, with fleshy activators and buttons built into stone(maybe?) even our suits are completely different from the exo skeleton nature of the Engineers. 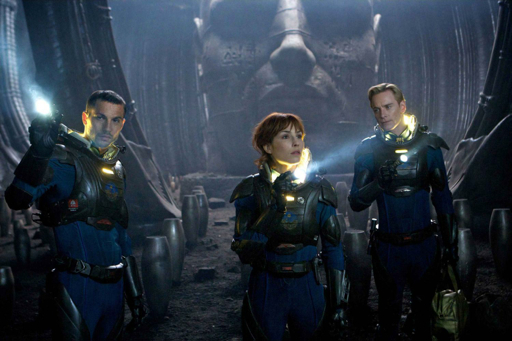 The story he tells is far different from his first foray into this universe of mega corporations and space travel. Gone is the slow burn dread of the first film. These aren't blue collar workers receiving a distress signal. These are scientists on a mission to make contact with their creators. This is a film about exploration and discovery. It discusses the violent nature of creation and how closely destruction follows. Does the horror come? Oh god yes, and it comes with a visceral ferocity that will knock you back. But it's a journey in itself to get there, so if you're expecting nonstop thrills this isn't that kind of movie. This is far different than anything in the Alien franchise. 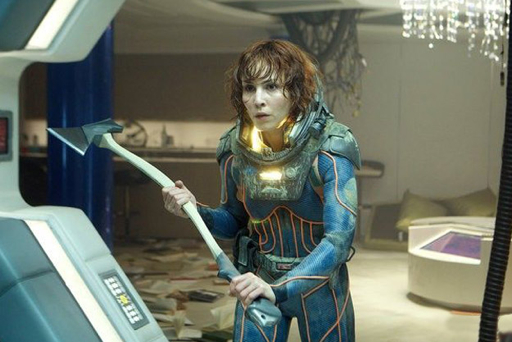 Let's talk a bit about characters. Here's where the film starts to get uneven. As a lead Noomi Rapace is passable. She does a fine job, but in a film like this her faithful scientist who can't have children just isn't as compelling as some of the other characters. Theron does solid work, but her twist is rather unnecessary. Elba is great in a supporting role, he makes an assumption towards the end thy might just describe the whole film, and I think he's partly right.

The biologist and the geologist bug me. They both meet their makers but I don't think they act like real people. The badass geologist gets freaked out at the first sign of life, and likewise the biologist somehow thinks its ok to touch the mutated worms. Two actions that don't sit right with me. Likewise the rest of the crew kind of come in and out as is relevant, it's not a big issue but definitely holds the film back from quite reaching that brilliant level. 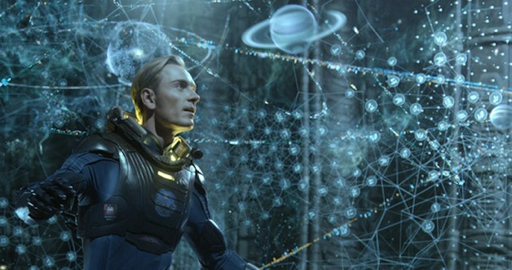 Now Fassbender, he is a god amongst men. This man can do now wrong. I don't care what he does, I will absolutely see everything he does. His performance here is uncanny, and he manage to give a robot so much depth. He outshines everyone in the film and that's a problem when he's with Rapace. The guy acts circles around her. His David is an ambiguity filled with a devilish charm and from the beginning you know his agenda is not in line with the rest of the crew. I've seen people call him an antagonist in the film, catalyst might be a better word.

Alright so spoilers? I want to talk about some of the issues I've seen on other reviews, and why I think they are invalid complaints. Subsequently this will result in me giving you my opinions on what is going on. 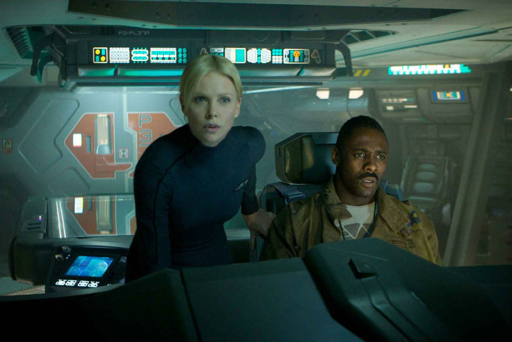 So first off, people talk about unanswered questions and the film being ambiguous about too many things. To that I say 1. Why would you want EVERYTHING explained. 2. I would say that Scott and crew give you all the answers you want, you just have to pay attention. At no time does he betray logic. This film requires some work on the part of the viewer, if you're not engaged then yeah it might come across as a mess. But let's see if you agree with me on some of this. 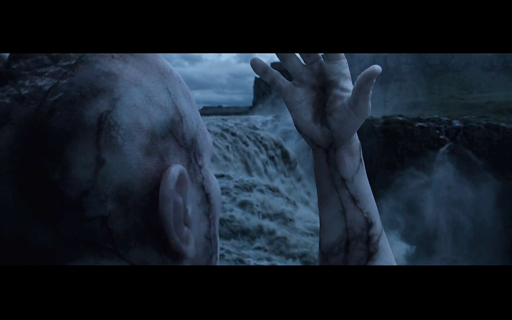 The beginning scene of the film sets up a lot of the "rules" of the film and gives you a lot of information you need to understand what will happen later. We see an engineer on a cliff of a waterfall. He drinks a mysterious liquid, then begins to decompose until he falls into the water. At which point we see life begin on a genetic level. Is he on Earth? Probably, but that's never explicitly stated, and frankly it doesn't matter. These engineers are capable of immense interstellar travels, and creation on a cosmic level. They could have created millions of civilizations, and I bet they have as we see how small our planet is on their star maps later. All that's important here is that we see the black liquid and what it can do. Here we see both its power to destroy as well as create. One big source of controversy seems to be people's reaction to this fact. But Ridley shows us their technology is advanced in a biological way. We see this in the design, as well as their ability to genetically manufacture various species. We are shown the potential of these creatures, and I imagine that the solution used to create us, is far different than the solution we find on LV-223. People talk about leaps in logic, but they are just jumping to conclusions. Why would it be so hard to imagine that these creatures use different solutions to receive different results. 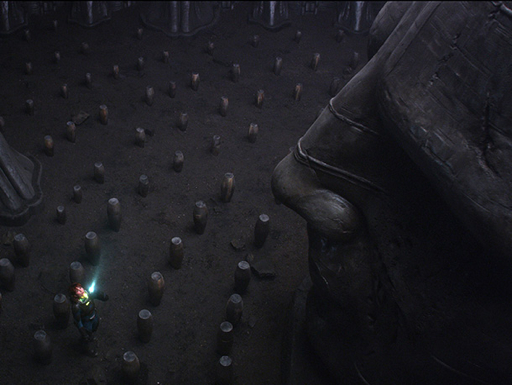 Elba makes a comment that they are not on the engineers homeworld, rather something along the lines of a military installation. I think he's close to being right, but I think given the themes of the film that we probably are on a planet where they do much of their genetic research. I think the creatures we see are scientists with a mission. Something happened and they became disappointed with us and set to eradicate us as a species. Thus they developed the black solution we see in the room with the giant head. It's obvious these engineers are able to sculpt DNA, so it makes sense that they could harness that power to create something incredibly destructive. The black liquid is where we get our Xenomorphs from. We see the effect it has on multiple creatures and the progression is roughly similar depending on the creature. We see it mutate worms into giant snake like face huggers. We also what happens when it combines with human DNA in one of the films greatest set pieces we see a face higher forcibly removed from someone an the result is an amazing mutation both scary and vicious. If anything the picture of a Xenomorph like creature should give the sense what the end goal of this black liquid would be. One can just imagine with the amount of black liquid on the ship if they actually made it to earth and let the liquid infect our waters, the whole planet would be destroyed in short order. Something obviously went wrong and their creations turned on them and the Engineers, at least the ones on this specific ship died.

So why does it effect men differently? The black liquid seems to break down DNA and then rebuild it, a process that in women attaches to their uterus and seemingly grows within an egg. In a man the process is much more severe as they seemingly get eaten from the inside out as their bodies decompose. Scott shows us this in the first scene, so I'm not sure where this confusion comes from. 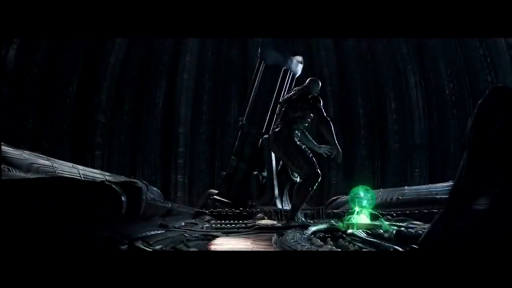 The connection to Alien? Minimal at best. None of the ships we see make it to LV -426. Sure we see this amazing set where the engineer gets into the chair and dons that famous suit we all know and love, but you know what, this isn't the same ship. Fassbender says it himself....there are many many ships on this planet. One of them happened to crash onto LV-426 and of course the cargo got carried away as it does and had time to lay the many eggs we see in the first film. 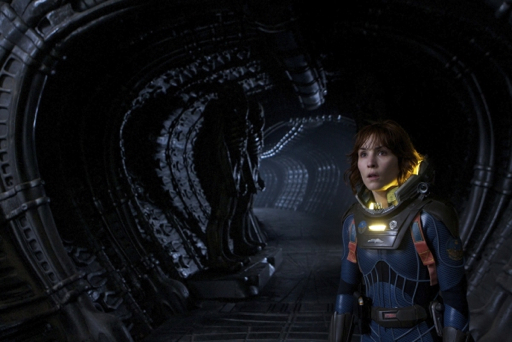 What about the Xenomorph at the end? Absolutely horrible and unnecessary. If you couldn't connect the dot that the black liquid would eventually evolve whatever creature it inhabited to make some variation of the Xenomorph then you really weren't paying attention. The scene feels so amazingly tacked and serves no purpose. We already knew the fate of the engineer the moment the giant face hugger attached itself. If he was going to show us the Xenomorph being born, he should've done it earlier, but frankly the film didn't need it. The presence is felt throughout and I much preferred knowing in my head the inevitably of the Xenomorphs creation rather than see it handled so poorly. And no, this is not the same Xenomorph we see, the liquid changes whatever host it begins with so again we are left with countless possibilities all slightly resembling one another. 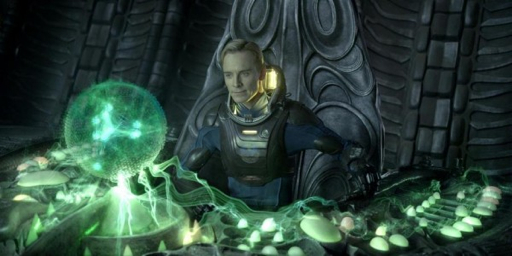 Any more questions? I'd love to continue discussing the film and I could just keeping typing and typing. There is plenty room for interpretation but I believe the majority of the answers you seek are all up on the screen, but Scott is definitely not interested in spoon feeding you anything. This is a gripping film on the verge of brilliance. A few flaws keep it back, but who knows maybe with more viewings I'll grow to love it more, or maybe the flaws will fester and shrug this back into the pile of DVDs with the rest of Scott's recent work. 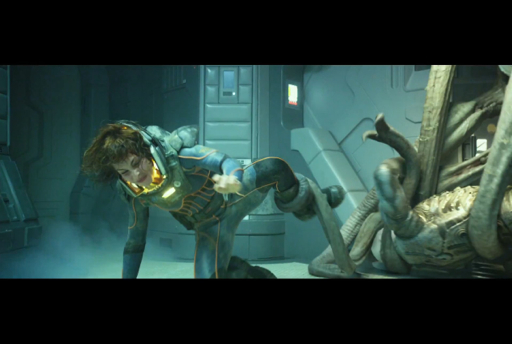 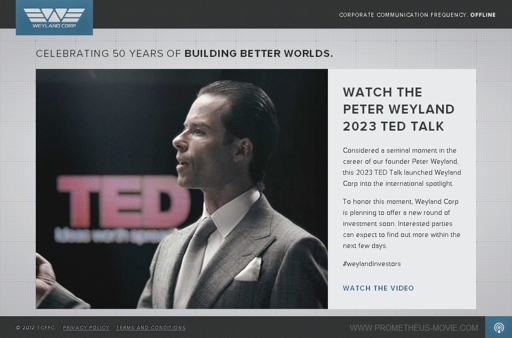 One last thought - Guy Pearce needs to work more, I always forget how awesome he is.