Hark? Does Thoust Hear That? The World Still Turns (as Millions Groan) in Spite of Obamacare being Constitutional. 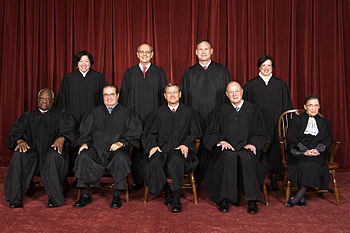 Is it just me or is Ruth Bader Ginsburg, a stone cold fox?

The Mayans certainly were correct about the world ending, although they were incorrect about the date. The world as we know effectively ended on June 28th, 2012. This date which will live in infamy is when the Supreme Court defied all the senses of decency in this country and upheld the constitutionality of the Affordable Care Act (Also known as Obamacare).

The last vestige of American pride, its amazing and egalitarian health care system is now nothing more than a Socialist wasteland. Who does President Obama think he is? Trying to provide healthcare to millions of Americans, who would go without coverage otherwise. The nerve of that bleeding Communist! How dare he inflict Americans with a Socialist take on health care. What was that? In a Socialist system, the government pays for all of the health care coverage to all of its citizens? You do not say.

Oh. I suppose that does not sound like Obamacare at all... Since I still pay massive amount from my biweekly paychecks to cover my health plans. (Sounds of Crickets). Rabble, rabble, grumble, grumble. Who is gonna pay for this? That money should be going to tax cuts!

So, what if President Obama's approach to health care has roots in Reaganian politics and epitomizes free market Capitalism... His way is wrong because I watch Fox News and subscribe to divisive partisan politics. Everybody knows that pundits are always politically astute. Now, if you will excuse me, I need to pack up my possessions so that I may join Rush Limbaugh in Costa Rica... A place which has one of the longest running socialized health care programs on the planet. Ironic.

PostScript: All sarcasm aside, the hullabaloo over the Affordable Care Act is about as specious as the fervor behind such thoughts of Obama being a Socialist. Yeah, in the past four years, the President has done little to take the country out of the bosom of Mother Free Market Capitalism and place into the clutches of Devil Socialism or Fascism or whatever evil version of ideology that is the buzz word of the week. Sorry, looks like I could not remove the sarcasm enough to be serious even in a post-script.
Posted by Manfred "Manny" Funkowitz at 10:48 AM