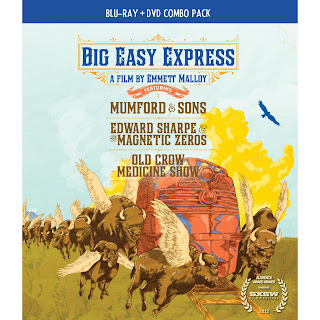 With the line-up for the 2012 incarnation of the Railroad Revival Tour recently announced - and speaking of which, honestly, I'm not tempted in the slightest to go, No offense to Willie Nelson or John C. Reilly - I figured it was time to re-visit the 2011 tour by taking a look into the recent blu-ray release of Emmett Mally's music-documentary on the six-date stretch. For more on the '11 RRT, you can look back at my thoughts of it in PART 1 and in PART 2. Okay, let's dig in... 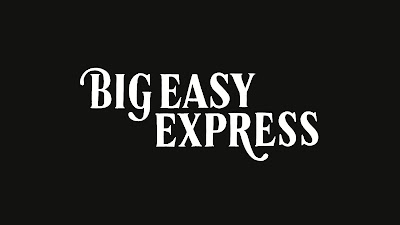 It's like we all left our baggage at home and only brought our instruments... 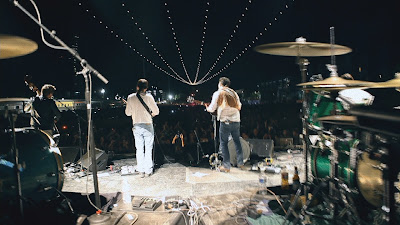 Personal Bias/Quasi-Film Review: Okay, by reading that first paragraph it's rather obvious my bias in that I was at one of the shows (and yes, you can see me in this documentary but I won't say when or where) but that's beside the point really. Why you ask? I enjoyed the show, but it certainly wasn't in my top 5 concert experiences of all time or anything like that. Let's also get something else out of the way, this isn't a music documentary as much as it is a music film. Sure, there are a few moments cinema verite fans will love - Alex Ebert waking a very blurry eyed Marcus Mumford comes to mind - there are a few interview moments with various members spliced in here and there - Old Crow's Willie Watson steals the show here with his talk on the love of the ramblers life and talking about the connection he has with the other bands just by the fact they also don't shower often either -  and sure, there is a journey and a story at the films heart: Three unique bands coming together to take on a musical journey across the land of America the way people did 100 years ago. The music is where it's at, and not even the concert footage (which is fun, but it isn't he highlight), but the post and pre-concert jams that take place (usually) on the train: The groups playing their own songs, playing each others songs (the outtake of Marcus Mumford doing Old Crow's "Take 'em Away" is a highlight I wish was in the film), jamming with each other and even in one case, Alex Ebert of Edward Sharpe is working on a new song based on the his journey on the tour. But this isn't a film that isn't going to get at the heart of any of the groups, because lets face it, two of the three groups are touring behind their FIRST record, they have no great long career journey...we're getting to watch them take steps on it though. Old Crow is the veterans here, and even though they don't get as much screen time or concert footage as the other two newer, more popular, acts, but they are the films central guiding force, they're the veterans of the road. Marcus Mumford at one point mentions how as a teenager he was into Dylan, but it was listening to Old Crow for the first time he understand the depth of country music - that it wasn't just "country," the folk, blues, the Americana behind it all. Old Crow is also the ones that recommend the almost too obvious Woody Guthrie tune "This Train is Bound for Glory" as the other two groups try to decide on "a train song" that the three acts could perform together to close out each show. It's a brisk, but not too short 67 minute runtime that never outstays it's welcome. The heart of the film is it's music, and the music is fun, it's lively, it's joyous even during the heart wrenching numbers. They didn't just leave their troubles behind, they left any hint of negativity or ego too, and that is a accomplishment in itself on a train journey of 150+ plus band and crew members - and it shows on film. 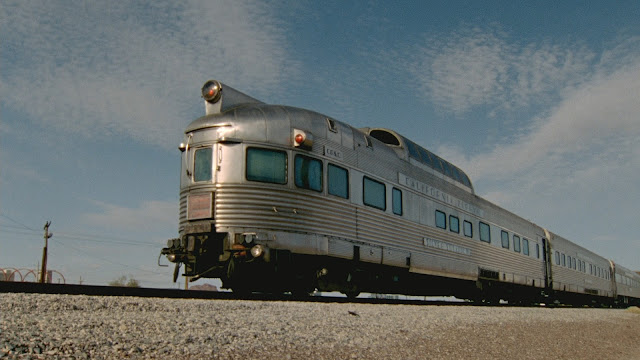 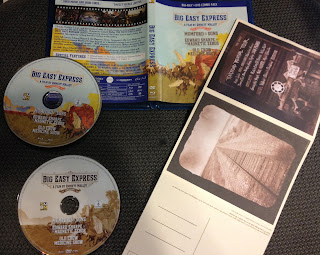 Aesthetically Speaking: While it has the "eco-case" that I absolutely hate, my list of cons on this release ends there. There is artwork (in the form of a map of the US showing each train stop on the tour) on the inside behind that afore-mentioned "eco-case," there is a bonus DVD (featuring not just the film but all bonus features as well), and a group of postcards - one from each train stop. Even better? Ketch Secor adds a little bit of verbiage to each postcard, and it can be hilarious, anyone who saw a RRT show with his constant banter about his love of their train knows what I'm talking about. The menus are nothing dazzling, but they are nice, custom motion menus that give you a hint of the film you're in store for. 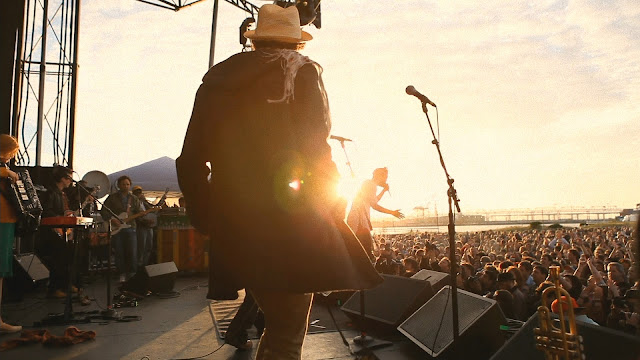 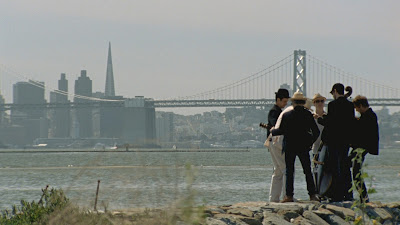 Visually Speaking: Shot on a mixture of DSLR, Panasonic HVX200 (a camera most familiar to this writer), 16mm and even 8mm film in a mixture of color and black and white, this is a documentary that, much like Emmett Malloy's previous doc outing White Stripes: Under Great White Northern Lights, has a unique look just by the fact that it incorporates so MANY unique looks, often within the same scene. The 16mm film shots are grainy, and the nighttime ones even more-so (the few select 8mm shots scene are far more grainy), the DSLR shots have that slightly muted, slightly to the red/gold tinted images that can suffer from a far too shallow depth of field. In a documentary you get used to those "find focus" moments as things are progressing live as the DP's film, however DSLR's have a far bigger sensor/frame size than 16mm film, so the depth of field is that much more shallow, and the find focus moments are that more apparent and often. It's a bit noticeable, not The Office noticeable, but it's there. The film is beautiful though, and encoded onto MPEG-4 AVC with a high bitrate, the beauty is as clean as you expect it could be. Where-as a music film like The Last Waltz gets much of it's beauty from being shot by high-end DP's on high-end 35mm film stock with numerous professional lighting cues, this is the type of film that gathers much of it's beauty from the exact opposite: those "just happened to happened" light changes - in sunlight, in stage light or other - that can give a beautiful shot or unique points of light look that wasn't necessarily planned. 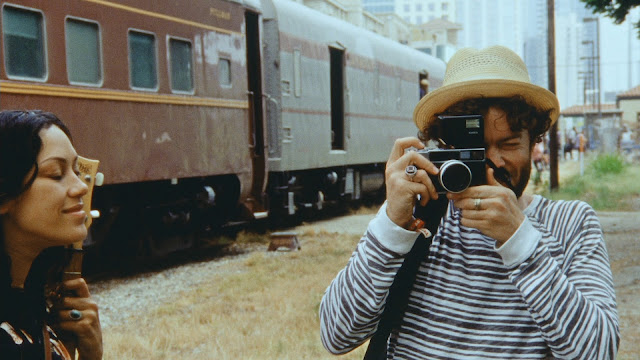 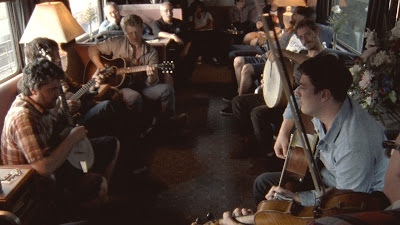 The Sound: Even more than video, in a music film of any type it's the audio that is most important, it is the heart of the film after all. Here, with a  DTS-HD master 5.1 track at 1.5MBps, you get exactly that. The concert footage is well mixed, a fantastic mixture of soundboard recordings that give live concerts their depth and the open air mic that give them their life. The train songs are well recorded despite the fact their being recorded live on a moving train, and well mixed considering I doubt more than two microphones were used to record most of them. Any dialogue or interview footage is well mic'd and no problems there. As a music film, it can rock, it can get loud, but it never gets distorted or at least obviously so. The music is where the documentary itself shines, and the sound is where this blu-ray does.

A/V Bitrates: As mentioned, the video is a AVC-HD variable bitrate that mostly finds itself in the lower 30's. The film is presented in the 1.78:1 "open matte" widescreen aspect ratio. The Audio is a DTS-HD 1.5MBps 5.1 stereo track. 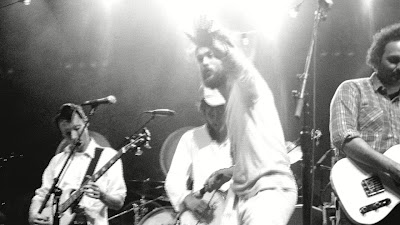 Bonus Goodies: As I mentioned in the aesthetics and packaging, the first bonus is when you open the case and find the six custom postcards. Necessary? Of course not, but like the fully laminated custom tickets from the shows themselves, it's a nice, classy touch. Also includes:
Deleted Scenes: A mixture of live concert and train songs/moments that were cut from the film. My favorites are the San Pedro performance of Edward Sharpe and the Magnetic Zeros where they bring on a twelve or so year old girl on-stage to sing "Janglin'" with them. I was there live for that moment and it was rather awesome. The other favorite deleted scene for me was a little jam session where Marcus Mumford takes lead vocals on Old Crow's "Take them Away."
Interview with Emmett Malloy: The director is interviewed here, moments before the documentaries festival premiere after some performances by the bands. It's a nice interview, it's not deeply informative into his process or making the film, but a nice interview where he gets across how long it took to put it together, most notably in the editing session.
Emmett Malloy's Photo Gallery: Lots of photos from the tour.
Trailer: If you don't know what that is, why are you here? 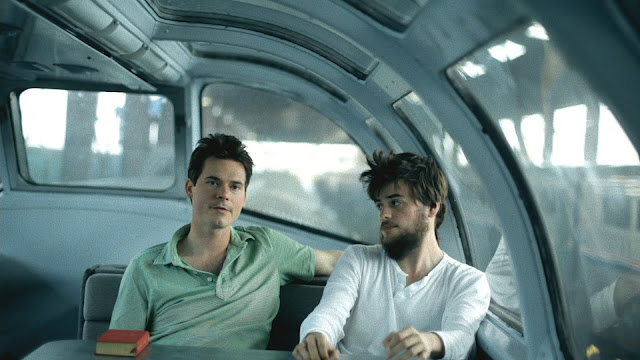 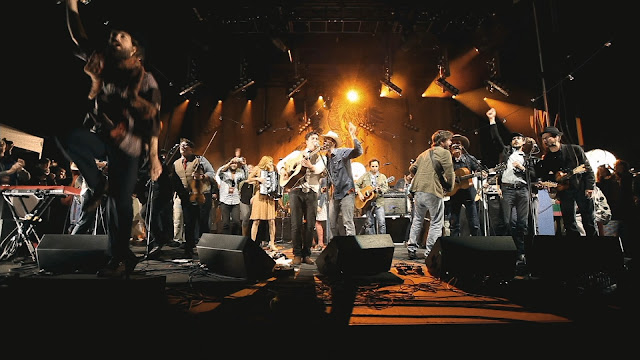 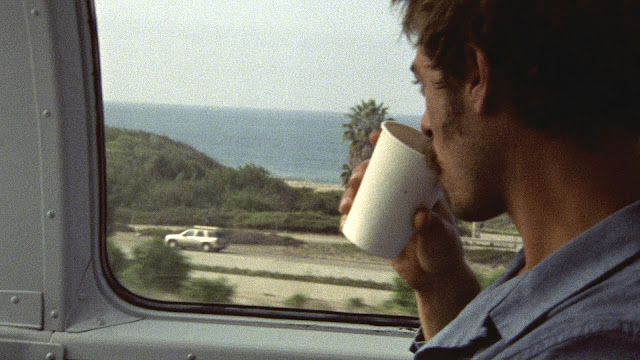 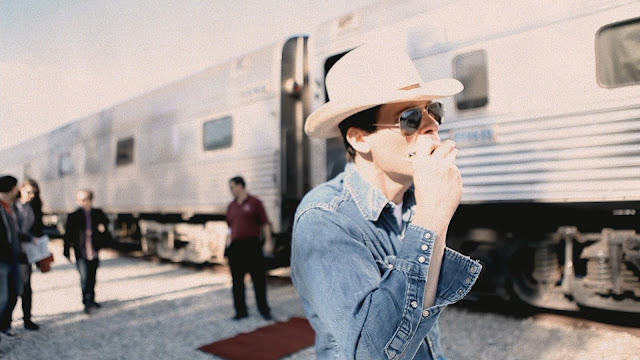 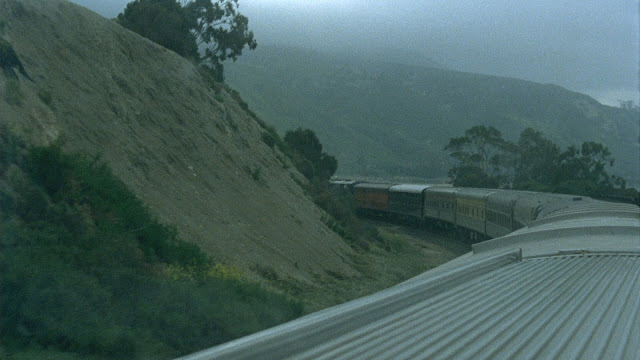 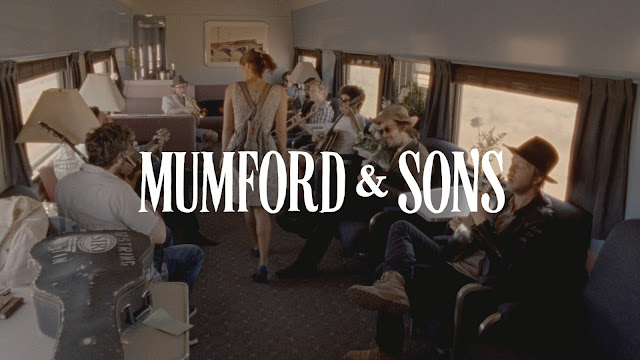 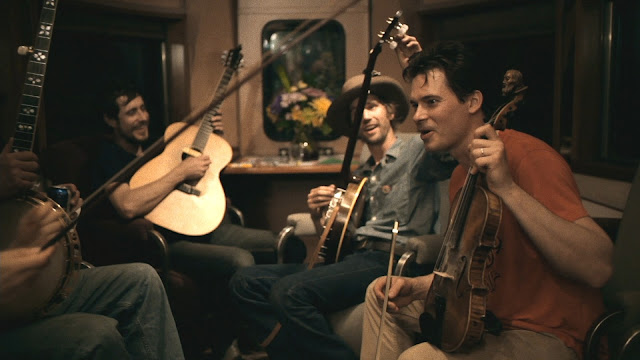