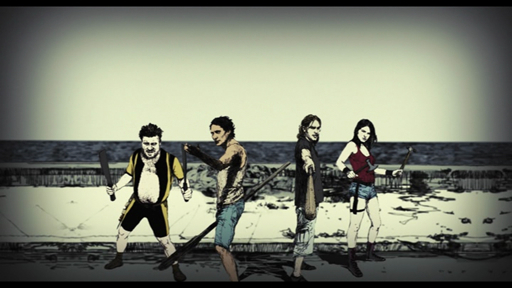 Get that name out of your head. Because if you go in with that chip on your shoulder thinking this is just a "stupid knock off" of Shaun of the Dead, itself a play on Dawn of the Dead, then you're going to miss out on an excellent entry into the zombie genre. And in a genre as saturated as this one it's great to see something fresh. What we have here is a film that gives a look at the working class of Cuba and then throws a zombie epidemic at them. The film lampoons the country as much as it praises it. Is it ridiculous? Absolutely, but it's a lot of fun and has some truly memorable moments. 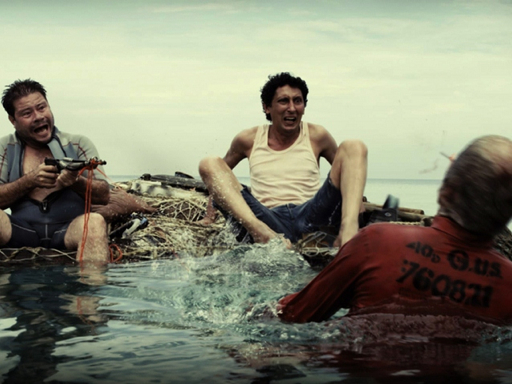 Juan is a lazy man child, a man with a good heart that spends his days whatever's or whatever scam can get him to the next while sleeping around with whoever he can. He has a daughter that is tired of his childish ways that Juan is desperately trying to reconnect with. He has loyal friends and a cast of colorful characters that inhabit his apt building. Then once day, zombies begin to appear. And like any good Zombie movie the numbers grow exponentially and soon we have a full fledged epidemic. The news' treatment of the zombies is hilarious, constantly calling them American Supported Dissidents. 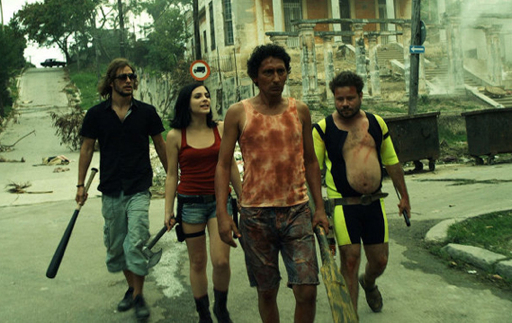 Juan, always on the lookout for a scheme, decides to use this situation to his advantage, and begins charging people for "killing their loved ones." this is of course the meat of the film and yields some great moments of gore. There's a great bit with a harpoon and one or two mass decapitations. I love that the characters find trademark weapons with a slingshot an an oar being standouts. Again this is a silly movie full of fun. 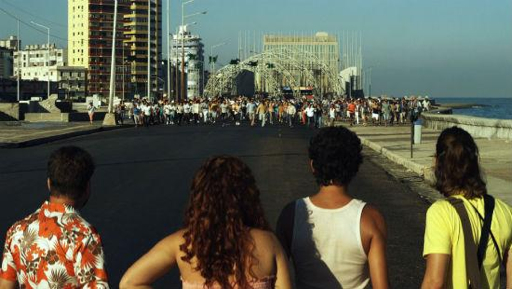 The film moves a long at a brisk pace and never forgets what it is. It puts some sociological themes about Cuba in there but they're played light, even the relationship with his daughter. They never go too in depth but give it enough time that we understand their relationship and it's not just tossed by the side. 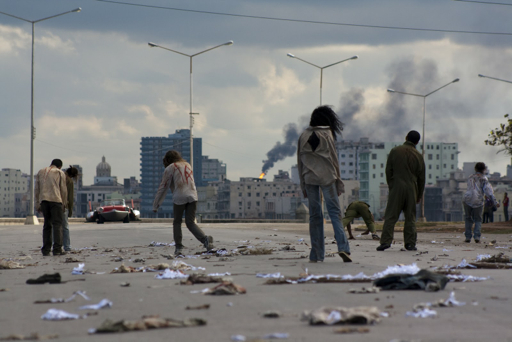 This is a chance worth taking. This is genre fare done with a nice dose of wit. The film references countless other zombie films, and does so with reverence rather than irony. My favorite easily being the reference to Fulci's masterpiece. Seek this one out.

One last thought - this ones only on DVD but still check it out.