End of the World: Final Countdown - Number Four: The Possibility of Mitt Romney as President 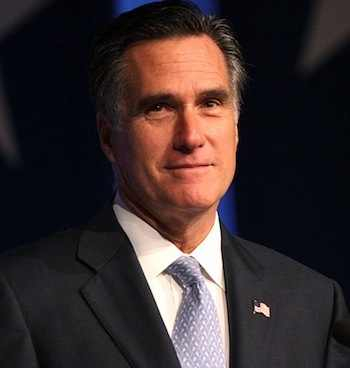 Not sure if you know this but the world is going to end this Friday. Now, I have it on good authority from an ancient civilization that we are all doomed. During the time it takes you to put on a sandwich board, let me regal you with a tale about the next of five signs that signal our doom.
The number four entry in our series comes from the Presidential campaign of one, Willard Mitt Romney. Now, I realize that he lost and I do not intend to gloat but his campaign remains a scathing indictment of the American political process. You know that someone chugs when Newt Gingrich refers to you as a "bad candidate" and that "he would have preformed better..." If that is not the Pot calling the kettle, Newt.

Most are viewing Mitt through hindsight and frankly, that is downright moronic. He made some ridiculously stupid statements and adopted positions that no sane person (let alone a presidential candidate) should make. Nobody made comments about how the GOP needed to change when the polls were "close" (Do not get me started on that). Catchers Mitt embodied what was wrong with American Conservative politics and now, he is the scapegoat for his loss. I guess that is what happens when you over correct.

P.S. Newt... There were a lot of things that were with the GOP's presidential primaries/campaign and Catchers Mitt was not solely the source of them.
Posted by Manfred "Manny" Funkowitz at 10:16 AM